In 2020, our world has and continues to be challenged in unprecedented ways due to the outbreak of the global Coronavirus pandemic — including football.

However, while not able to come together physically, the collective spirit shown throughout our society — and into the world of football — to help those who’ve been most affected by the virus has been remarkable.

Though some have dubbed 2020 as the ‘Forgotten Year’, instead 2020 should be the year remembered for the way it tested the world and made us question the very fabric of our society — but more importantly as a year defined by solidarity and teamplay. One where collective responses to collective problems paved the way forwards.

In a year defined by a global crisis, the Common Goal movement granted €600,000 through the COVID-19 response Fund, welcomed 83 new members, 50 of which were players or coaches and one an entire football club. Football’s growing social impact movement also surpassed €2,000,000 in grants towards member football for good organisations.

Throughout our lives, football has shown us: as a team, you can win any game. Even the toughest ones, against opponents you can’t see.

Just as great teams are built in times of adversity, it’s important we reflect on the learnings from this difficult past year and seek to take the positives as we prepare for 2021.

Here are the Common Goal 2020 highlights.

On the day before the biggest game in their history, Unionistas de Salamanca became the first Spanish club to join Common Goal.

Ahead of their clash with Real Madrid in the Copa Del Rey, Unionistas announced the club would be pledging 1% to driving social change through football.

Upon arrival club president Miguel Ángel Sandoval Herrero cited a moral obligation on behalf of the club for joining the movement.

“We believe that football should be something for the people. As a club, society bring us great things, so we want to give back that support and trust collaborating with the most needy sectors” he said.

“I want to empower women and young girls and show them that anything is possible,” she said.

Common Goal also welcomed its first competition to the movement, with the Danone Nations Cup pledging 1% of the tournament’s total budget to the movement.

Furthermore, filmmakers John Clarke and James Erskine chose to donate their $10,000 Humanitas Award prize to Common Goal after winning the award for their film This is Football: Redemption.

With the entire world moving into lockdown football closed its doors as the world attempted to make sense of the Coronavirus. But, while the game took a temporary hiatus from being played on the field, the work of football-based community organisations that Common Goal has teamed up with ploughed on.

In honour of International Women’s Day on March 8, we highlighted the different shapes and forms of female empowerment through the voices of young women and girls from these organisations, and how they’re using the game to push for a more equal world.

Bolstering a month full of empowering female players, from grassroots to professional football players, new recruit Amanda Sampedro gave an in depth interview discussing her life from the terrace to the pitch.

In light of the global pandemic the movement launched the Common Goal COVID-19 Response Fund.

This was done by establishing its existing framework to football players, football industry leaders and any other private or public funders as well as individuals, who wanted to make an immediate impact to communities around the world worse hit by effects of the Coronavirus outbreak.

It was also a month that saw members come together to help solve the COVID-19 Pandemic, after hosting the first and second halves of the Common Goal Live Match series.

Finally, April saw the movement make three new additions in the form of Babbet Peter, Bruno Iglesias and Xaver Schlager — who was welcomed to the team by Pernille Harder.

May saw the Common COVID-19 Response Fund allocate the first round of proceeds to 27 community organisations.

Despite the difficulties facing the world there was cause for some celebration at the football for good movement, with the signing of Caroline Weir to the team bringing the number of members to 150.

June: 13 football agencies unite behind Common Goal and US club take the 1% pledge

In June, 13 top football agencies who represent over 200 of the game’s elite players, united behind Common Goal in support of Germany’s most vulnerable young people.

The funds raised by the agencies were used to create virtual spaces to support those who lack access to education during the COVID-19 crisis in partnership with German NGO Die Arche.

“Sports teams should show through action what they stand for,” said club Chair Steve Aldrich.

“Oakland Roots was founded to be a force for good that expressed itself through soccer. Joining Common Goal is a natural step for us.”

June saw Common Goal members William Troost-Ekong, Johanna Omolo, Gideon Mensah, Onome Ebi, and Maxwell Woledzi become the first players to back an initiative spearheaded by the End Fund, which seeks to amplify the messaging of good health practices to respond to the COVID-19 crisis in Africa.

July signalled the arrival of five-time Scudetto winner, Paolo Dybala, after a season in which the Juventus playmaker was declared the league’s MVP of the season.

“Winning the Scudetto for the fifth time consecutively is an amazing team achievement, and I want to make sure that this success on the pitch is in harmony with my ambition as a person,” he said.

“Common Goal it the most simple and effective platform that enables me to maximize my ambitions in terms of social impact, while still being able to focus on my football career, and the other philanthropic activities which are close to my heart.”

Juan Mata also caught up with the legendary Ronaldo Nazário as part of this year’s World Football Summit to talk football giving back.

In August Common Goal celebrated its third year of changing the world through football.

Prior to his Champions League quarter-final tie, RB Leipzig star Dani Olmo sent out a message of solidarity and individual responsibility to other footballers by joining the movement.

In Uganda, we captured the work of Youth Environment Services, a grassroot organisation that uses football to tackle Uganda’s high teenage pregnancy rates through football.

September: Timo Werner one of nine new members to join the movement 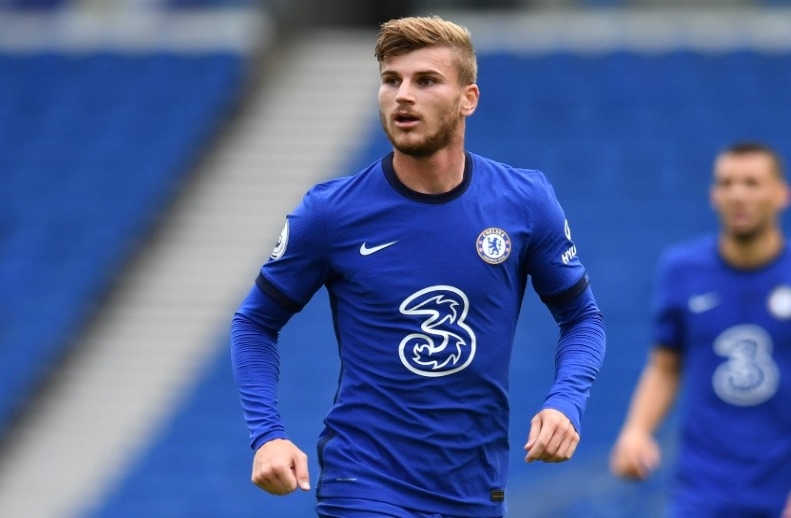 On the eve of his new club Chelsea’s Premier League tie against Liverpool in September - Timo Werner announced his intentions to bring about social change by joining Common Goal. 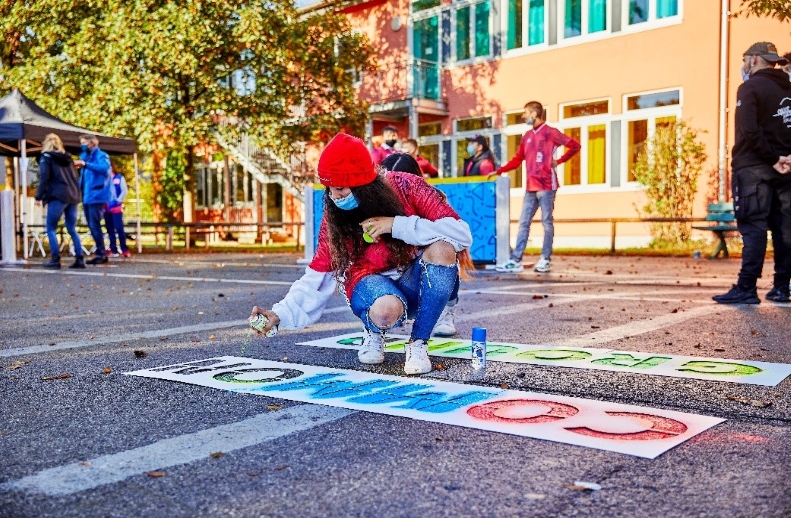 The project offers young people support and educational opportunities through the establishment of Common Grounds in Bundesliga cities across Germany in the years 2020-2021.

Following the launch of Global Goal 5 Accelerator in March, we caught up with some of the member organisations who were reaping the benefits in their communities because of it and on World Food Day we celebrated the game’s contribution to ending world hunger.

We cast our spotlight to India to hear the story of Supriya, a young woman who through the Oscar Foundation, empowers young girls to become role models in their community through girls-only football sessions.

November saw leaders from within the football industry, non-profit and private sectors and the global football community meet to discuss how football can maximise its contribution to both people and planet in a five-day WFS Live event.

Furthermore, we saw Common Goal member Allyson Swaby meet  with a young leader from the field and highlighted the beautiful game’s contribution to eliminating violence against women around the world.

Common Goal also celebrated the success of two partner organisations who were awarded with both funding and online mentorship for their efforts in battling gender inequality in Africa as well as that of America SCORES New York for their work in combatting racial inequalities through football. 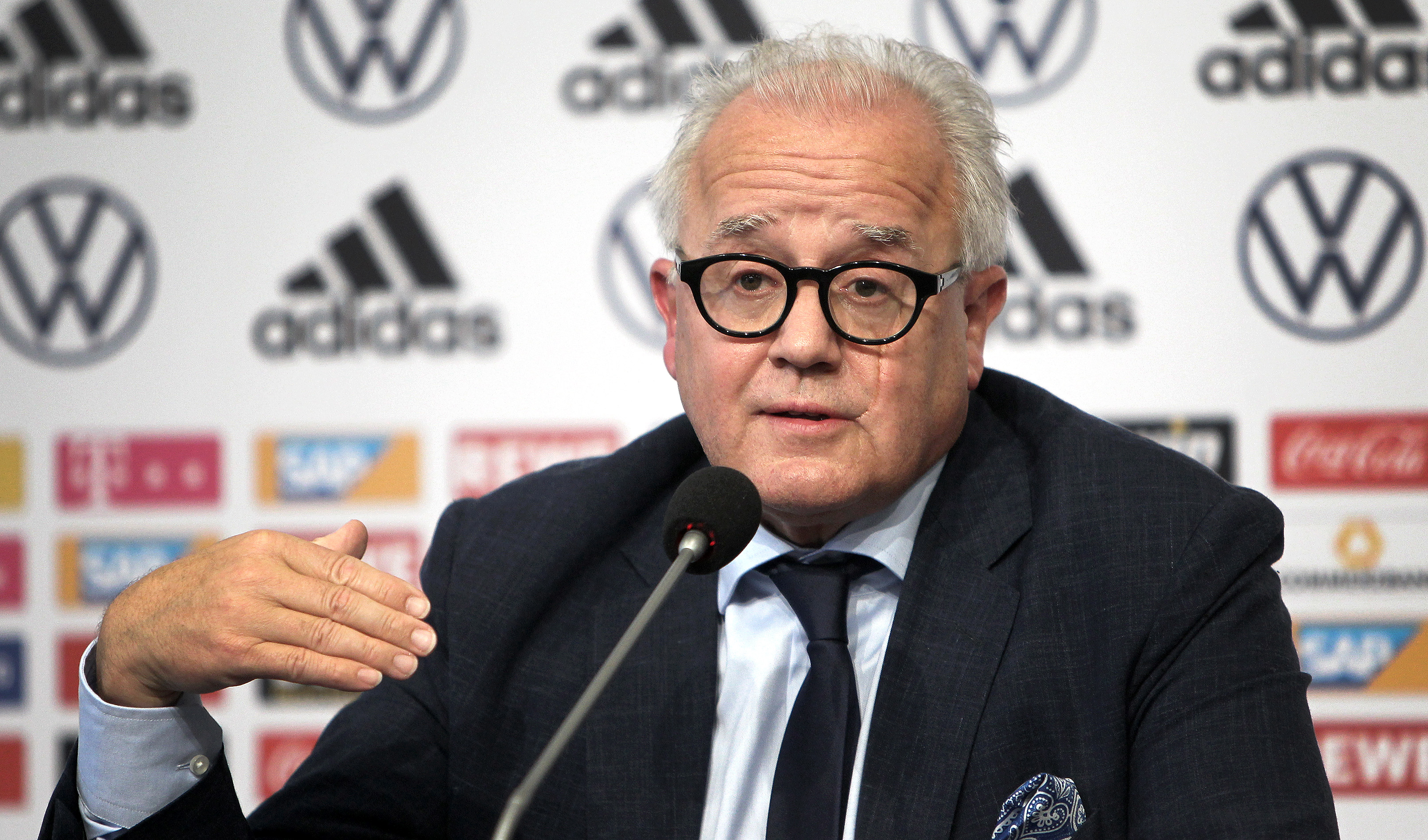 Since taking over as the DFB a little more than a year ago, President Keller has been a strong advocate of value-based football and believes the Coronavirus pandemic shows more than ever the now more than ever.

His 1% highlights the impact of Thuringia-based social project Spirit of Football, which uses the popularity of football as part of its programs to promote socially unifying values such as diversity, teamwork and respect.

Before their crucial Champions league qualifier in which the likelihood was that only one of them would progress into the knockout stages of the Champions League, Juan Mata and Dani Olmo cast on-field rivalry aside to talk of the importance of off-field solidarity in football.