America SCORES New York has been named a winner of the Beyond Sport Collective Impact awards for their work reducing racial inequalities through its unique combination of football and poetry.

The Big Apple branch of the nationwide football-based community organisation America SCORES were awarded the honour of a 2020 Sport for Reduced Racial Inequalities Collective Impact Award by Beyond Sport, a non-profit that celebrates, supports, and raises awareness and funding for organisations using sport to help make the UN Sustainable Development Goals a reality.

“The award complements what we’ve been working on over the last said years which is to redefine ourselves officially as a social justice youth development organisation.

“While we have a lot of work to do, we’re proud to have made some strides in this area which are being recognised by Beyond Sport. 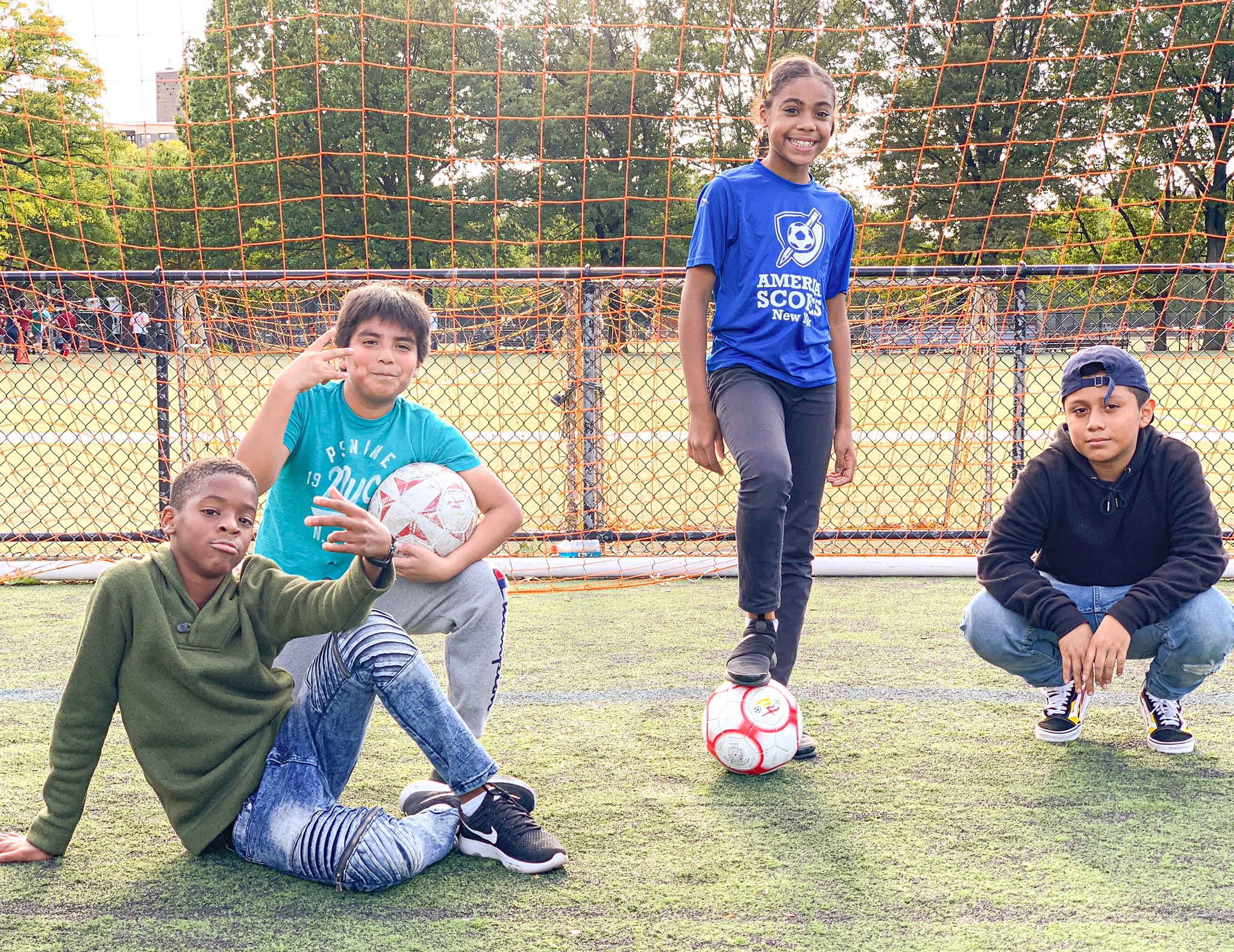 “Perhaps even more exciting, is that it’s [the award] meant to support collaboration between these groups with the help of industry experts, to come up with shareable solutions to addressing racial inequities in sport to support Black communities and other communities of colour.”

Back in 2017, Common Goal teamed up with America SCORES through former Arsenal player and three-time Olympic Champion United States international Heather O’Reilly, who decided to pledge a minimum of 1% of her salary towards their work in helping tackle social issues through football.

The organisation’s work, which spans 12 cities and reaches a total number of more than 12,000 beneficiaries every year, partners with public schools to combine football, writing, and creative expression – bolstering academic improvement in parallel to increased fitness, and experiencing a greater sense of confidence and belonging.

Though, as the New York team approaches its milestone 20-year anniversary, never has it experienced a year like this one.

During the Covid-19 pandemic, like all local affiliates, America SCORES New York was forced to continue its activities by switching to online programming to support its Poet-Athletes and their families.

“These spaces that exist on the field, in the classroom and most recently, online, has provided our Poet-Athletes with an opportunity to regain control over their bodies, build confidence, and empower them to take control of their lives, on the field and off.”

The implications of the virus, however, continued to highlight the inequalities existing in New York and beyond, particularly in BIPOC (black, Indigenous and people of colour) communities in which it operates.

Not going unnoticed by its young people, and compounded by the Killing of George Floyd, during daily sessions and poetry open mics, the New York Poet Athletes were able to bring their frustrations and fears to the forefront, discussing social justice, race, and discrimination.

“The brutal murder of George Floyd is the latest in a tragic pattern of events that are the product of centuries of racial discrimination and injustice against the black community,” read the organisation’s statement.

“We believe young people can help us create a more inclusive, cohesive, just, and united humanity; a society where no one lives in fear because of the color of their skin; a world where intolerance, inequity, and systemic racism do not exist.

“To our America SCORES poet-athletes: your opinions, feelings, and ideas are important. We love you, we see you, and we are committed to working alongside you and to amplifying your voices. We urge everyone to join us in listening to you. We hope society will take your words to heart as we fight for a better tomorrow.”

More than ever before, these safe spaces for young people, typically found on the football field to express themselves, became vital.

But by standing by its young people in their communities and its commitment to prioritise racial equity, social justice, and safe spaces for its young people, what has arisen is a renewed sense of hope moving forward.

Despite the difficult circumstances, catering to the needs of its participants was met by an unwavering eagerness from its Poet-Athletes to change their world, encouraging further conversations about community, equity in all forms, and their role as leaders in sport and society.

“Throughout all of this, we’ve realised that our impact as an organisation and as coaches lies far beyond the football field and is based primarily on hope,” said Gomes.

“We’ve shown up for our Poet-Athletes throughout the last seven months and have been eager to expand on our relationships with them in this virtual space, and in turn, they’ve shown us all the hope there is for the future with them as our leaders.

“We hope to return safely to the field with all of our young people soon.

“Until then, we will continue to amplify and uplift the voices of our young leaders as we work toward a more equitable New York City.”