Fútbol Más’ General Director turns provider, pledging 1% of salary back to his own sector

Thomas Farines is the general director of Fútbol Más in France – a football-based community organisation – and knows first-hand the potential the game can have on the lives of disadvantaged young people globally. With his role usually being on the receiving end of the 1% pledge and helping implement its contribution, now he’s turning provider – becoming the first director from an organisation receiving funding to commit 1% of his own salary to the football based movement. In what is a Common Goal first, here he pens his reasons for doing so.

Every day, I see first hand the positive impact that football for good has on the lives of young people.

At Fútbol Mas – a key part of our work is enabling our young people to understand the process of resilience and providing them with the opportunity to develop crucial life skills.

These skills are often centred on finding employment and providing them with new opportunities for personal development.

These opportunities may come in the form of networking with people they would otherwise never meet outside of football or getting the chance to up-skill through courses and acquiring new knowledge.

Both mentally and physically, the changes in these young people that have walked through our doors are immediately apparent. The confidence they regain and their capacities to move forward are prevalent in each and every one of them.

Being witness to such clear and positive individual development and the game’s ability to invoke true change has become normal to me.

The problem was I thought this belief was only shared by my colleagues and those of us working within our sector.

I first heard about Common Goal in 2017, when it was launched by Juan Mata and Jürgen Griesbeck – I admire Jürgen a lot for his achievements in the Sports for Development field, and also for the time and effort he has given me for my personal development as a worker in the same field.

At the time I was just starting my own project in Greece with a friend Dan Teuma for his organisation Aniko – using football as a tool for the protection and social inclusion of refugees among local communities – which led me to live in Thessaloniki for three years, and work with a lot of different people from all over the world.

For those of us involved in Greece, we were unequivocal in our belief that the Common Goal project made a great deal of sense, because 1% of the yearly salary of a star football player could fund our own start-up organisation for the whole year.

Some players, like Marcus Rashford, Megan Rapinoe and Juan Mata, already use their high-profiles to bring about social change, already aware of the brightness that their spotlight provides and the opportunity they have to shine this light on social issues that are giving them concern.

Common Goal gives the opportunity for every footballer player or coach on the planet to use theirs too.

It also gives people like me the chance to do the same.

I was always thinking that once I had the opportunity I would like to become involved and help others to develop their own projects, like I had mine.

I look around at the world struggling to come to terms with the global pandemic and can’t help but feel the time is now to make my own 1% pledge. 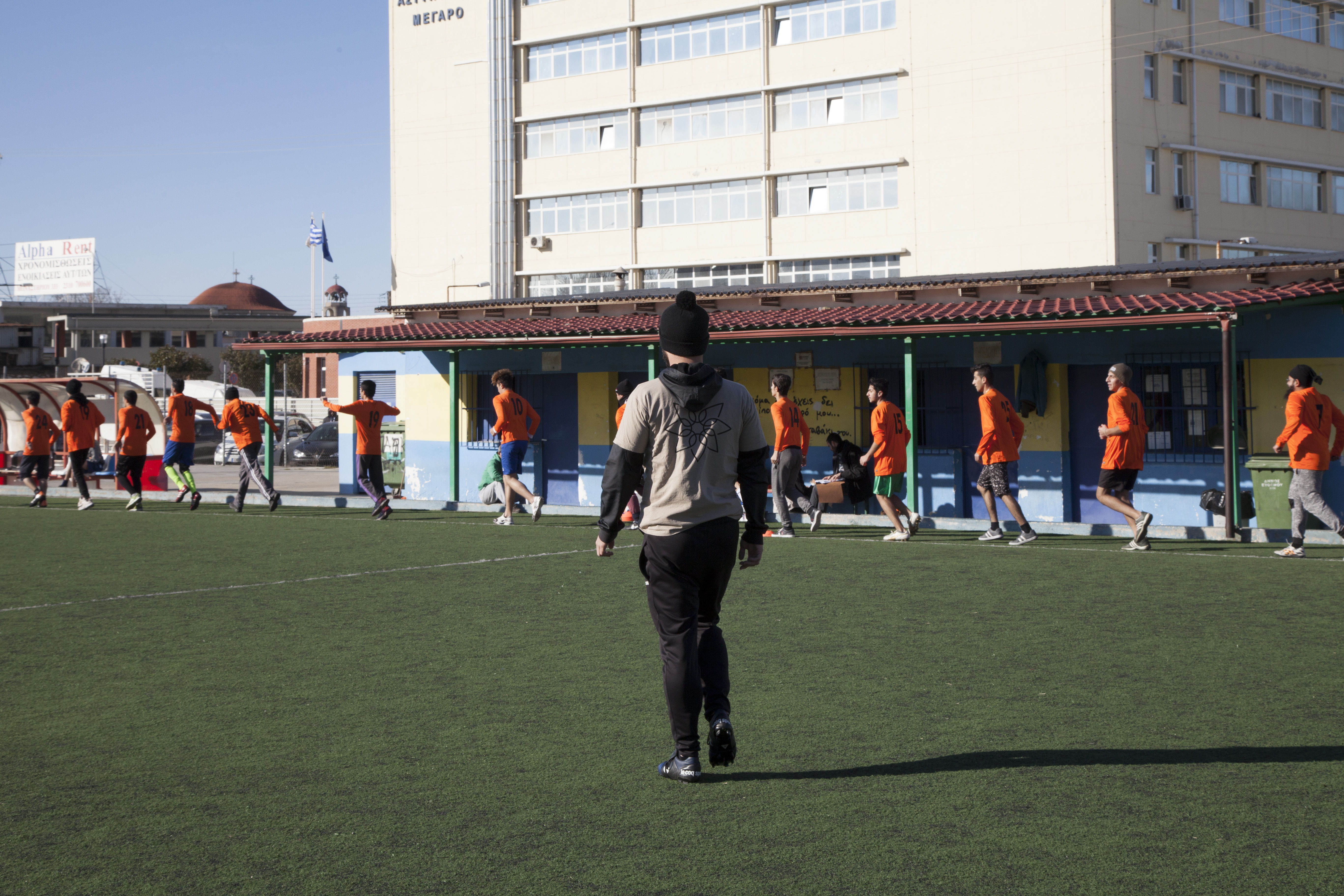 All aspects of what was normality have been affected this year, bringing an economic crisis that has had a different impact on all sectors, including ours.

With that in mind I feel that the best place to channel my funds is towards the collective effort being made to help organistions and their surrounding communities that have been seriously impacted by the economic fallout of the Covid-19 virus.

I am not rich and I am aware that my pledge would not change the world by itself, but just like a shoal of small fish which better defends together than they ever could alone, if there were ten others making pledges from positions like mine,then we could have a positive impact and provide really valuable resources for other projects who now find themselves struggling to survive.

I work for an organisation that is present in eight countries, each of which are in very different circumstances.

All over the world, we can learn from the young people we work with. After all, they are at the centre of our work.

We have to open our ears to their opinions in order to learn and also to further develop ourselves as individuals within our wider societies.

When a new member joins Common Goal, I know these pledges go a long way in helping us to continue to bring positive change in the communities in which we intervene.

I hope my 1% pledge can be viewed as an act of solidarity between my organisation, and the many other organisations around the world, as a symbol that we are all in this together.