In a week where football’s fight against racism was once again brought into question, Common Goal launched its Anti-Racist Project to take action against discrimination and move beyond symbolic gestures.

Backed by Black players, teams in North America, fans, and coaches at all levels, unite to reinvigorate the campaign against racism in the game.

Finally, we (virtually) travelled all the way to South Africa to hear the story of Mpumi Nkosi, who through football has changed her life for the better.

TIME TO TAKE ACTION TO END RACISM IN FOOTBALL

In order to accelerate and scale this impact, the members of the coalition are inviting all industry stakeholders interested in making football more equitable to join the project, first in the U.S. and then internationally.

Current USMNT player and Manchester City goalkeeper Zack Steffen is one the first players to pledge his individual support to the project.

“There’s been so much talk over the last months about racism in soccer and beyond, and enough is enough,” said Steffen.

“It’s time to take action. We need to show people how to be anti-racist.

“I wanted to join this project because it is the kind of collective action necessary to make large-scale change, and I hope that this project will go worldwide and create a new culture of inclusion in as many countries as possible.” 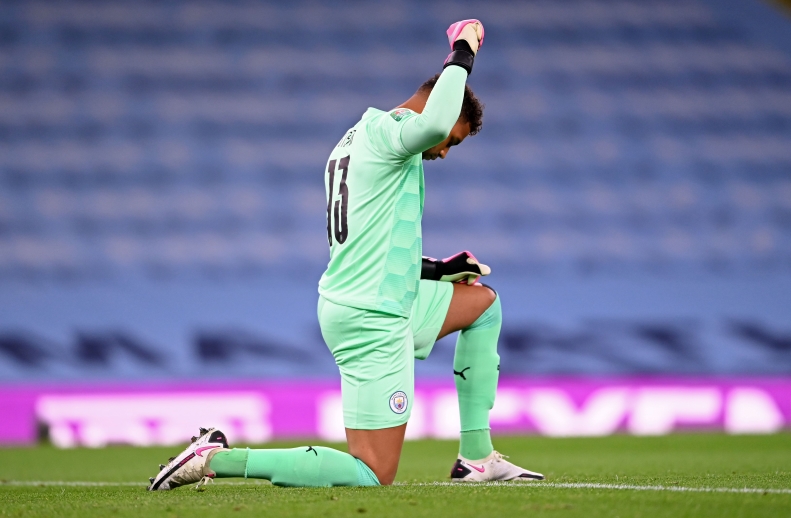 You can read an in-depth article featured in The New York Times about the players, clubs and motivations behind Common Goal's new Anti-Racist collective project here.

Long aware of his privileged position, the former Bayern Munich and Borussia Dortmund midfielder has consistently been a supporter of numerous social projects and organisations over the years.

Sebastian feels that the coronavirus pandemic and its destructive impact all over the world has emphasised what he believes is his duty to give back.

“As a footballer, right now it is even more important to set an example, to do even more for society, for the people who are not doing so well,” he said.

The Former anchor for CNN and managing director of communications at UEFA, Pedro Pinto, felt now was the right moment to give back — and hopes that with the addition of his communications company Empower Sports, many more within the football industry will follow suit.

“I am delighted to announce that my communications agency Empower Sports has joined the Common Goal movement,” he said.

“It gives me great pleasure to be able to contribute to a social cause, and to do so with a trusted and credible partner.

“I feel strongly that football, as the most popular sport on the planet, has a tremendous potential to be a force for social change.

“Revenues in the football industry are huge, or they were huge before COVID, so I believe that athletes, coaches, clubs and federations have a responsibility to give back to their communities.”

GETTING UP TO SPEED

Our story from the field this month came from Mpumi Nkosi (13), a young participant at Altus Sport in South Africa, an afterschool programme that educates young participants on subjects like menstruation, puberty, gender equality and healthy eating — all through the beautiful game.

Read Mpumi’s story in her own words here.