In February, Common Goal came together with a diverse coalition of leaders from the US football industry to unite in tackling systemic racism in both football and society.

The Anti-Racist Project will scale a modified version of a tried and tested curriculum developed by Common Goal partner and football-based community organisation The Sanneh Foundation.

Through which a toolkit designed by Black, Indigenous, People of Color (BIPOC) experts will provide anti-racist training for players, coaches, fans, club staff, and executives from the grassroots to the elite level.

But where players are still being racially abused in the professional game, despite the ongoing anti-discrimination measures, the calls for concrete action across the wider football landscape continue to grow.

Individuals such as Wilfred Zaha and Les Ferdinand, in addition to the entire squads of Brentford Bournemouth and QPR, are all among growing litany of doubters questioning the impact behind the gesture of taking a knee.

As they, and those in favour of anti-discrimination projects, seek further answers, on International Day for the Elimination of Racial Discrimination here is a closer look at the organisations Common Goal has partnered with which are harnessing the power of football to tackle racial discrimination to create long-term social change. 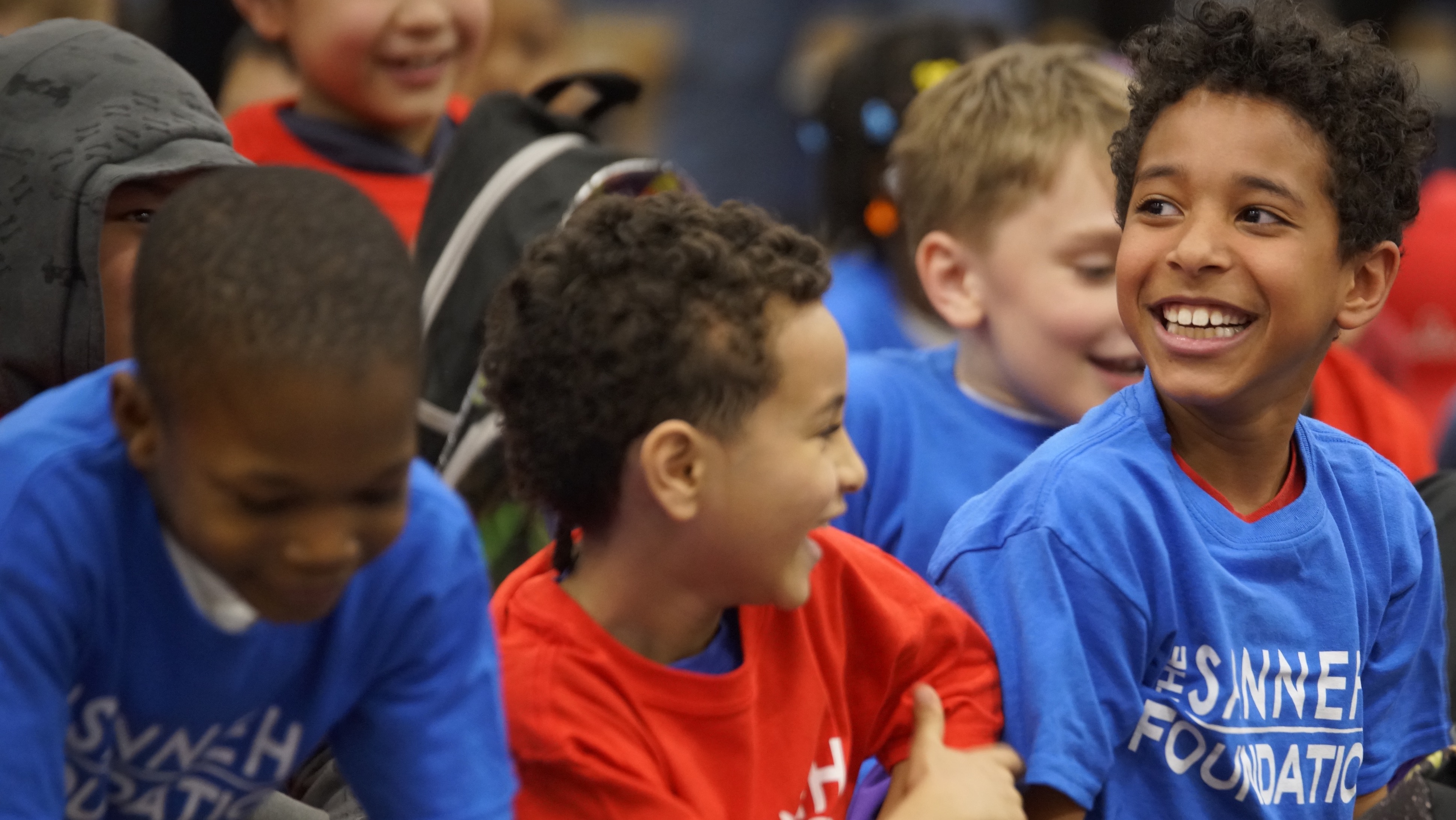 Over 17 years, The Sanneh Foundation’s work has become a force in Minneapolis and St. Paul – employing 50 full-time staff and raising an annual budget of more than $3 million to serve thousands of minorities in Sanneh’s hometown.

In the Twin Cities young people of colour lack access to high-quality activities outside of school which are a crucial part of personal development. The resulting achievement gap means many of The Sanneh Foundation’s young people face barriers denying them opportunities.

The Sanneh Foundation uses football as a tool to try and change this.

The organisation focuses its efforts on the young people from the inner-city and immigrant communities and aims to provide programmes for at-risk children using football to unite communities, improve lives, and empower children.

Part of the organisation’s football curriculum teaches participants how to react, resist, and report racist incidents. Using the ‘train the trainer’ model, this curriculum can then be taught, multiplied, and rolled out into the community, with a host of coaches then responsible for delivering these methods to players, parents, and coaches.

“You could come down to our sessions and see that for the youth there, no, it doesn’t matter what you look like,” said Sanneh.

“You can have a refugee from Cameroon and a kid from Mexico and they’re walking around like two peas in a pod.

“And that’s what we’re going to see in ten years because we’re putting together an environment where these younger kids don’t see race. They see smiles.

“I think people feel comfortable here because they know it doesn’t matter what they look like. The families understand what it means to be a part of The Sanneh Foundation.” 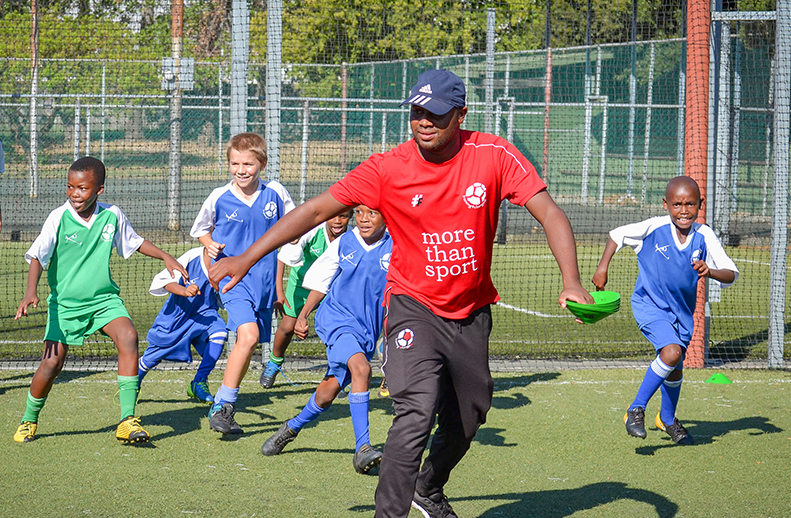 South Africa has come a long way since the dark days of apartheid but issues like racial injustice still persist and can come in the forms of poor quality education, unemployment, and the prevalence of HIV/AIDS within marginalised communities to name but a few.

training4changeS harnesses the beautiful game to create a football family as an opposing team to the country’s racial divides; encouraging young people to empower themselves, offer them the skills they need to succeed, and create social change from the bottom up.

“One of the most evident things in this part of the country is inequality and that is racialised,” said founder Daniel Thomae.

“Everything is racialised in South Africa. The majority of NGOs are working in a particular community and most communities are racially divided. You’re doing great work, but you’re still only allowing kids to relate to people who are like them.

Our concern was that this played into the historical narrative which is ‘you belong in your space’. From the beginning, we tried to work across those divides.” 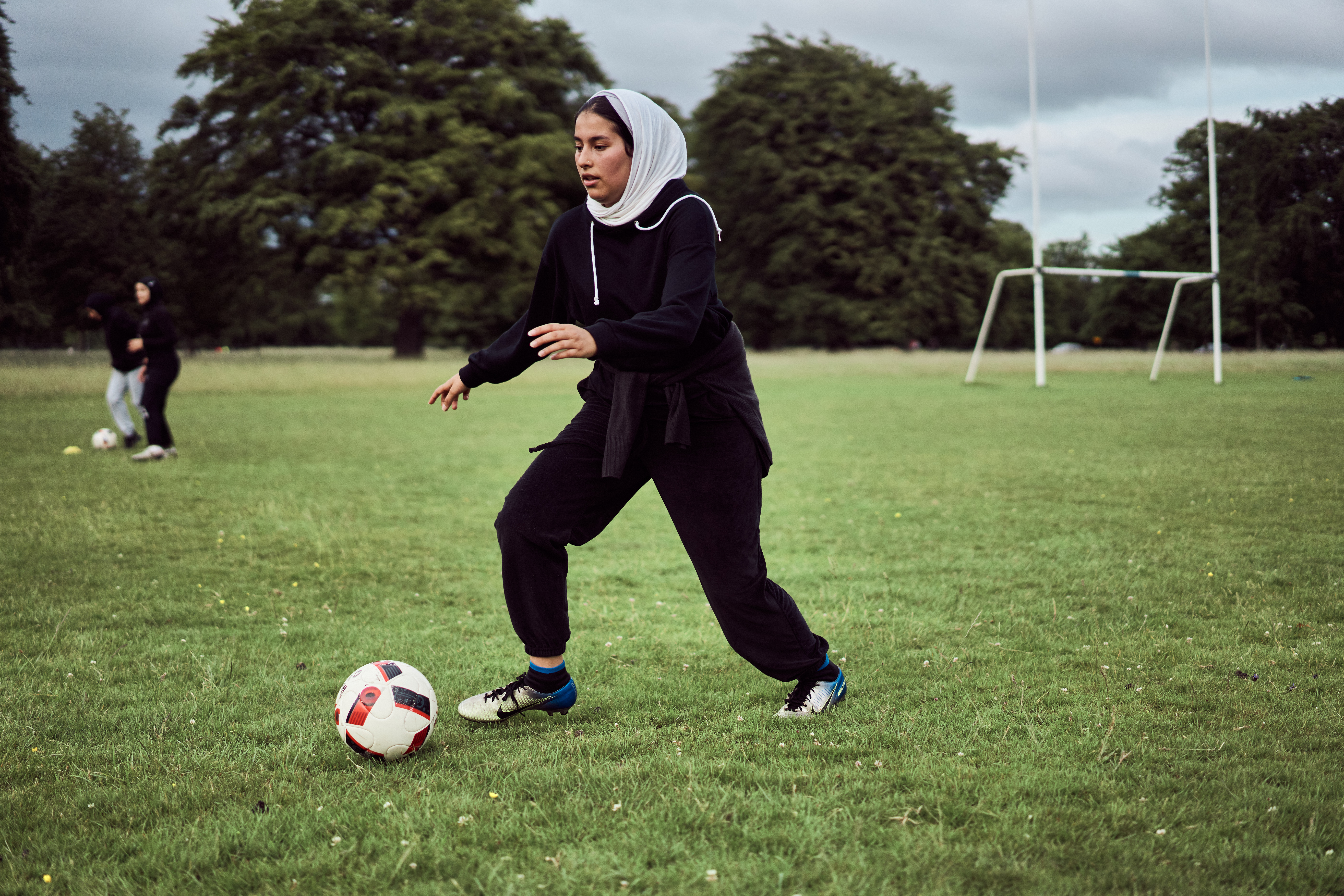 Sport Against Racism Ireland (SARI) was founded in 1997 as a direct response to the growth of racist attacks from a small but vocal section of people in Ireland.

“There's a problem in the Irish Republic with xenophobia — it’s a small island, small population,” said Ken McQue, International and Education Officer at Sport Against Racism Ireland, during an interview with Europeana Sport.

“Xenophobia can lead on to racism so we wanted to interrupt that. In Dublin, there were a lot of migrants coming in as refugees or waiting for asylum.”

The organisation’s annual Fair Play Football Cup involves over 100 football players drawn from refugee and community groups aiming to highlight the contribution of refugees to communities throughout the Emerald Isle.

SARI also hold Anti-Discrimination workshops in schools around the country that bring together pupils on the pitch or playground to play sport, and to consider and challenge different forms of discrimination.

These workshops grow ever more important as migrant advocacy groups warn that Irish children are becoming increasingly involved in racist incidents, as figures show almost one in every five cases of racial abuse is perpetrated by under 18s. 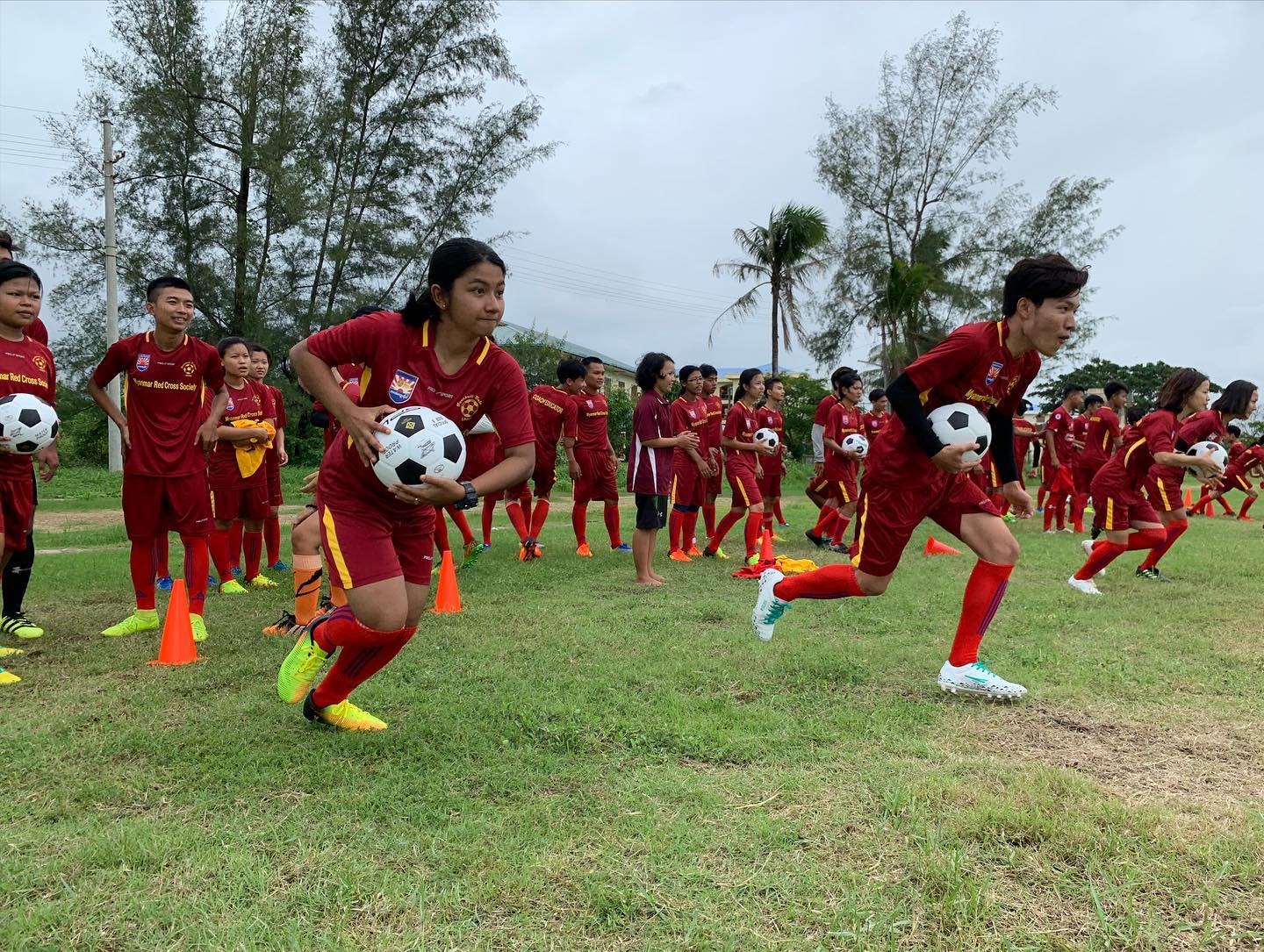 Myanmar is still rife with racial tension after hundreds of years of armed conflict between ethnic groups. Peace building is facilitated by empowering young people to become socially conscious coaches, role models, and leaders in their communities.

Utilising a football-based social cohesion and grassroots peace promotion project, Football United hopes to reduce prejudice in Myanmar and attain long-standing peace in one of the country’s most

Now approaching post-conflict status, Football United is working with the Red Cross and Hpa-An University to train students of the university and local community volunteers to become change agents of social cohesion and racial harmony by providing platforms of reconciliation through football.

The Peres Center for Peace, Israel

The city of Jaffa, on the coast of Israel, is a region filled with violence and political turmoil among the Arab and Jewish, Israeli and Palestinian communities that reside there.

The Peres Center promotes peace and education for young people to create a positive perception change among these diverse communities by fostering values of shared-living, and changing attitudes toward the ‘other,’ while defusing stereotypes.

Utilising football and educational activities – The Peres Center establishes a number of "Twin" football teams, Jewish-Arab and Israeli-Palestinian, to play together as one team, for an entire year of activity.

At the end of the ‘season’, all participants meet and take part in a Mini World Cup - and together with ambassadors and diplomats from around the world, heads of authorities from across Israel and Premier League players, the boys and girls enjoy a full day of sports, fair play and life together.

“In the past I did not even want to hear the story of the ‘other side,’” said young participant Hadar Zaguri.

“Today, through the sport project, I see that Arabs are just like us, people exactly like me. The most important thing is that my views have changed.

“I learned that every story has two sides. I am not scared of Arabs anymore.” 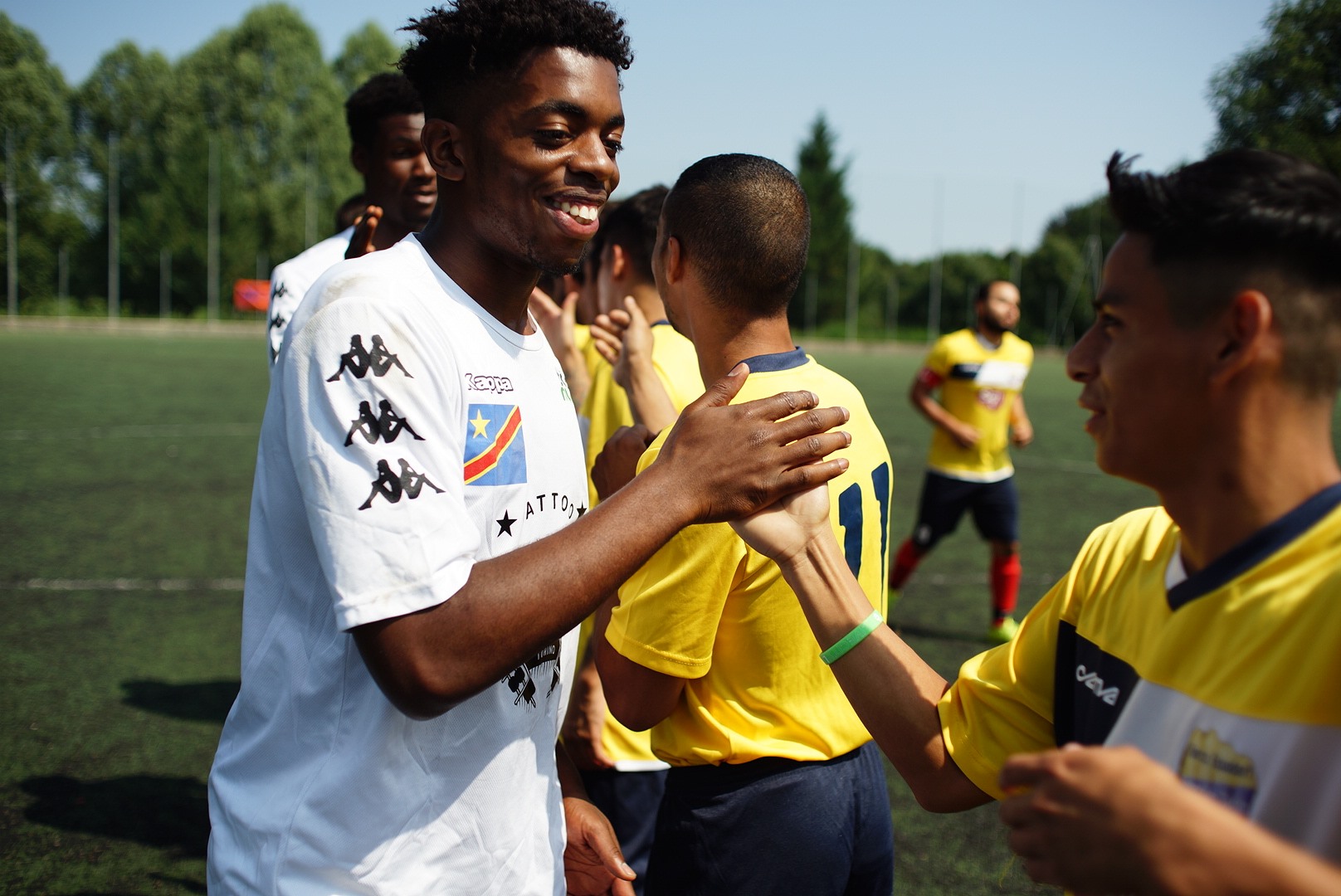 Balon Mundial was founded in 2007 to use football as a tool to integrate refugees and migrants and break down local prejudice towards them.

Due to its location on the Mediterranean and membership in the European Union, Italy has become a popular haven for refugees and migrants from around the world.

With immigrants making up over 10 percent of Italy’s population, social integration resources are increasingly strained, and racial prejudice has been growing in the region.

The organisation provides two annual tournaments, the Balon Mundial Cup (the world cup of migrant communities living in Turin), and Football Communities (a tournament composed of teams of players from Turin refugee shelters) in a bid to prevent stigmatisation and racial discrimination in the city.

“More than anything, Balon Mundial is about bringing people together and recognising our similarities rather than our differences,” said Ansu, a participant from the organisation.

“That’s what football really does. It breaks down prejudices and builds bridges between all of us, no matter where we were born or the colour of our skin.

For me personally, I know that no matter what kind of day I’ve had or how frustrated I’m feeling, playing football makes everything better. I feel free when I’m on the pitch, I put all my worries to the back of my mind and just play.”