Despite Natalia Gaitán and Magaly Torres growing up being told the sport they love is a ‘man’s game,’ they both have put football at the centre of their lives. The two grew up in different countries, Natalia in Colombia and Magaly in Mexico, but their efforts to use football to drive gender equality across Latin America brought their paths together.

Natalia represented Colombia at the 2012 and 2016 Olympics and the 2015 World Cup and currently plays for Tigres. In 2019, she joined Common Goal, pledging 1% to the Global Goal 5 Accelerator – a collective project helping increase opportunities for girls to play football, coach, and fill leadership positions.

Last year, after rounding up the initiative's pilot phase in East Africa, the region with the lowest girls’ football participation rate on the planet, a new chapter was launched in Latin America under the banner SOMOS Equidad (WE ARE equity).

Out of a desire to help improve conditions for players in the women’s game, Natalia and her Colombia national team and Common Goal teammates Isabella Echeverri, Vanessa Córdoba, Manuela Acosta, and Melissa Ortiz helped launch the new chapter in their home region. 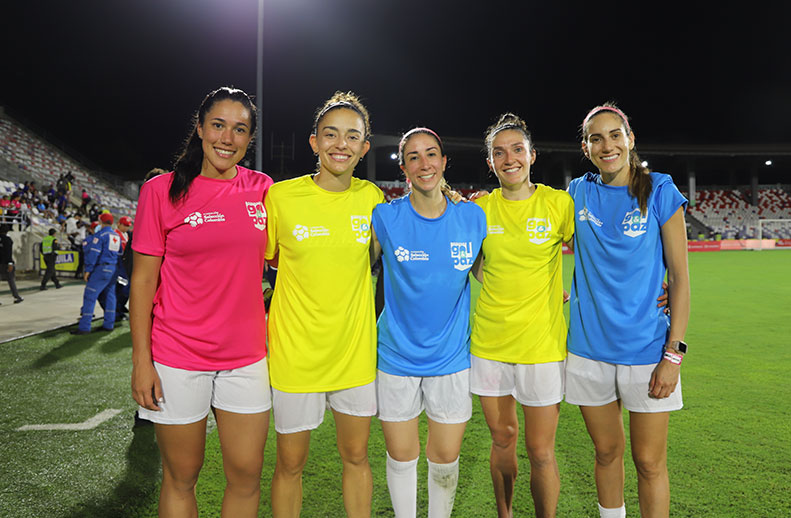 Soccer Without Borders, Women Win, and Fundación Selección Colombia are the leading partners of SOMOS Equidad and 12 football for good organisations across the region, including Fundación Fútbol Más in Mexico, where Magaly works, help implement the initiative’s methodology.

Over the summer at Semana Gol y Paz, a SOMOS Equidad festival organised by Fundación Selección Colombia and Fútbol Con Corazón Colombia, Natalia and Magaly linked up. The two shared stories about the obstacles they faced playing football growing up and discussed how SOMOS Equidad is breaking down barriers for girls across the region.