In 2014, the United Nations General Assembly declared July 15 as World Youth Skills Day to celebrate the strategic importance of equipping young people with skills for employment, decent work and entrepreneurship.

For years – many of the Common Goal partner organisations around the world have been working towards the same goal through a combination of football and education.

In celebration of World Youth Skills day here are five of those organisations using the beautiful game as a vehicle towards employment and educational opportunities around the world.

Supported by the likes of Chelsea’s Timo Werner and Leicester City’s Kasper Schmeichel, Street League was founded in 2003 to help combat unemployment for young people in the United Kingdom.

Youth unemployment rates vary drastically across the UK, with some regions at more than double the national average. In these regions more than a quarter of 16-24-year-olds are unemployed.

Street League has had more than 24,000 beneficiaries since its inception and seen more than 10,900 young people progress into work, education, and training schemes.

Recently, however, it was found that, across the UK, unemployment among young people is set to triple to the highest levels since the 1980s due to the effects of the coronavirus.

During the pandemic photographer Aaron Parsons met and photographed young leaders from Street League in Birmingham to explore how the UK’s national sport is helping them beat those odds and find work while unemployment is on the rise.

You can read more on that here.

Recognising the dire statistics in India that only 30% of young people have a secondary school education and less than 20% have salaried jobs – Magic Bus has been tackling unemployment and education since 1999.

Since then, the football-based organisation has transformed the lives of 1 million children and 35,000 young people in India.

Offering, among others, football based education services, the organisation has managed to lift the average age of school leavers significantly in those who take part in Magic Bus programmes and 70% of their graduates progress into jobs with a sustainable income.

Due to the coronavirus wreaking havoc across India over the past few months resulting in a catastrophically high death toll, we looked into how Magic Bus and other Common Goal partner organisations have been doing everything in their power to keep afloat during these times.

You can read more on how these organisations continue to provide young people with the skills necessary to progress towards successful livelihoods as adults during times of pandemic here.

In Atlanta, young people with are faced with high unemployment rates and a lack of support to effectively apply for available jobs.

Recognising that many of these hurdles can be overcome with their football-based teachings, Soccer in the Streets provides trained coaches for young people who teach skills and life lessons, such as personal responsibility and job readiness.

One of their programmes ’Positive Choice Soccer’ is geared towards elementary school children building character traits for future employment while fostering interaction between children from different backgrounds.

Meanwhile, their ‘Life Works’ project is aimed at teenagers, enabling them to pursue economic independence through hands-on learning activities and employment experience.

They also provide the community with the ‘StationSoccer’ initiative – an initiative that builds football pitches and community classrooms in and around metro transit hubs.

Soccer in the Streets empowers as many as 5,420 young people annually towards better lives, education and employment.

Oltalom Sport Association has been operating for more than ten years, with one particular goal in mind: to help young people gain access to employment.

Young people in Hungary face a number of challenges growing up with high rates of youth unemployment and limited access to higher education, which often result in drug and substance abuse.

The football-based community organisation operates out of Budapest and combines the beautiful game with free job-training, further education programmes and English lessons to help young people and those with disabilities progress into work – with more than 1,000 people availing of their programmes annually.

You can read the story of how football has helped one of their young participants Maria overcome her disability to gain employment here. 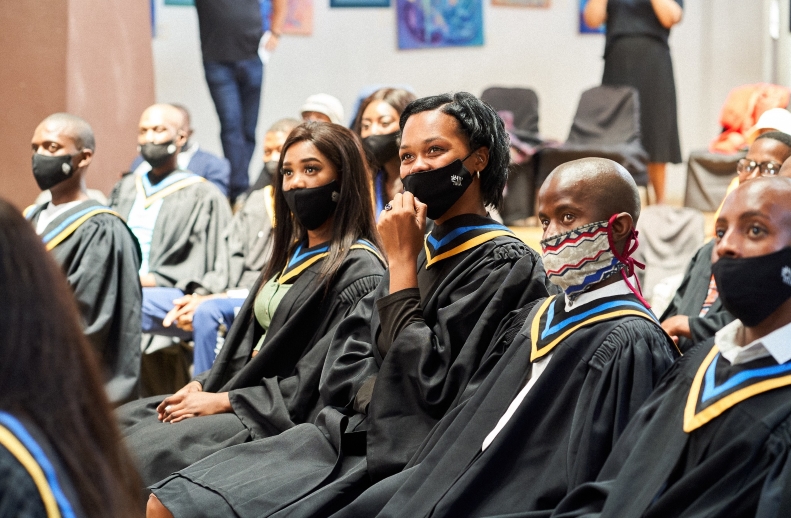 Set up to disrupt cycles of poverty, unemployment and inequality for young people growing up in disadvantaged communities – AMANDLA is primarily set-up in South Africa but also has locations in Germany and the United States.

Their ‘PlayMaker’ programme serves as an apprenticeship to those who take part.

Designed to address the current youth unemployment crises by offering an accredited course and practical work experience that feed into employment, further training and education opportunities.

The one-year full-time traineeship follows a set annual curriculum that combines football with a number of learning components spread across the year.

AMANDLA saw 5,601 young people reached in 2020 and their most recent figures state that 84% of those who took part in the PlayMaker programme progressed into employment or education.

You can read how one of their coaches Anelani helps young players coming through the ranks of AMANDLA to fulfil their potential both on and off the pitch here.