Two years after coming out publically, the English footballer pledges 1% to Play Proud to help increase LGBTQ+ inclusion in and around football.

After a football career spanning continents, Thomas Beattie is taking the 1% pledge to help increase LGBTQ+ inclusion in and around the game.

He's helped mentor and support other gay footballers come out like Jake Daniels and Josh Cavallo and is eager to help foster a game that is welcoming to everyone.

Let's get to know him a little bit more.

Why are you joining Common Goal and supporting Play Proud?

I’m joining Common Goal and supporting Play Proud because the goals I have personally align with the values of the programme. I often think about legacy and how I can contribute and find purpose in things that are bigger than myself. Common Goal’s community initiatives, especially Play Proud really resonated with the things I’m passionate about which are to help create more conduce environments and advocate for minority groups.

You came out two years ago, what changes have you seen since then in the football landscape?

Since I came out there has been a real conscious effort to start talking about the topic. We exonerated ourselves for far too long because there were so few examples. When Josh reached out to me, I had no idea of how important that specific moment actually was. Ultimately, he became like my little brother and his coming out helped Jake to feel comfortable to go through the same process and Lloyd Wilson too, all of which I’ve had prior contact with before coming out. We are now starting to see a small movement in people feeling comfortable and brave enough to live their truth so it brings me a lot of satisfaction knowing there is progress. We’ve seen support from people in many other industries — film, fashion, music, politics and business so it’s been great to see compassion from other areas of society. 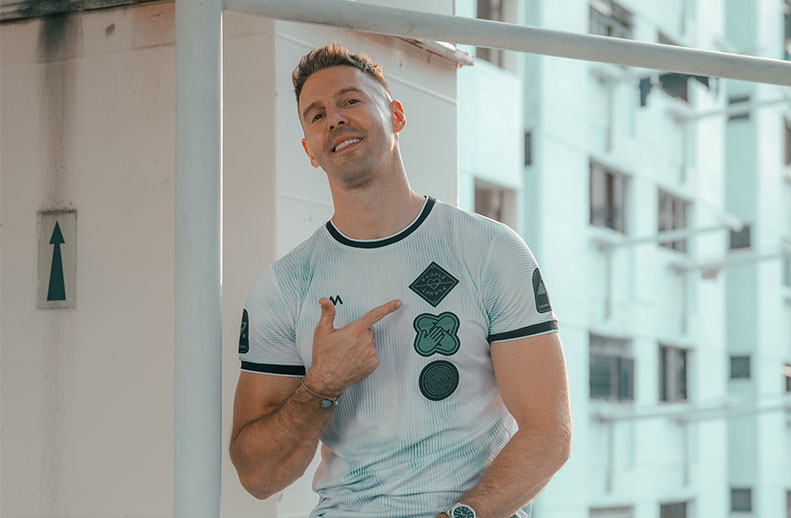 Why do you support and mentor other gay male players?

I’ve found a real sense of purpose in being the person I wish I had when I was playing. Football gave me so much, I owe a lot of who I am, to the game that shaped me and a part of me will always feel a type of way towards the fact I never felt comfortable or confident enough to be my authentic self while playing. Being able to build bonds with people suffering in silence who are playing is fulfilling for me as I know what it’s like to feel like you are alone in the game. As a society, we have cultivated an epidemic of loneliness for too long and by being able to support others is my way of trying to leave the game a little better than it was when I entered it.

Do you think Jake Daniels is creating a new wave for younger players to be out gay footballers?

Jake and Josh are both definitely very influential in creating more visibility and representation for others to look up to and see how positive it has been for them since coming out, which has given confidence to many others who have reached out. They are both so young and at the start of their hopefully long and illustrious careers so the great thing is people get to witness the journey from the start as they grow into themselves. Both Josh and Jake have impacted many others in and outside of football which in turn helps progress society as a whole!

What advice would you give to gay players who want to come out?

I always say be patient. There is no right or wrong and everyone’s journey is different. Understanding the environment you are in firstly, is paramount for your own safety but from my experience, and also with being close to Josh Cavallo and Jake Daniels, we are starting to get more understanding of how society is shifting to be more accepting. For players who are considering coming out, just know there is a whole community of people waiting to welcome you with open arms. 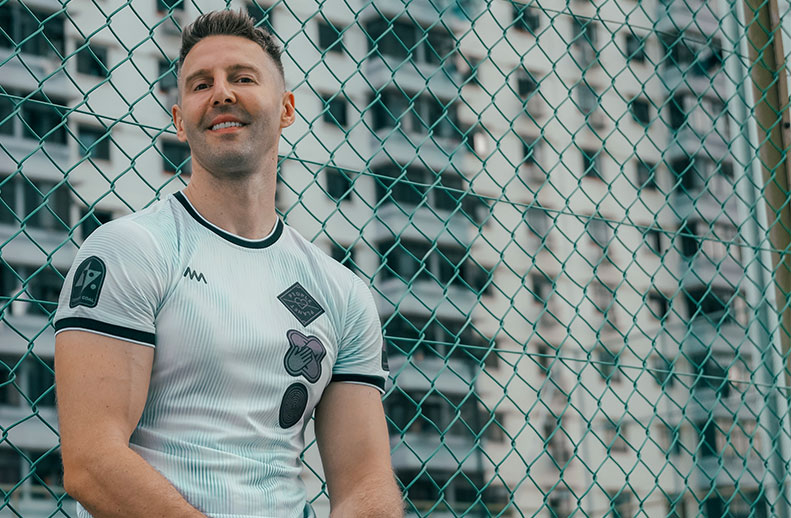 What work still needs to be done to bridge the gap between the game we want and where we are at the minute?

For football to be more inclusive I think we need to continue to work with clubs and organisations to create pipeline strategies for inclusivity. In Europe, we are quite some ways behind in terms of creating internal plans to make players feel safe to be their authentic selves. We are still in the phase of being reactionary, as opposed to being proactive and building the right environments. I think more can be done by governing bodies to create solid lines of language tolerance in stadiums with consequences that will start to set a precedent of what we will and won’t accept.

What’s one thing a football fan can do to help make the game more inclusive for the LGBTQ+ community?

As an ally, I think it’s important to call out inappropriate language and start to get in to good habits of not using derogatory terms towards any minority group. There are people in the stadiums watching games who don’t want to be hearing things that make them feel ostracised. There are also children at games and we don’t want to embed into them words that they grow up thinking are cool or normal to use. So, as an ally, calling out language when it’s aimed at someone’s gender, ethnicity, race, religion, or identity is definitely one way to help our game become more inclusive!