“Football is like a reason for me to live”

I’ll never forget the first time my father took me to the stadium and I saw a woman on the field.

My mind was blown. I didn’t know that was possible, you know?

That day changed my life and football became my dream, I knew from that moment I had to be part of it.

It’s not that it’s rare to see girls play football in my hometown. In fact, there is never a lack of girls playing football on the streets.

But there comes a point where they need support and they just don’t get it.

That´s why I consider myself to be lucky, because most families don’t encourage their girls to play but I have a family that wants me to pursue my dreams.

That’s what led me to Kızlar Sahada. The name means ‘Girls on the Field’, so, as soon as I heard that, I knew it was the place for me. Now, football is like a reason for me to live and has a really big importance in my life. When I go to training or have a match, I feel like the happiest person in the world. Totally free.

Football has given my life structure and a confidence in myself that I didn’t know I was capable of.

But still I know I’m lucky and I can’t help but think of my own friends who were forced to stop playing. Little by little, because of their family´s lack of support, their ability to join the training sessions was cut short—they couldn’t pursue the same passion that has changed my life.

Even my father couldn´t break their judgements. His efforts to persuade parents of young female players drew criticism from other families, who said they didn't want anyone interfering with how they raised their daughters.

Despite this, there are some that have started to see things differently. My parents' support and belief in me has started to shift the views of my relatives. The rest of my family is gradually changing their minds, and they no longer believe the idea of a girl playing football is “uninteresting”. 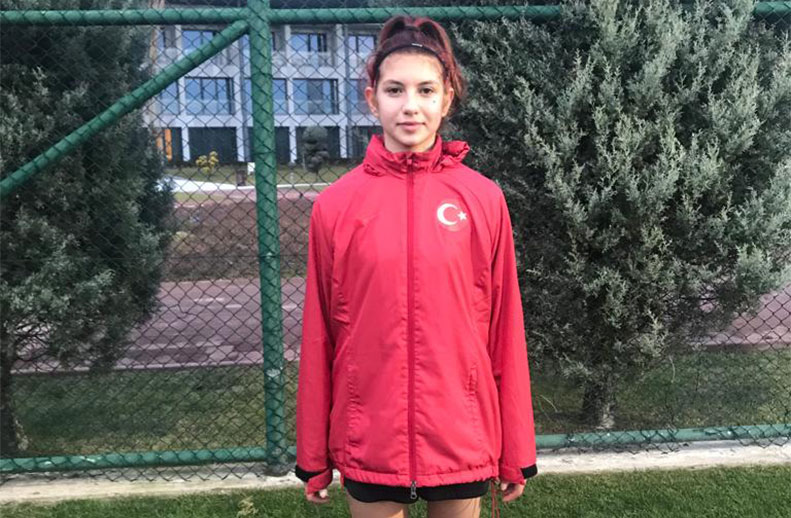 It has only been two years since I started attending the Kızlar Sahada school and football training, and I have already been selected to play for the national team.

This news has been my proudest moment in football and another encouraging factor that has led to me to believe that my dream of becoming a football player is possible.

Kızlar Sahada, is well known where I am from, and is giving young female players like me the opportunity to play.

I am immensely proud to be a part of it and hope to break these obstacles, one goal at a time.