Roland Bischof, the president of The German Football Ambassador, announced that Common Goal will become the non-profit’s expert partner during a joint panel discussion with former German national team player Torsten Frings at the Spielmacher Conference in Cologne.

As the German Football Ambassador’s expert partner, Common Goal will support the social and ecological commitments of the nonprofit and provide holistic support going forward.

“Common Goal combines great expertise in the field of social engagement with a collective effort to harness the power of football for positive social and economic change,” said Roland.

“These qualities make Common Goal the ideal partner for the German Football Ambassador.”

The German Football Ambassador runs social projects and seeks to promote Germans doing good around the world. The initiative does the latter by giving awards to German players and managers abroad who make positive contributions to society.

When Jürgen Klopp won in 2019, he put his winnings towards Hout Bay United Football Community, a football for good organisation in South Africa which joined the Common Goal community in 2021.

Going forward, unless award recipients have a specific project or foundation they want to donate to, winners will put their prize money towards Common Goal projects. These initiatives include collective projects advancing gender equality, racial justice, and LGBTQ+ inclusion through football. 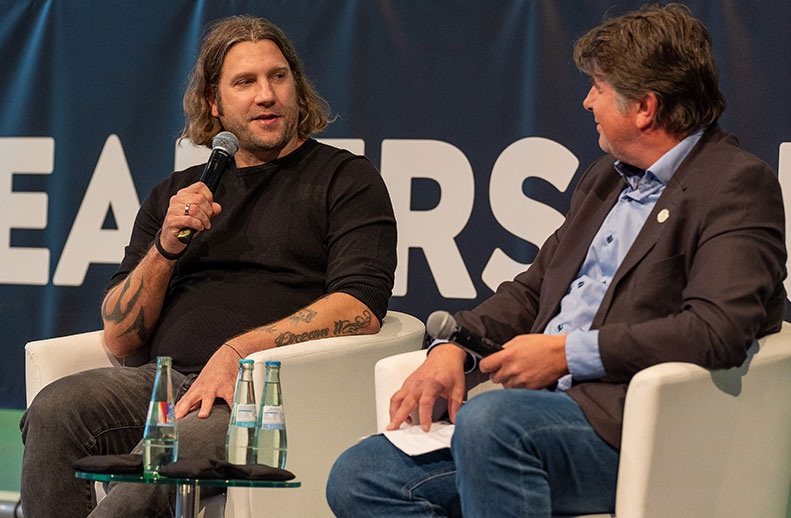 Torsten Frings and Roland Bischof at the Spielmacher Conference in Cologne.

The German Football Ambassador was a long-time partner of streetfootballworld, the world’s leading football for social change organisation that now operates under Common Goal.

“For many years now, the German Football Ambassador has been honouring deserved individuals and initiatives who are not only great representatives of Germany abroad but also positive role models for football, in which they use their influence to advocate for greater equality of opportunity and social cohesion around the world,” said Common Goal Co-founder Jürgen Griesbeck.

“We are proud to support this important task in the future in close cooperation with the German Football Ambassador and its award winners.”