The Common Goal Community recently came together for a three-day, online-global meeting to discuss the movement’s achievements and goals going forward. The gathering provided a unique opportunity to hear from the many diverse voices of the movement. Member organisations, players, managers, Common Goal impact sponsors, and other strategic partners that are working to strengthen the football for good sector, all contributed to robust and insightful conversations. By 2030, the Common Goal Community has the ambition to grow to include 1,000 organisations in 130 countries.

With themes of ‘align’, ‘activate’, and ‘inspire’, each day brought with it discussions about the most important social topics going forward. Thematic working groups on gender equality, anti-racism, climate action, peacebuilding, health, education, LGBTQ+ inclusivity, and employability shared their progress so far and invited others to contribute going forward. Talk revolved around the UN’s Global Goals as a guiding framework to achieve a better future for all, the 1% mechanism’s ability to inspire team play and enable collective action, and the need for systemic change.

The meeting also marked an important milestone in the history of football for good, with member organisations voting unanimously to approve the new governance structure of the Community, finalising the transition from the streetfootballworld network to the Common Goal Community. The gathering also enabled everyone to converse about the role of youth leadership within the Community, the implementation of the Quality Seal, and the development of a common impact measurement framework for the football for good sector.

In addition to working sessions, the gathering included a number of Team Talks, where different stakeholders shared their thoughts and reflections on pressing social topics.

Teaming up for gender equality

The gender-equality project has concluded its first phase in East Africa and recently launched its Latin American chapter — SOMOS Equidad. The women explored the need for increased gender equality on the pitch, on the sidelines, in the organisations, in the media, and society at large.

Echeverri shared her personal story about how she joined the movement and expressed her belief that, “Football has to be used for bigger things than just playing. Players have a voice and it is very important. We have to use it to share our stories and our dreams.”

Commenting on the potential of SOMOS, Echeverri discussed how the project seeks to create systemic change and, “impact the lives of the children, their families, and leaders.”

Namatovu, who took part in the East African phase as a coach and role model in her community, says the project helped her, “learn a lot of different things. I was encouraged and got the confidence I needed. Mary (Connor) taught me a lot about coaching and helped me talk to my boss about my ideas. With her help, I was heard and able to start a girls’ team.”

Connor, who has been instrumental in the gender-equality project in East Africa and Latin America noted, “By doing this as a cohort, we all come together and lean on each other, we make our own commitments while supporting each other.” 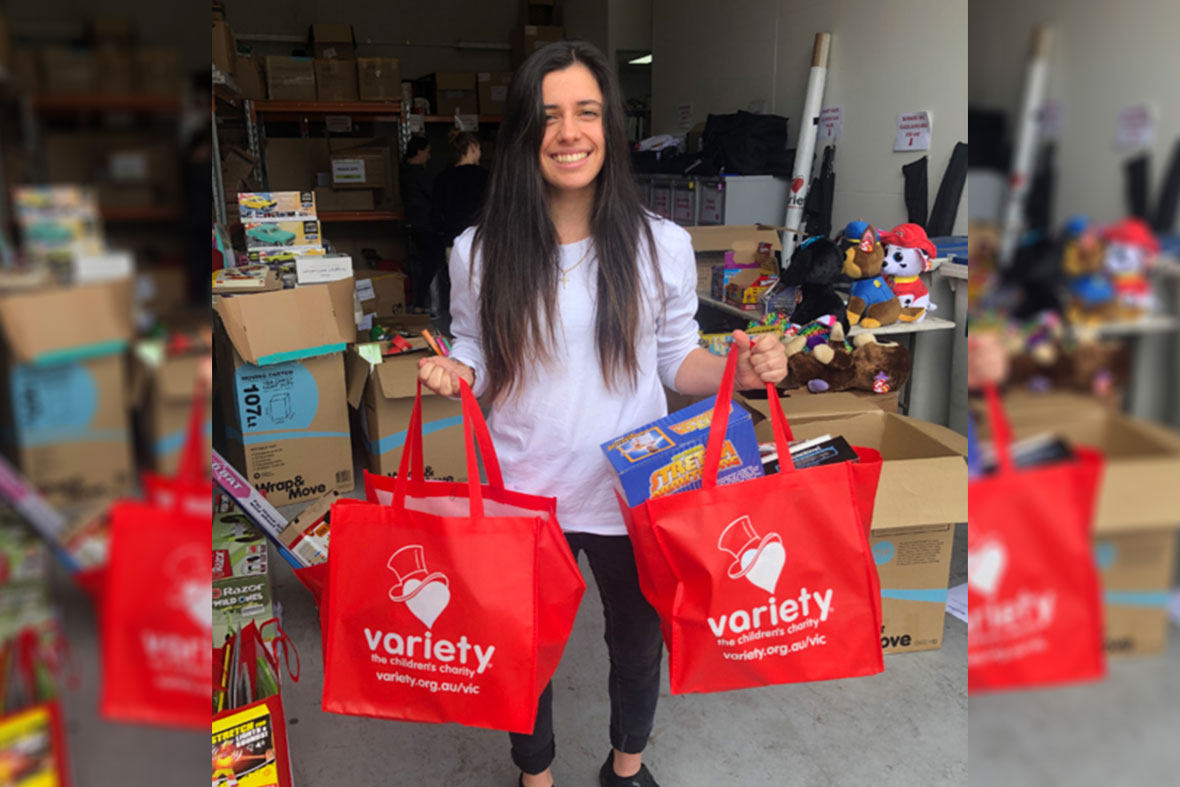 In a player-to-player team talk, Alex Chidiac, who plays for the Matildas and Melbourne United while on loan from JEF United Chiba, and Netherlands and Rangers midfielder Tessel Middag, opened up about their journeys as players, activists, and Common Goal members - and the deep connections they have formed with organisations in the Community

“Sometimes people think we should keep sports and politics separate. But for me, you can be an activist and football player at the same time,” said Middag.

“It’s so important we try and tackle things collectively and that’s why I am so happy with Common Goal as an organisation. Their collective approach shows that football can be used for good. Hopefully more and more people will get involved.”

Chidiac noted it was during her time in Spain, when she was away from her family that she, "needed a community. I jumped at Common Goal and it opened up to me all these people around the world that have all of these incredible stories.

“A major reason why I’ve stayed connected is that sense of community. That’s what got me started in the first place.”

Talking about her goals for the future, Chidiac said she and her partner have been inspired to launch a podcast, “aimed at highlighting the work all of these organisations are doing, hear stories from the people impacted, and spread the message further and further.”

During the conversation, Mahajan detailed his experience with the Play Proud project, a programme that aims to make the game and societies around the world more inclusive of LGBTQ+ communities, through inclusive and anti-discriminatory methodology and training. Since launching in 2019, Play Proud has reached 400,000 young people a year, in 15 countries, and has trained 50 coaches.

Mahajan explained how the programme’s coaching methodology enabled him to create a more inclusive environment so every player can reach their full potential. “Play Proud made me understand that gender identity and gender expression have a wide spectrum and are not restricted to the binary of male and female,” he said.

“This has helped me spread the message of inclusion in the international community. This is a huge leap because the society I live in is very conservative and there is a stigma attached to the LGBTQ+ community.”

McCullough discussed how the Anti-Racist Project, like Play Proud, is enabling coaches to create safe and inclusive spaces. Beginning with a reflection on her football journey she explained, “Growing up as a young Black player, it was hard to imagine myself in a position of success with the lack of representation.”

Through the Anti-Racist Project, McCullough aims to change that. She strives to, “increase representation for diverse voices in coaching and give good examples to our youth players.

“We can give kids the opportunities to integrate their identities, to not have to feel like they are just one or the other — a person of colour or a football player,” expressed McCullough.

When asked what piece of advice he would give coaches trying to create a more inclusive environment, Hjulmand said, “I think it’s all about being loved and being accepted for who you are. If you create an environment where you are emotionally safe and feel loved, you can push people.”

He went on to explain, “For me it’s so important that all the players feel they can be themselves. I think to be a coach at the highest-level you need to know the people, the human beings behind the player.”

McCullough echoed similar feelings noting, “I started to be my best self, not just as a player, but as a person, when the coaches in my life saw me as a whole person. When they nurtured that, it gave me the space and ability to not only excel on the field, but off it as well.”

The three-day event closed with a message from the first player to join Common Goal, Juan Mata, and provided everyone renewed resolve to work together towards our Vision 2030 of inspiring a movement that uses the power of football to inspire mass collaboration towards an equitable and sustainable future for all.