A Football Shirt Fit for Purpose

Though the new football season is yet to kick off, football shirt season is well underway and the latest designs have been coming in thick and fast — including Common Goal’s very own debut shirts.

Yet to enter the football shirt scene until now, today Common Goal reveals its first-ever set of football shirts to celebrate its fourth birthday with two shirts fit for purpose. A social purpose.

The release marks the four-year anniversary since Juan Mata became the first Common Goal member to pledge a minimum of 1% of his salary back in 2017. 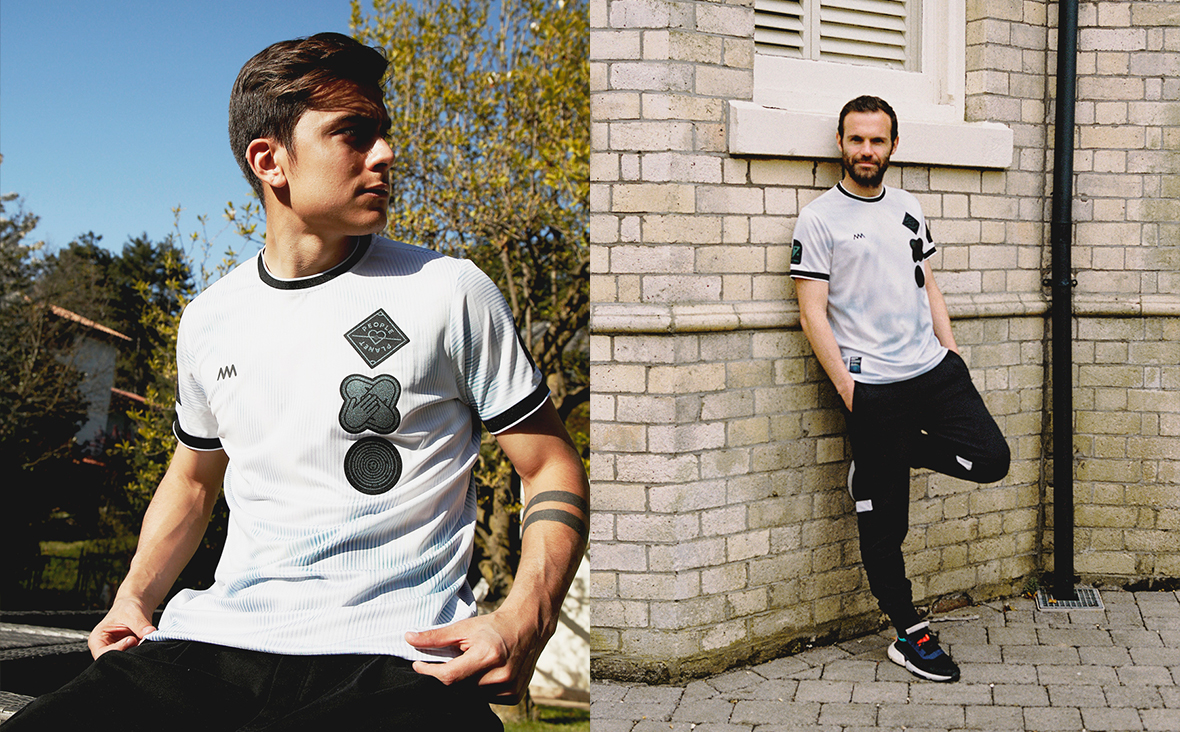 “We wanted to have a good and a 100% meaningful way of creating a shirt — not only by the looks of it, but also by the materials it's been made with,” said Mata.

“It has been made sustainably and represents the values of Common Goal.

“Ideally, as soon as you see it, you can understand why it is our shirt because it gives you an immediate feeling of Common Goal.”

Today he forms a collective of nearly 200 players and coach members — which now has a physical kit to identify with as they bid to empower young people through the beautiful game.

“This jersey represents something very important for me because it epitomises giving back and solidarity that the football world should always have with people and fans,” said Dybala.

“The message of this jersey is a reminder about who and what we represent.

“As players we have the voices to call for a better world which the Common Goal movement is trying to create.” 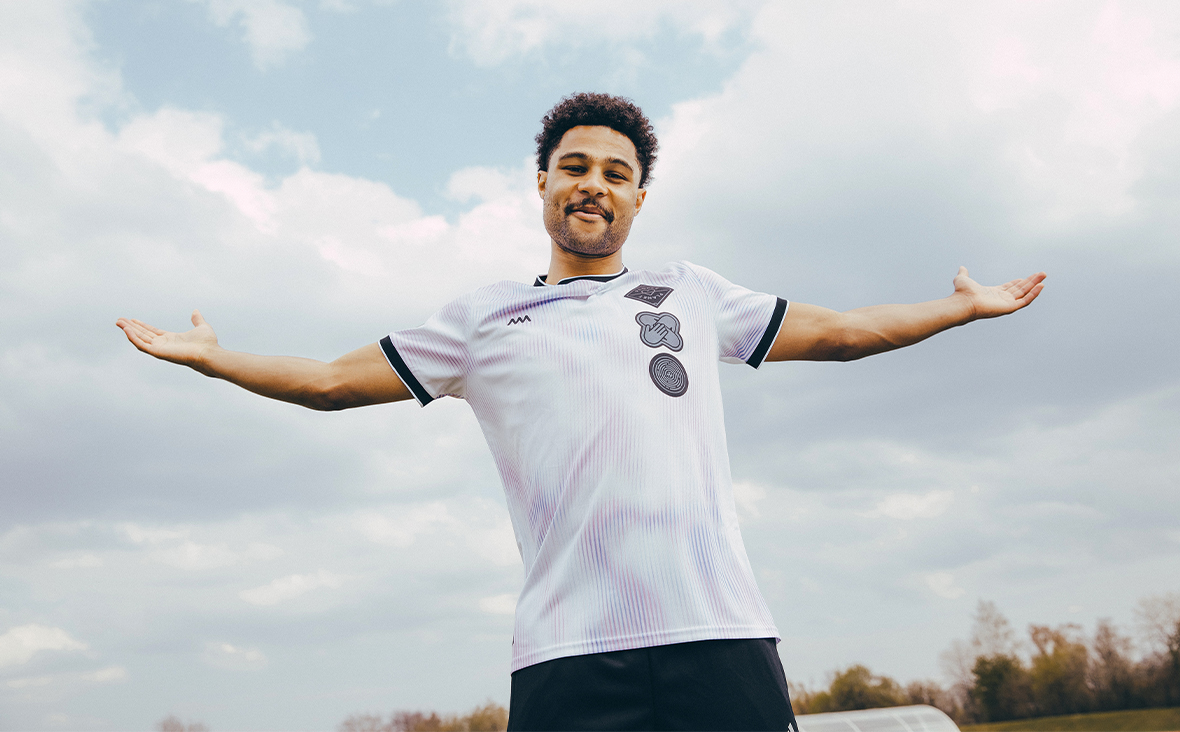 To date, more than €3.5 million has been generated by Common Goal towards a collective fund that invests in high impact community organisations using football to empower young people and achieve the United Nations’ Global Goals.

The two colour ways — magenta and blue — feature an expressive, iridescent print and crests which reflect different colours depending on the view, symbolising the myriad of perspectives in how the game can be seen to create positive social change.

Both variations of the shirt are made from 100% recycled polyester, a more sustainable material reducing carbon emissions by more than 30% compared to virgin polyester, to help lessen the shirts’ environmental impact.

The shirts feature a unique three-part set of woven chest badges on the front, providing a colour shimmer effect with each crest representative of the movement’s mission: from maximising football’s contribution to people and the planet, fostering solidarity within the global football community, and changing the football’s industry’s DNA.

Testament to that is Common Goal member Serge Gnabry.

“My dream is that us players, who work together so closely on the pitch, can unite away from the field of play,” he said.

“We can achieve great things and make many people happy both on and off the pitch. 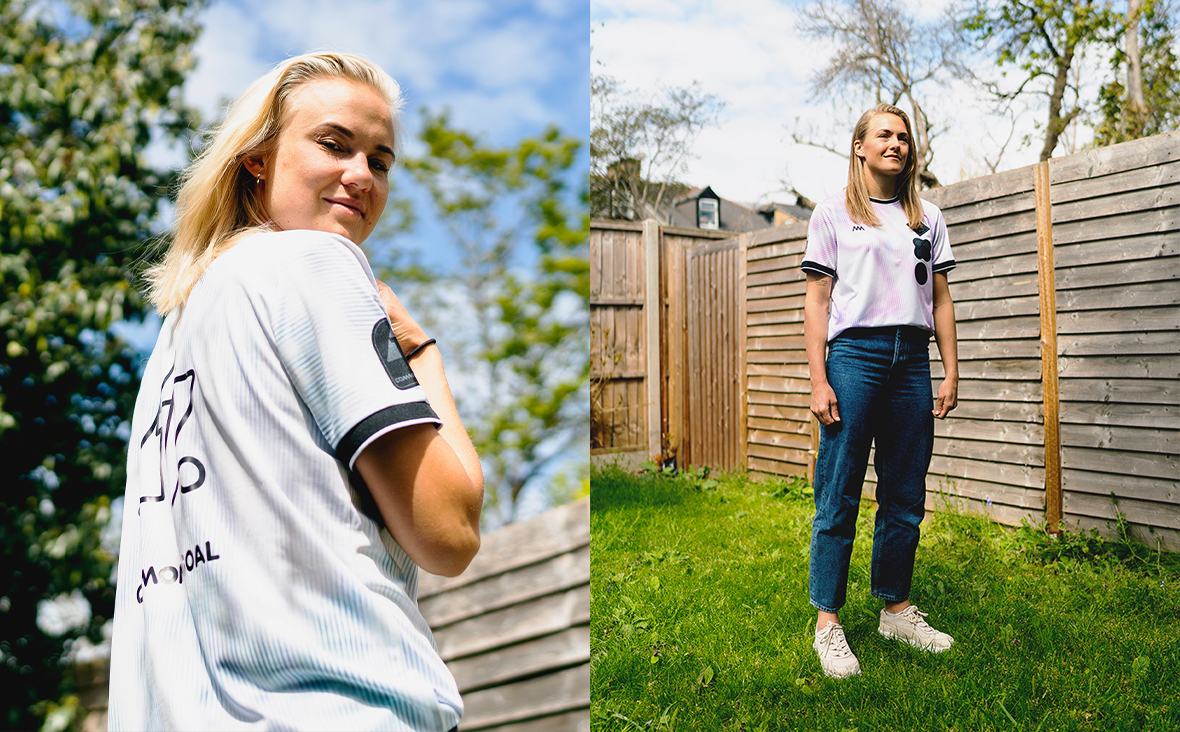 The Common Goal movement’s motto ‘football is a team game, and so is social change’ runs on the inside back neck label, accompanied by a heat-applied digital QR code made possible to scan with anyone who owns a smartphone with a camera.

When scanned, the digitally connected garment connects you to a personalised video by Common Goal co-founder and Premier League player Juan Mata.

The symbol on the back represents the 1% salary pledge made by members which is then allocated to Common Goal’s community of partner organisations.

“Footballers have a big voice, and football in general is such a massive sport with so much influence on society,” she said.

“More footballers advocating for important issues will make the world a better place.

“If everyone works together, football has such great potential to actually make a change in society.

“It's important that we all do this together.” 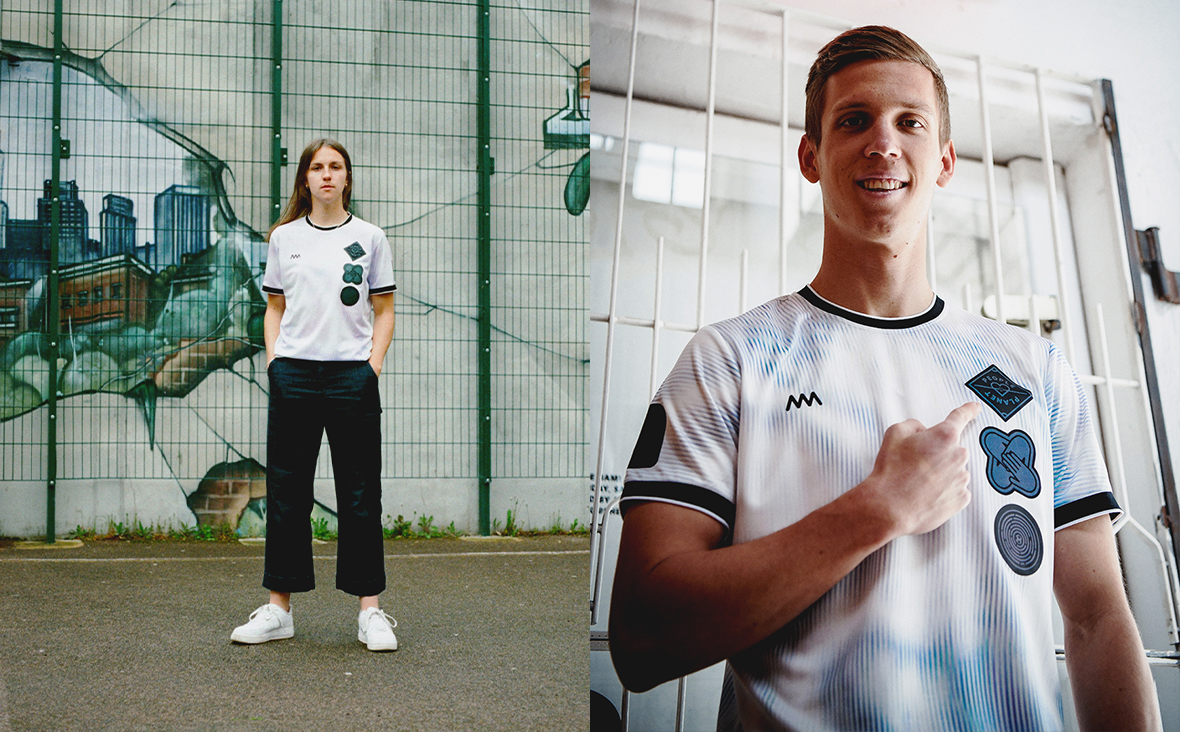 Dani Olmo, RB Leipzig and Spain international, believes football players have a responsibility to use their privileged position positively.

“We footballers are luckier than other people and we should always remember that,” he said.

“That's why I believe that each one of us should collaborate, lend a hand and help those who need it most.

“Many fans follow us from all over the world, so we have a great social responsibility.

“If we unite off the pitch, by choosing social projects we believe in, we can achieve great goals of social progress and unity.”

But if the Common Goal team is to be big enough and strong enough to truly tackle some of the world’s toughest opponents, from HIV/AIDS to youth unemployment, everyone needs to be welcome. 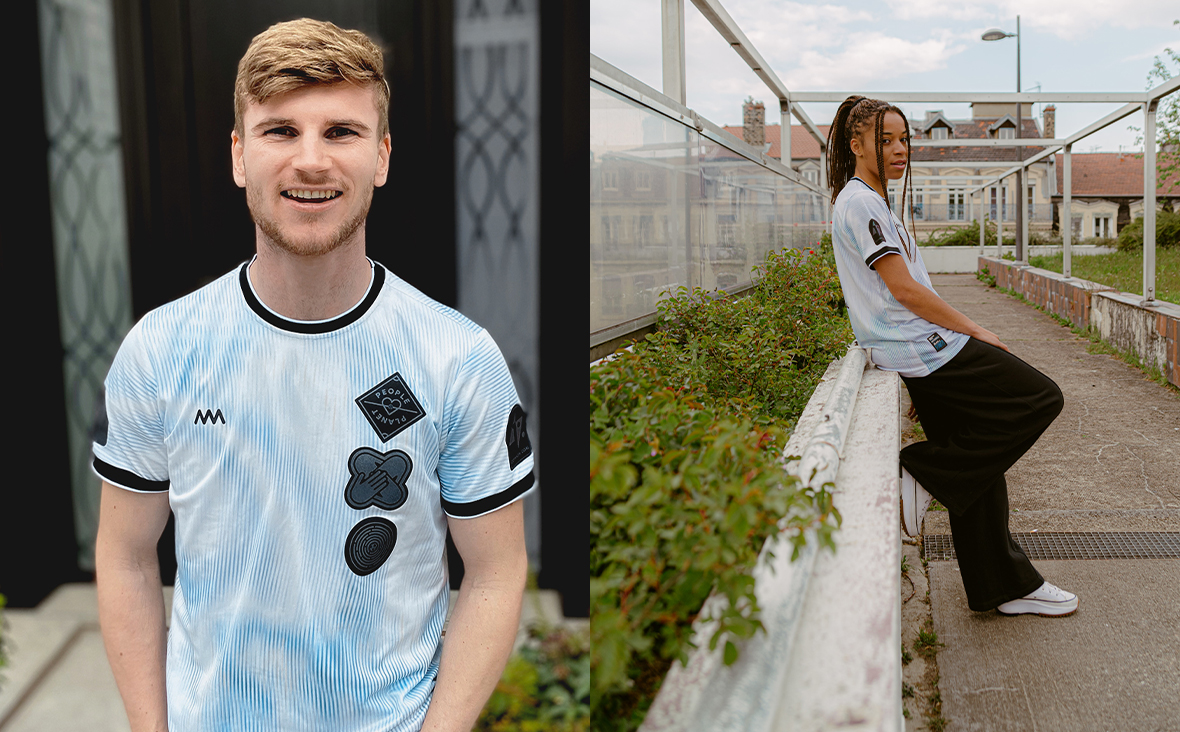 “As individuals we're only so powerful, but as a collective, anything is possible,” said Chelsea FC Women and Sweden international Magda Eriksson.

“Common Goal feels like a big, diverse, and inclusive team with all the football players that are members of the movement.

“It’s fantastic that we now have our own shirts that represent what we all stand for.”