Collin Martin, midfielder for the USL’s San Diego Loyal, is the only openly gay active professional footballer in the United States and one of three in the world. Since 2021, Collin has pledged 1% to Play Proud to make the game and society more inclusive of the LGBTQ+ community. This is a piece he wrote.

When you’re one of three openly gay male players, you get asked often if there are a lot of closeted players. But honestly, I don’t think there are. I’ll tell you why.
I think there’s an issue with homophobia at the youth level that causes a lot of gay players to leave the game before ever getting the opportunity to make a living out of it.

It was tough growing up hearing even my close friends say derogatory words and slurs. No one wants to be made to feel different or excluded. But I don’t think they hated gays. I think they were ignorant to a.) that I was gay and b.) things they thought were jokes, weren’t funny.

If we want to create systemic change, to create a sport and society that welcomes and celebrates gay players, just as much as it does straight players, then we need to look at the whole playing field. And it starts at the beginning. 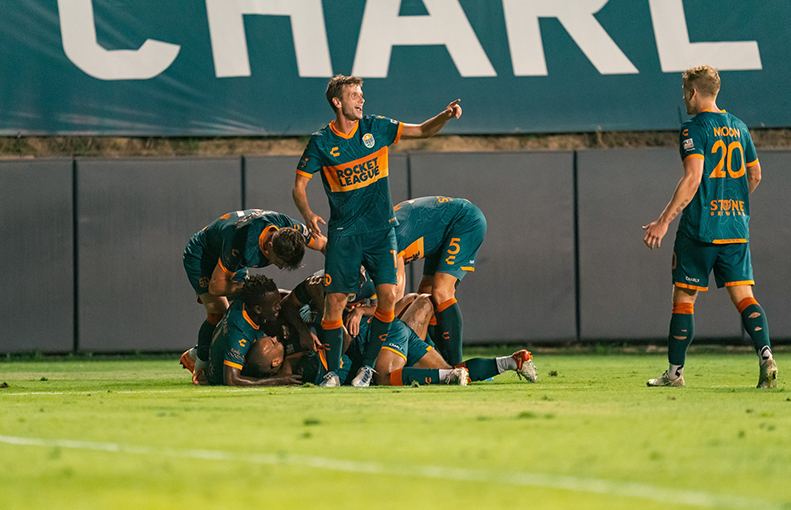 Youth teams. This is where I think we can make the biggest improvement and impact. That’s why I was so drawn to Play Proud in the first place. From 2020-2021 the initiative brought coaches from grassroots organisations around the world together to go through LGBTQ+ inclusive programming. It involved people from Indonesia to the UK to South Africa and other areas.

The global reach of the initiative really spoke to me. Unfortunately, homophobia within soccer isn’t just an issue for kids growing up in Maryland, it’s all over the world and many face significantly more prejudice than I’ve ever had to deal with.

From my experience, coaches are in a unique position to influence the next generation. By teaching and emphasising inclusive language they can change the path of a player and make them want to stay in the game instead of run away.

We’re still at the stage though, where it seems that every male player that comes out becomes a poster child. It’s because there are so few out players in the men’s game - I’m one of just three professional active soccer players in the world right now. 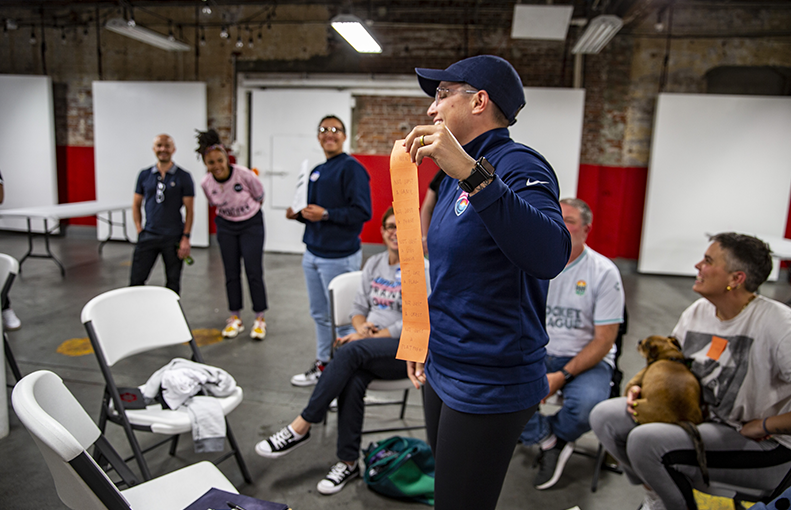 The professional women’s game has progressed much further than the men’s game when it comes to inclusion. If you’re gay in the women’s game, that’s just a part of who you are. It’s not an all-encompassing identity. People are starting to see that a player can be gay and a multitude of other things because we are as multifaceted as everyone else.

Lately, I’ve reflected on why the women’s game is so far ahead of the men’s game when it comes to this. Part of it is this sense of machoism and internalised homophobia that continues to pervade the men’s game throughout the world. When you think of a professional male soccer player, being gay isn’t exactly the first thing that pops into most people’s minds.

Whereas on the women’s side, because they’ve in essence reached this critical mass of players who have come out, being gay is more mainstream. Many of the top players in the women’s game are out – Vivianne Miedema, Sam Kerr, Megan Rapinoe... the list goes on. At the last women’s World Cup alone there were around 40 out players.

Clearly, queer people can thrive at the highest levels of soccer when we create spaces where everyone feels comfortable from the early stages of their sports career. Enabling this will ensure that people don’t have to feel as though they must choose between their sexuality and sports.

I’m hopeful things are changing for the next generation though. I already see it. People are coming out at a much younger age and there’s a growing awareness of the need to be inclusive in sports. 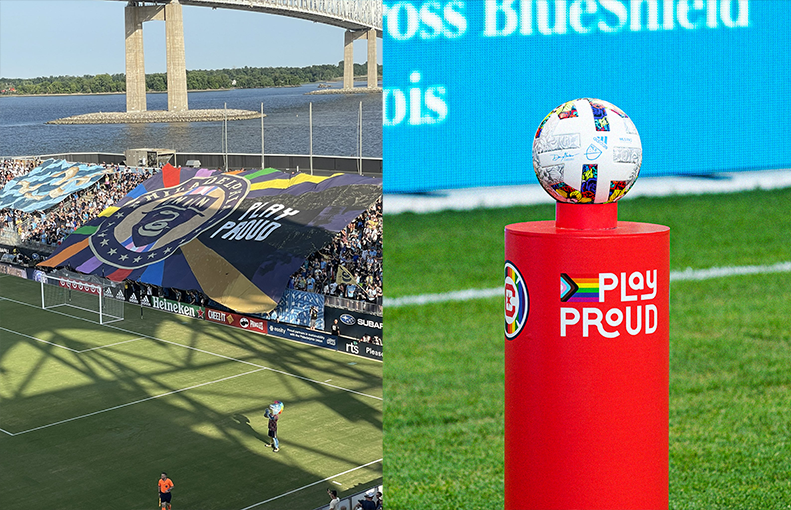 This year, Play Proud launched something I’ve never seen or heard of before. The initiative is bringing eight professional clubs from Canada, Mexico, and the US, including my team, San Diego Loyal, to tackle homophobia, biphobia, and transphobia ahead of the 2026 World Cup. Joining each team is a member from each fan group and a grassroots organisation from every team’s community.

Working across leagues, across countries, at different levels of the soccer ecosystem, and between the men’s and women’s games, has the potential to create a huge impact. Just the shared knowledge alone is inspiring. Putting everyone in the same room to collectively really truly try and change the game and society for the better is exactly the kind of initiative I think we need to have right now.

I hope through it all we change the narrative around queerness and celebrate it not just during Pride but throughout the year. I hope the world will realise being gay is not synonymous with oppression and suffering. Being gay and out publicly doesn’t have to be traumatic. It can be a beautiful thing.

When we realise that and create an environment to uplift the LGBTQ+ community, a lot more players will stay with the sport.

I think that’s how we can encourage more people to come out and give others the chance to love and receive them for who they are.