Have your dreams ever come true?

When I was 16, I received an offer to play at HB Køge, a Danish professional football team.

I’m not a boastful person but I felt like a star seeing my name on TV and in the newspapers. The chance to be part of a first division team in a country I had never been to before, a continent I had never stepped foot on for that matter, truly felt like a dream come true.

But that’s all it was in the end – just a feeling, not a reality.

My visa got denied and I wasn’t able to go.

I was heartbroken. I remember running back to the hotel room where I couldn’t stop crying. Being that close to your dream coming true and because of no fault of your own having it taken away from you is an awful feeling. I worked so hard for this, it didn’t feel fair.

Thank God for my mother. She called me and said, “Son, God is planning something better in your life.” Through her encouragement and the support of my community, I have been able to turn this heartache into growth.

My name is Karim and let me tell you where football has taken me and about my dreams of where I hope to go next. 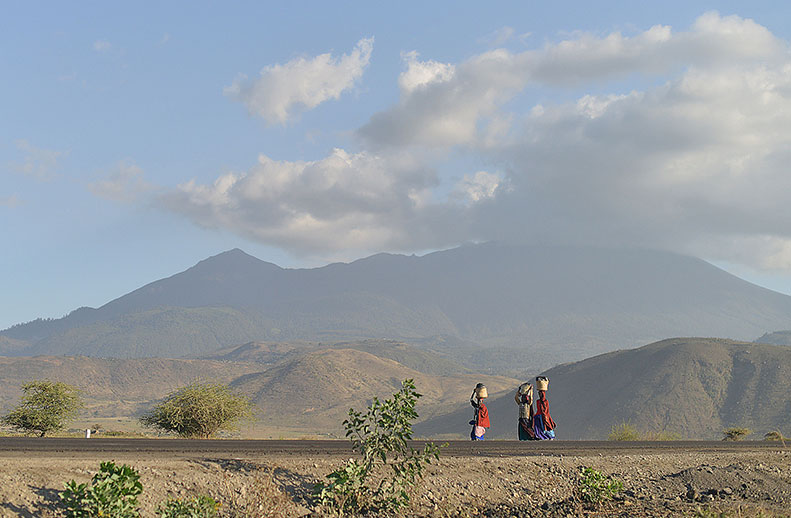 Arusha, my home city, is the gateway to Africa’s highest peak, Mt. Kilimanjaro.

If you just read the news about Africa, you wouldn’t picture what it’s really like in Arusha. We don’t all look the same, or speak the same language, or practise the same religion.

It’s an incredibly diverse city, a melting pot of people from all over the world with different roots and traditions. It’s one of my favourite parts about growing up there really. It helped me become the open-minded and inclusive person I am today. I learned that you should support people who don’t look like you.

But even though it’s a very supportive community, life’s not easy for everyone. I would even say it isn’t easy for most people. The main challenges in the community are high rates of poverty, not enough food, and lack of access to clean water.

You might think we wouldn’t be very good at football because of it. But the game doesn’t care where you come from or what you don’t have. The game cares about what you have to give.

I think these struggles help make the level of play so high in my city. A lot of people pick up the game with the hope of making a career out of it and they give it their all. I hope to be one of those fortunate ones.

But honestly, when I started at Future Stars Academy, I was so intimidated by the boys’ level of play I begged my mom not to make me go back. 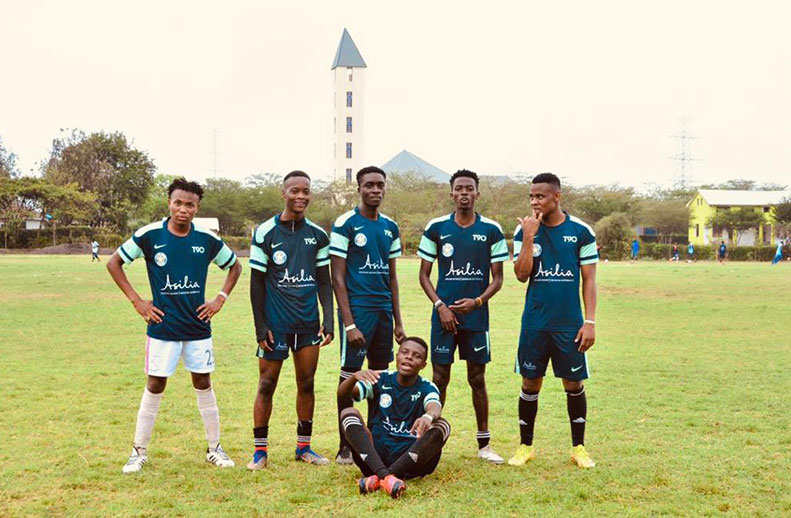 Karim second from the left

The boys were smart, could see the game well, and had a passion for football that made them fight for every 50-50 ball. It was a competitive environment and I lacked the confidence in myself I needed.

The invincibility of being a kid, of not caring what others thought of me, was fading away.

You see when I was in grade six, I started on the senior team at my school. Everyone on the pitch was stronger and taller than me. After all, they were all five or six years older than me.

I know for a fact some people weren’t happy about it, especially the older ones that thought this young kid was taking their spot.

But their voices didn’t take down my drive. When I was younger, other people’s opinions didn’t affect me as much as they do now. I saw it as a chance to prove myself. It meant so much that my coach believed in my skills enough to start me.

By the time I started at Future Stars Academy though, I was 16 and I was starting to view the world a little bit differently.

But my mother, as the smart and strong woman she is, didn’t give me a choice. The next weekend I found myself dragged back to the Academy and thank God she did. I wouldn’t be where I am now if it wasn’t for Future Stars and coach Alfred. I would have wasted away my talent. 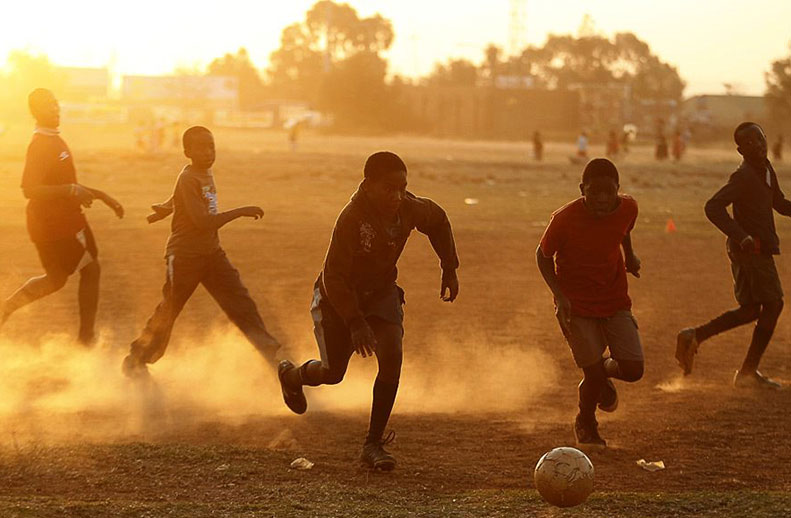 My biggest strength is my speed. It’s my gift from God. I’ve always been the fastest on the pitch and it’s something I use to my advantage.

My fastest 100-metre time is 11 seconds. It wasn’t just my fastest time, it was one of the fastest in all of East Africa and got me on the Tanzanian national athletics team for short distance.

I wasn’t able to compete though, school was too pressing and I had to focus on my studies. But I haven’t lost my running talent. It’s helped me find my home on the pitch.

I am a winger. I love everything about the position. I love causing defenders stress and trouble. I love flying down the pitch. I love sending in crosses and being creative in tight spaces. It’s not just my speed that’s lethal but my dribbling and shooting abilities as well.

One of the proudest moments of my life came when I received the best U-17 player in all of East Africa. That’s how I caught the attention of Jan Poulsen, a former Tanzanian national team coach who connected me to HB Køge.

As you know by now, I wasn’t able to go. But life has a funny way of working itself out if you stay driven and motivated. 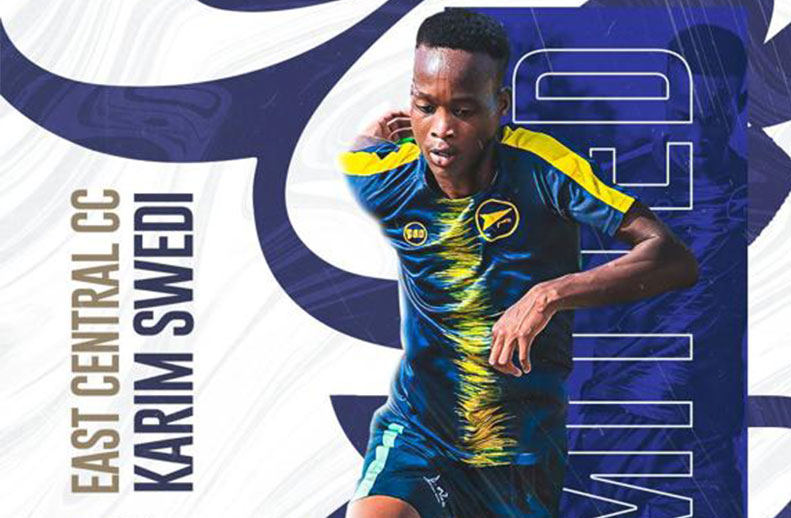 At Future Stars, they don’t just teach us to be good players, we learn how to be good people. The two biggest lessons I learned there were determination and commitment. Every day these skills help me on and off the pitch.

Coach Alfred encouraged me to keep up my good marks in school so I could pounce on the next opportunity that would eventually come my way.

And it did. Last year, I got five scholarship offers from schools in the United States. It was such a relief especially after everything I went through.

Unlike with Denmark, this time my dream came true.

Just a few weeks ago, I started at East Central Community College in Mississippi and I’m really enjoying it so far. Of course, I’ve been homesick but my new teammates have been so supportive.

I chose a junior college so I could adapt to the style of play in the US. Football may be the world’s most universal language but it also must have the most accents. The way people play and express themselves on the pitch varies so much around the world you don’t always understand each other. I’m learning to adapt my play to support my team while still bringing my own flair.

I hope to advance to a competitive Division 1 school and, after that, go pro. I know it won’t be easy and that you can’t plan for everything but I believe in myself. I want to show kids from my community that anything is possible.