When War Child was founded over 25 years ago, the idea of prioritising mental health, and not just securing food and shelter for young people affected by conflict, was seen as radical. But things have since changed drastically.

"Twenty-six years ago, people called us a bit naive and crazy," said Ernst Suur, Managing Director of War Child Netherlands, as he reflected on the organisation's history.

"People didn't think it was important to pay attention to mental health and emotions. They were all focused on making sure children had a place to stay, food, and medical care.

"We preached that mental health, the psychological component, is just as important. It is a basic need.

"I always say, 'You can give them a bed to sleep in, but if they are lying awake every night with nightmares, the bed is not enough.'"

Although War Child now works in 14 countries, its origins go back to a specific time and place. 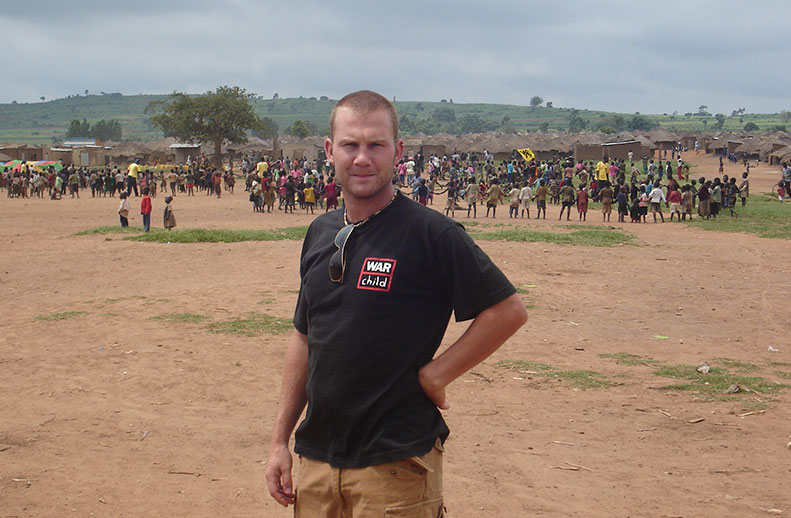 In 1993, Willemijn Verloop was working for the European Action Council for Peace in the Balkans when she met music professor Nigel Osborn who was conducting music workshops for children.

While walking through one of the bomb shelters in Bosnia, she heard a noise. Not a chaotic, threatening sound like the ones that reverberated from above the ground at the time, but a pleasant sound.

It was music. People were singing with and for children. As Suur described, "it calmed them and helped them not to forget, but at least to deal with what was happening upstairs."

The experience was transformative for Verloop. She became hooked on the idea that music was a powerful way to help young people affected by war. After returning to the Netherlands, she wanted to continue helping those living through conflict with music and started War Child to do just that.

"I have seen in many countries where I work that children who go through conflict and war block and switch to survival mode," Suur said.

"They block emotions, they find it very difficult to trust people, to have self-esteem, they have nightmares when they go to sleep."

"Music and sports are very powerful tools to help children release all the tension, to make something beautiful, to work together, to forget for a moment what is happening around you." 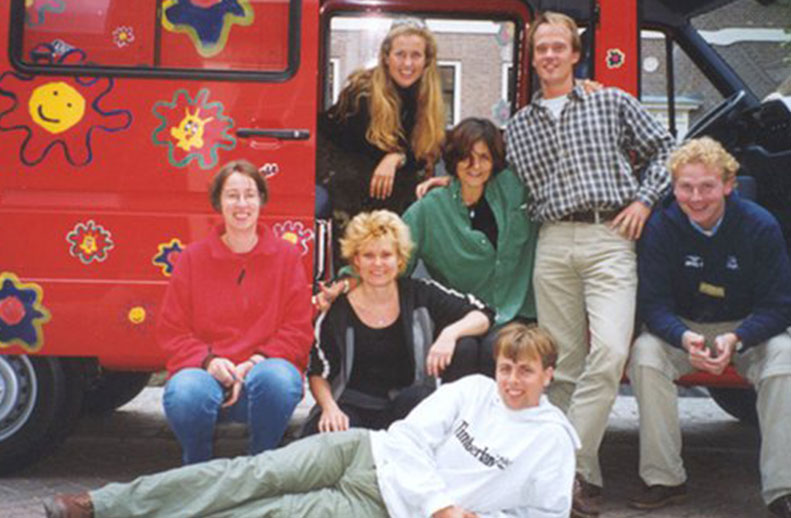 "I am a great believer in getting children involved in music and sport. That way they can express themselves," Suur explained.

"If children want to take part in football, they must be able to deal with winning and losing, learn to work together, communicate, and someone must take on a leadership role as captain.

"Such small things are big for children whose development has been hampered by war."

Most of the lessons and workshops took place in schools. Most importantly, they took place every week.

"A little structure in children's lives is really important when the whole world is a mess," Suur noted.

"They could count on us." 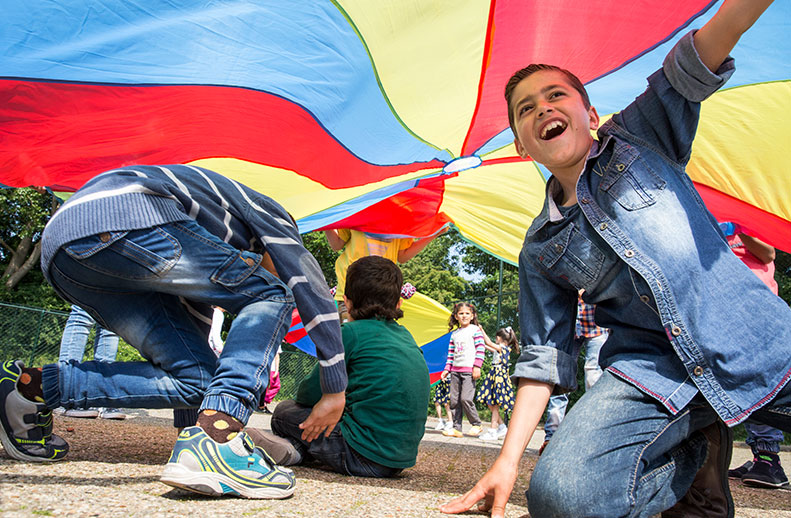 Over the past five years, War Child's Research and Development team has partnered with research departments at King's College London and the University of Amsterdam to ensure the organisation's programming and methodology is evidence-based.

"It is not easy to measure social or psychological change. It's much easier to examine how many houses you've built or how many wells," Suur continued.

"Sometimes that means you have to do 5-10 years of research to see the real evidence of what we are doing.

"But we can see the evidence in the change we make in the lives of children, in terms of their social well-being, and that's cool.

"I started 20 years ago. One of the reasons I'm still working at War Child is because we provide evidence now.

"We don't do things that we think are good. We do things we know are good."