One life taken because of the actions of the football industry during the Covid-19 pandemic is one life too many, according to Common Goal member and Uganda manager Johnathan McKinstry.

With the entire sporting world entering a hiatus unprecedented in recent memory, millions of fans worldwide are faced with the likelihood of no football for the foreseeable future.

And, while there is a general acknowledgement that sports must take a back seat for the safety of the general public, McKinstry – who was in charge of Sierra Leone during the 2014 Ebola epidemic – is keen to stress the importance of not rushing to fill the empty sporting calendar.

“You don’t want to rush players and fans back into football prematurely,” he said. “Because you have to be fearful of a second spike.

“Our actions as an industry have to look beyond sponsorship and commercial revenue. One life taken on the back of our actions is one life too many.”

So as we adapt to the measures of social distancing and isolation put in place by world governments, we look back at the 2014 Ebola epidemic and how the football community came together to tackle the disease.

During his time with Sierra Leone McKinstry put special measures in place with the National team and the Craig Bellamy Foundation Football academy he ran in the country, in order to provide protection and hope in a time of great struggle.

By the time the people of Sierra Leone were coming to grips with the significance of Ebola in 2014, it was already too late for some.

The Ebola outbreak started in Guinea in December 2013 but soon spread to Sierra Leone while McKinstry was in charge of the national team and academy.

As head of the academy, he felt an obligation to protect the kids who, for the most part, had left their families, to pursue their dreams in football. The Northern Ireland man had a lot of weight on his shoulders and was determined to carry this heavy pressure in his stride.

"In terms of personal safety, there was never any concern,” he said. “But, I think Sierra Leone reacted three to four weeks later than they should have, I think they were in denial which was tough on the country because the situation got a lot worse than it needed to.

"It was a difficult time. We were a little bit ahead of things because we had good contacts in the NGO sector so we knew exactly what was happening and we knew the precautions to take.”

The decision was made to keep the academy players in quarantine for the good of their personal wellbeing and that of their families.

“We went into lockdown and everything worked out OK thankfully,” he recalled.

“I think what’s overlooked in the whole period, was the education and sanitation supplies that we provided for the families of the kids.

“A couple of weeks before the government had declared a crisis, we were bringing the families in to teach them about the preventative measures they could take, and providing them with the necessary supplies.”

Life in the camp remained normal for the kids, and the decision to go into complete lockdown was only taken when cases were confirmed within a ten-mile radius of the compound.

At that point, the ten-acre site was closed off and the gates were locked. In house chefs and teachers joined the kids in quarantine for a six-month period, and training and teaching continued as normal.

The only people who left the compound, were McKinstry and his driver who left once every two weeks to collect supplies.

Football was streamed live on projectors at weekends and the daily routine was rarely disturbed. All the students and their families survived the Ebola crisis and the role the academy played in this should not be underestimated.

Other communities were not as well protected as the academy kids and staff, with the Ebola crisis taking the lives of more than 3000 people in the country.

The national team, managed by McKinstry at the time, was a beacon of light for the West African nation, although they had to play their games outside of Sierra Leone.

Qualification games for the 2015 African Cup of Nations did not go according to plan for the Leone Stars against tough opposition in DR Congo and Ivory Coast. However, games gave the nation a brief sense of respite, if even for a day. 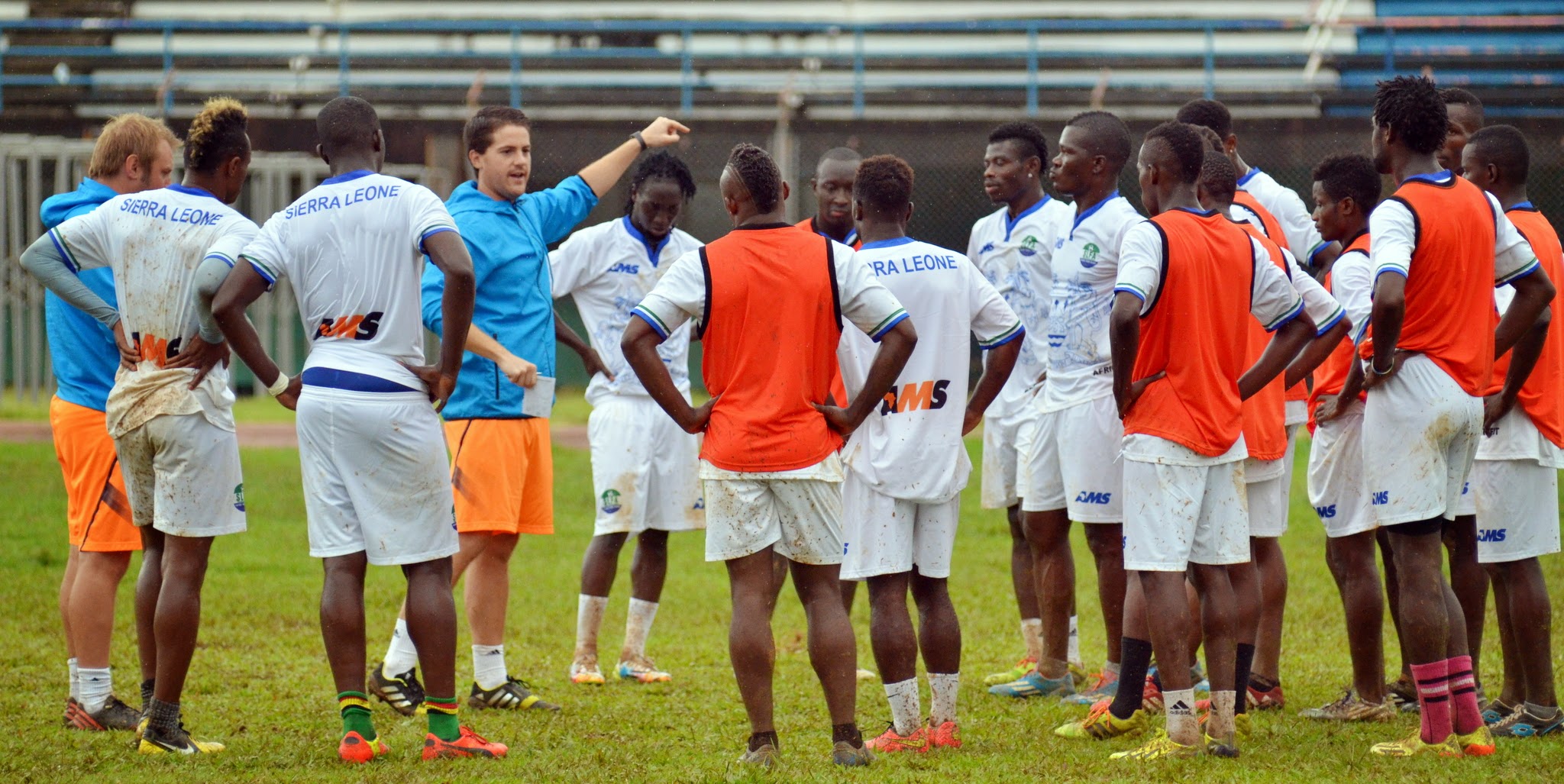 Most of the national team players faced discrimination and backlash for their connection to the outbreak and McKinstry believes that there was a certain level of professional gamesmanship put into the treatment of his side during the crisis.

“All of my players were playing in either Europe or America so for them to have their temperatures checked three times a day (the first at 6am in the morning) was a little excessive. None of them had even been in West Africa for months!”

In the midst of the current Covid-19 epidemic, many sections of society have been subjected to discrimination and abuse, particularly Asian communities.

If the Ebola epidemic has taught us anything, we must not let the current crisis taint our behaviour towards others, with the football community a microcosm of this.

And, while we are in unchartered waters, McKinstry feels that countries like Sierra Leone who have dealt with Ebola will be better prepared for the spread of Covid-19.

“Having that direct experience of dealing with Ebola will give Sierra Leone and other West African countries a head start, in the sense that they know how to tackle a rampant infectious disease.” 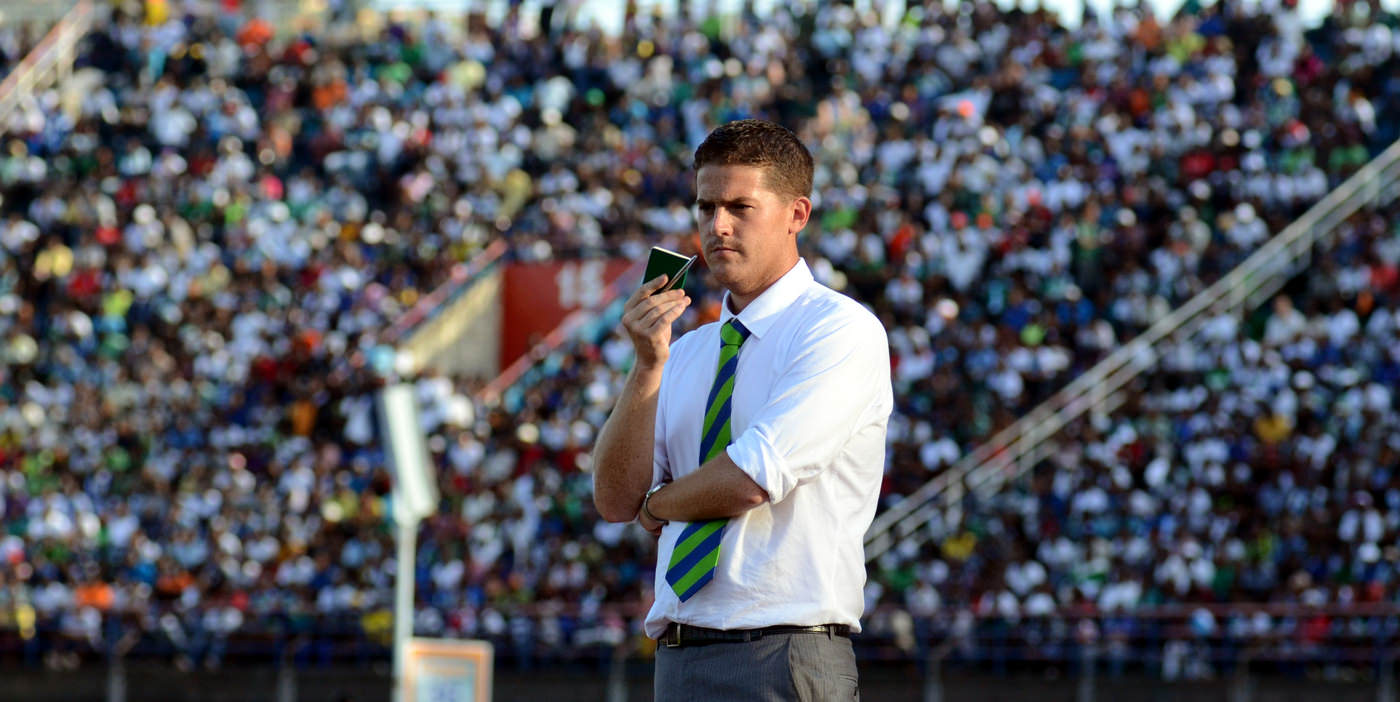