For Sergi Canós, the word community holds a special resonance.

The Brentford winger has spent more than a decade of his life moving from place to place, community to community.

It’s a journey that took him from his hometown of Nules at 13 and into Barcelona’s famed La Masia academy before making the move to Liverpool and, finally, to London and the Premier League.

It is the kind of movement that is common in the football world. Youngsters leave home early in search of their dreams and clubs that will help them earn minutes on the pitch and a chance to prove themselves.

But it’s also a frequency of movement that can mean a player doesn’t develop a strong bond with their communities. However, for Sergi, that couldn’t be further from the truth as he joins Common Goal with the intention of helping those communities that have helped him become the player he is today.

“I came to London as a kid and now I'm trying to help the community in any way I can,” he said.

“My life has changed every year since I was 13 years old, we have moved from city to city; from my hometown to Barcelona, Barcelona to Liverpool and from Liverpool to London.

“And every year it's been different. And since I came on loan to Brentford and I started to play professional football, It's been an amazing journey."

“I've decided to join Common Goal because I've been thinking about doing some things for the community for a very long time," added Sergi.

“I didn't have the strength to make the step to find someone and then Common Goal came and it was perfect; we’re going to do great things.

Sergi’s love for his communities shines through in his decision to split his 1% pledge between three Common Goal community organisations around the world.

First, there’s Asociacion Alacran 1997 in his home country, then Football Beyond Borders in London and, finally, Fundacion Colombianitos, an organisation based in Colombia where his girlfriend, actress and singer Valeria Emiliani, is from. 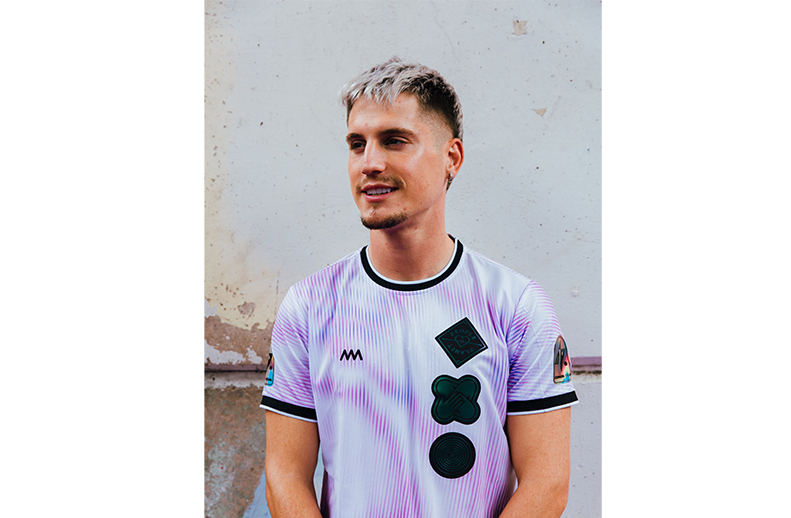 For Sergi, the fact that his pledge can make a difference all across the world is a testament to the power of the beautiful game as a universal language and he hopes the momentum and impact of the movement continue.

“When I told my friends they thought it was a great idea to join Common goal because everyone knows about Common Goal,” he added.

“I have to say everyone knows that there is something going on and something amazing is going on. I think football has so much power that people don't realise how much we can do through football and how much change we can make.

“I'm going to try with my power, my opinions, and with Common Goal to help people the way I want to help them.

“By the time I leave football, I would like to have done something for the community and to make the world a bit better. That’d be a good achievement. I think it is a big thing that we all, as footballers are united and we do things to help our communities.”