FOX Sports commits to helping make soccer more diverse, inclusive, and accessible for all by collaborating with Common Goal for the 2022, 2023, and 2026 World Cups.

Taking the 1% pledge, FOX Sports is targeting 1% of its World Cup coverage in 2022, 2023, and 2026 to share stories from the Common Goal movement in the United States cross-platform and help change the narrative about what soccer can be.

“We are thrilled to join the Common Goal movement and utilise our wide-reaching platform along with the power of soccer to drive positive social change,” said Terri Hines, Executive Vice President, Communications, FOX Sports,

"With this multi-year collaboration, we are committed to working together to help transform the lives of young people across our country, creating lasting impact and sharing a message of inclusion and community empowerment through the sport.”

In addition to dedicating at least 1% of airtime to the Common Goal movement, FOX Sports will support and fund community soccer festivals for young people.

The first community soccer festival of 2022 was held in Los Angeles and brought participants from Common Goal soccer for good organisations America Scores, Football for Her, Pure Game, Street Soccer USA, and other LA-based grassroots organisations together.

In October, the second rendition of the event saw over 70 young people from Common Goal community organisations come together. The festival gathered participants from America SCORES, South Bronx United, We Can Kick It, Street Soccer USA, and City in the Community in New York City for a day filled with soccer and empowerment clinics. More events are planned throughout the next four years.

Lilli Barrett-O'Keefe, Executive Director of Common Goal USA who helped organise the festivals noted, "FOX is a name synonymous with the FIFA World Cup in the U.S and is a powerful player in the global soccer industry as America’s broadcast leader for the biggest international tournaments.

“Now, FOX Sports is reinforcing their commitment by adopting Common Goal's 1% framework, not only to this year’s FIFA World Cup, but also the FIFA Women's World Cup next year, and the FIFA World Cup in 2026 that the U.S. will co-host with Mexico and Canada. We look forward to continuing to build on this exciting collaboration.” 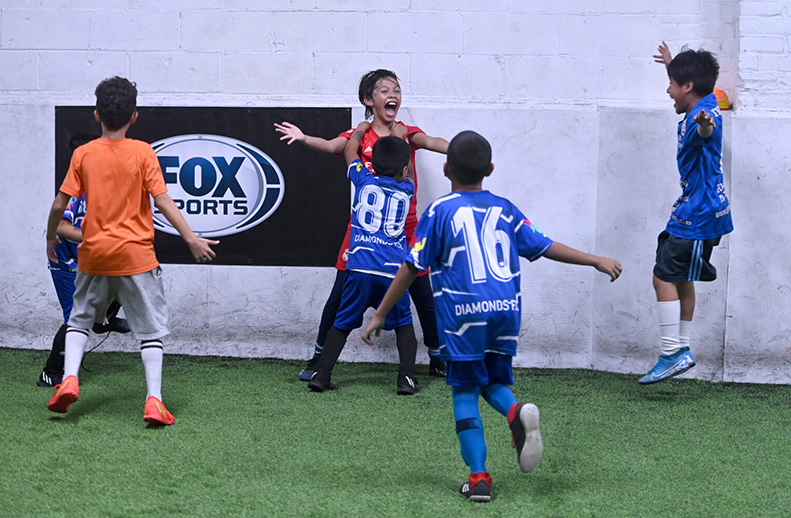 FOX Sports first got involved with the Common Goal movement back in 2018 during the World Cup in Russia. The broadcaster supported and featured Play Proud – Common Goal’s initiative to make soccer a safe and inclusive space for the LGBTQ+ community.

Speaking on the announcement, Common Goal Co-founder Jürgen Griesbeck commented, “This sends a powerful message to the entire industry that the soccer business is heading towards an era of radical collaboration that enables the sport to fulfil its true potential in maximizing impact for people and planet.

“There’s no stopping this positive momentum, and I’m confident that FOX Sports becoming part of Common Goal will inspire other soccer stakeholders to join the movement.”