Photos and words by Cameron Macfie.

No boots, no shin pads, not even a pair of socks – all bare necessities for a game of football, right?

Not in The Barefoot League in Kampala, Uganda, where football-based community organisation Soccer Without Borders are overcoming a lack of resources to channel a local passion for football. 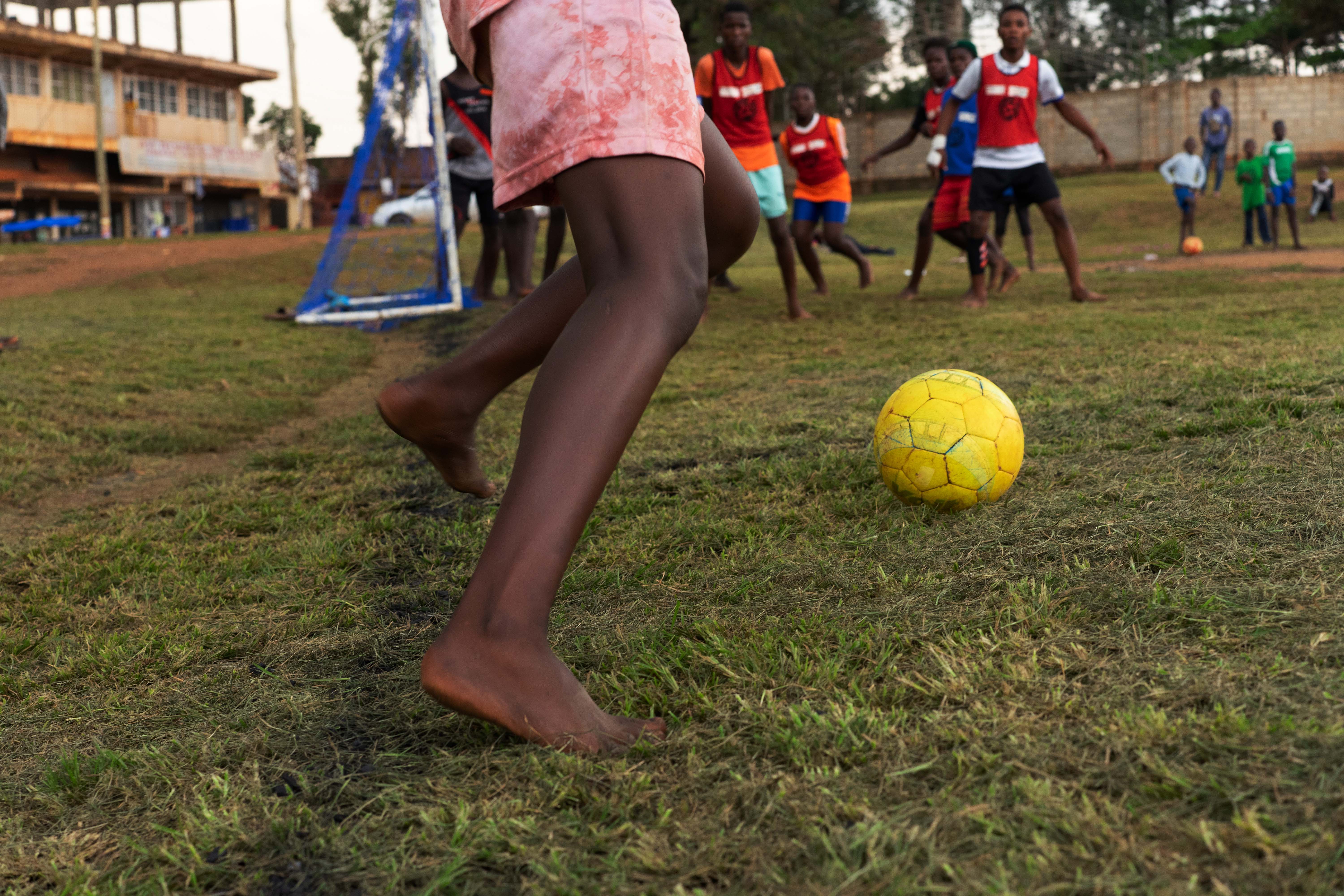 The Barefoot League is the organisation’s way to help young people from Kampala’s refugee population integrate into Ugandan society, providing a space where young people can play free of material worries. 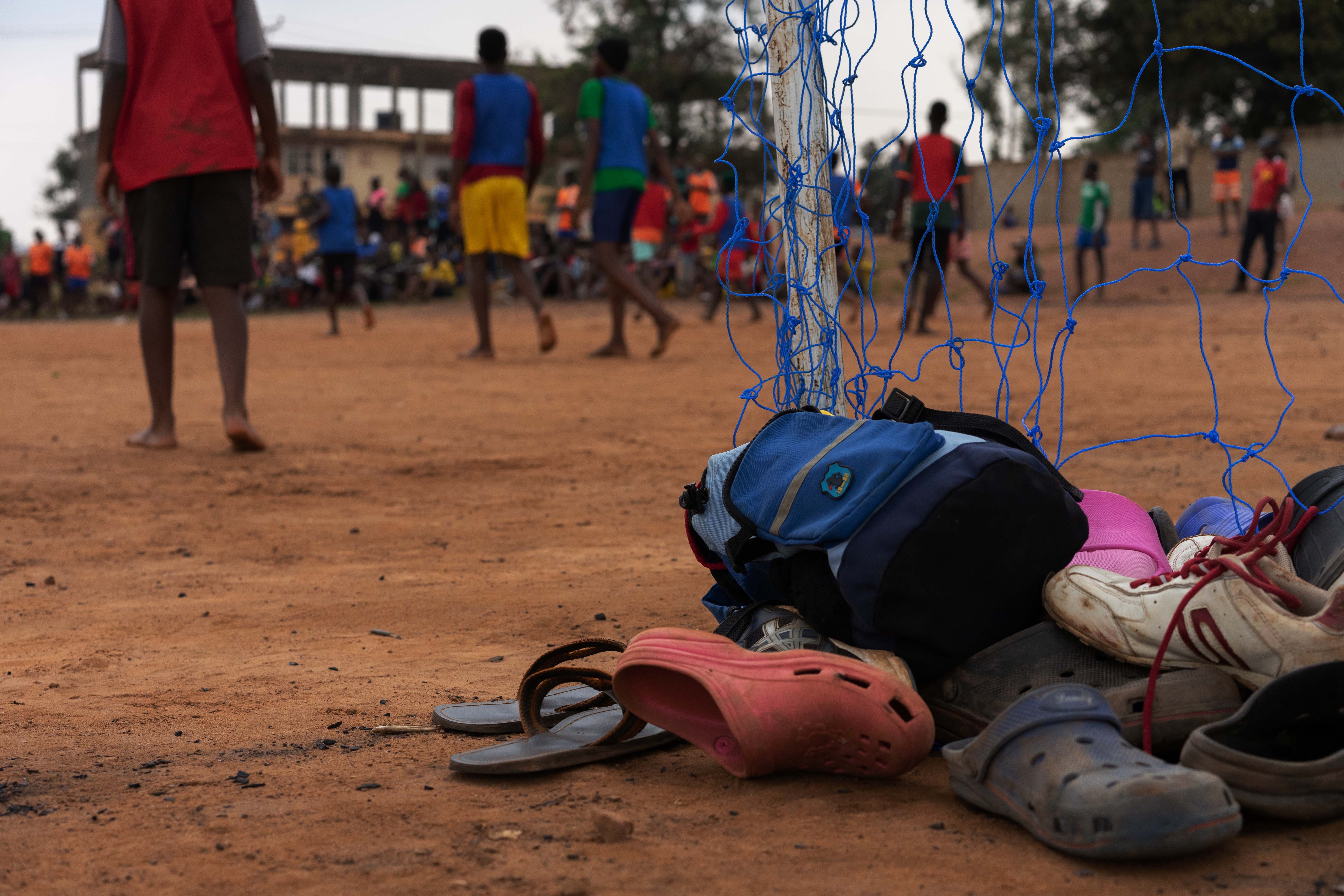 Founded on the ideals of inclusion, teams pick up points not solely by winning games but by playing fair – awarded on account of team spirit, respect towards the referee and opponents, and including girls on the pitch. 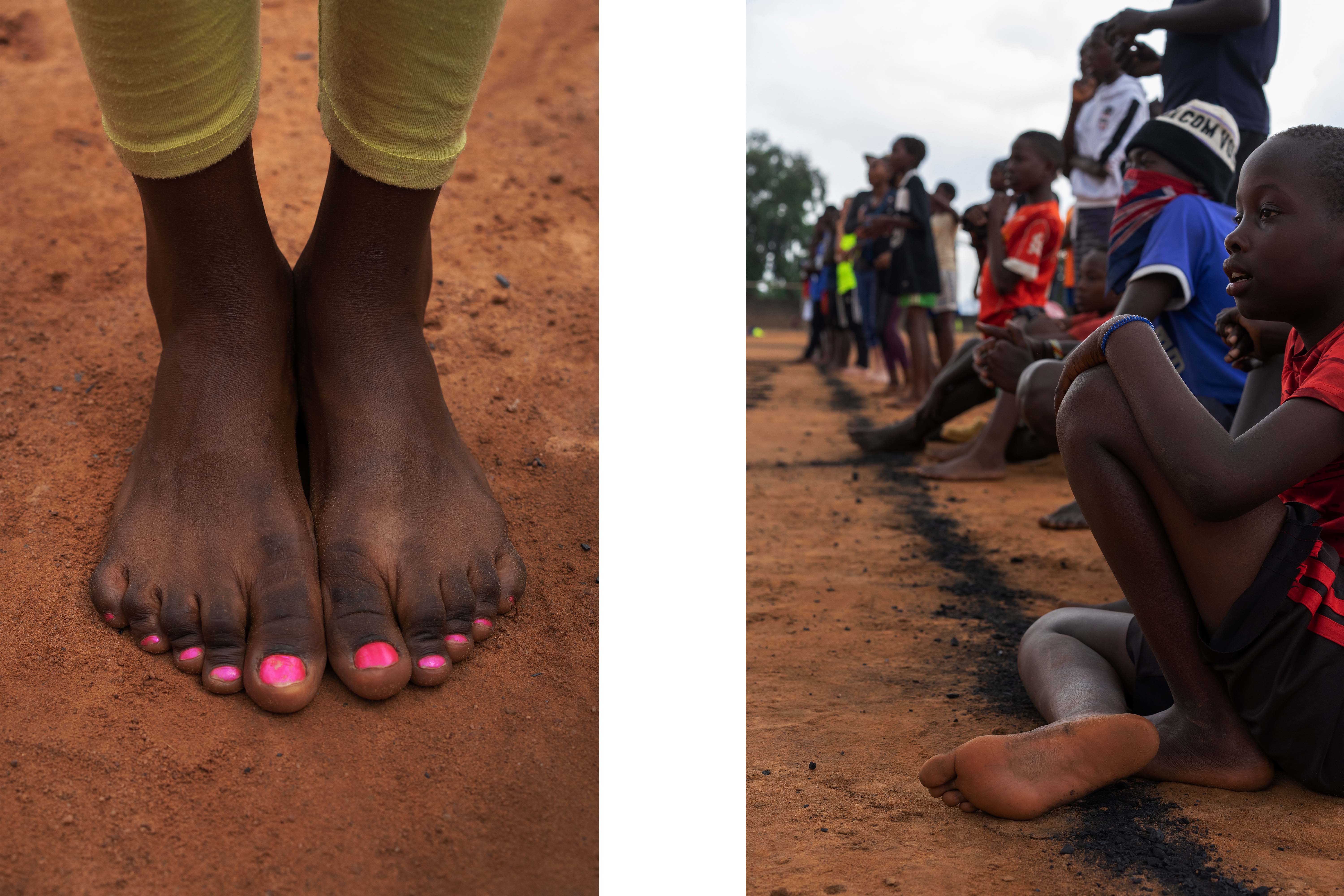 Soccer Without Borders’ aim for the weekly round of games is to help challenge these young people from the cultural gender roles they have been brought up with, and build relationships on a more equal level. 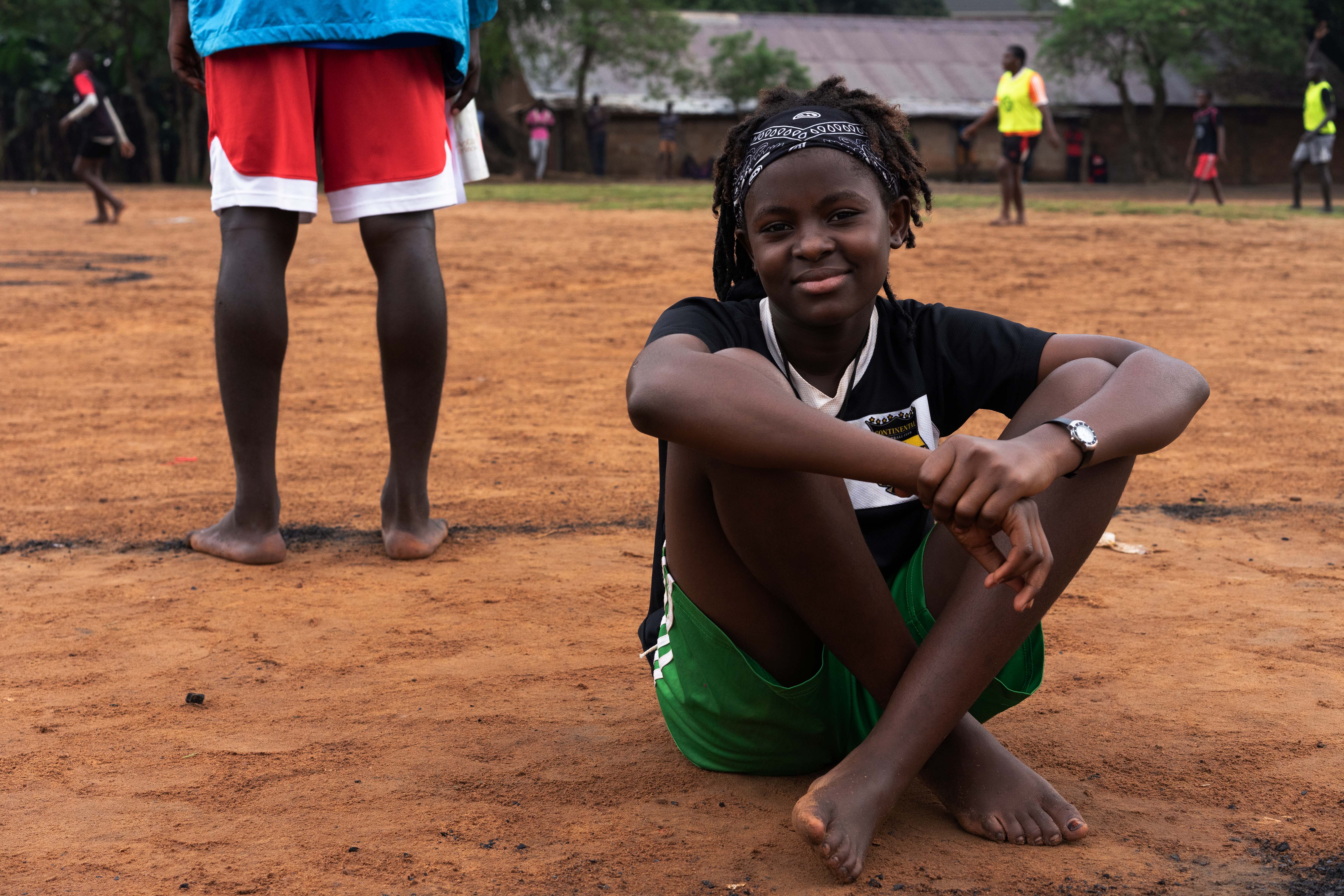 Testament to that were The Tigers, winners of the league’s fair play points award, with two players Anifa and Rama demonstrating the positive impact football can have on the lives of young people. 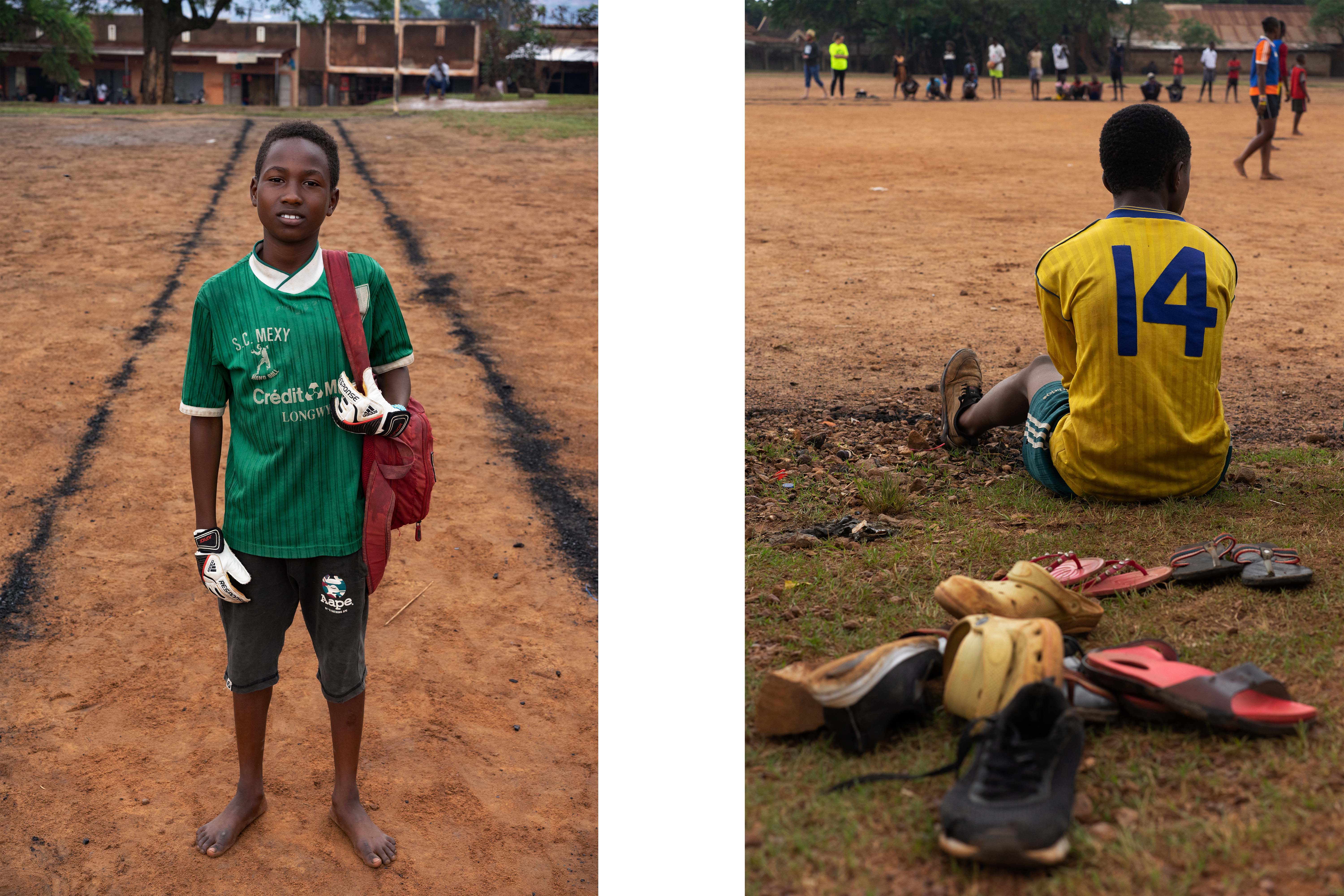 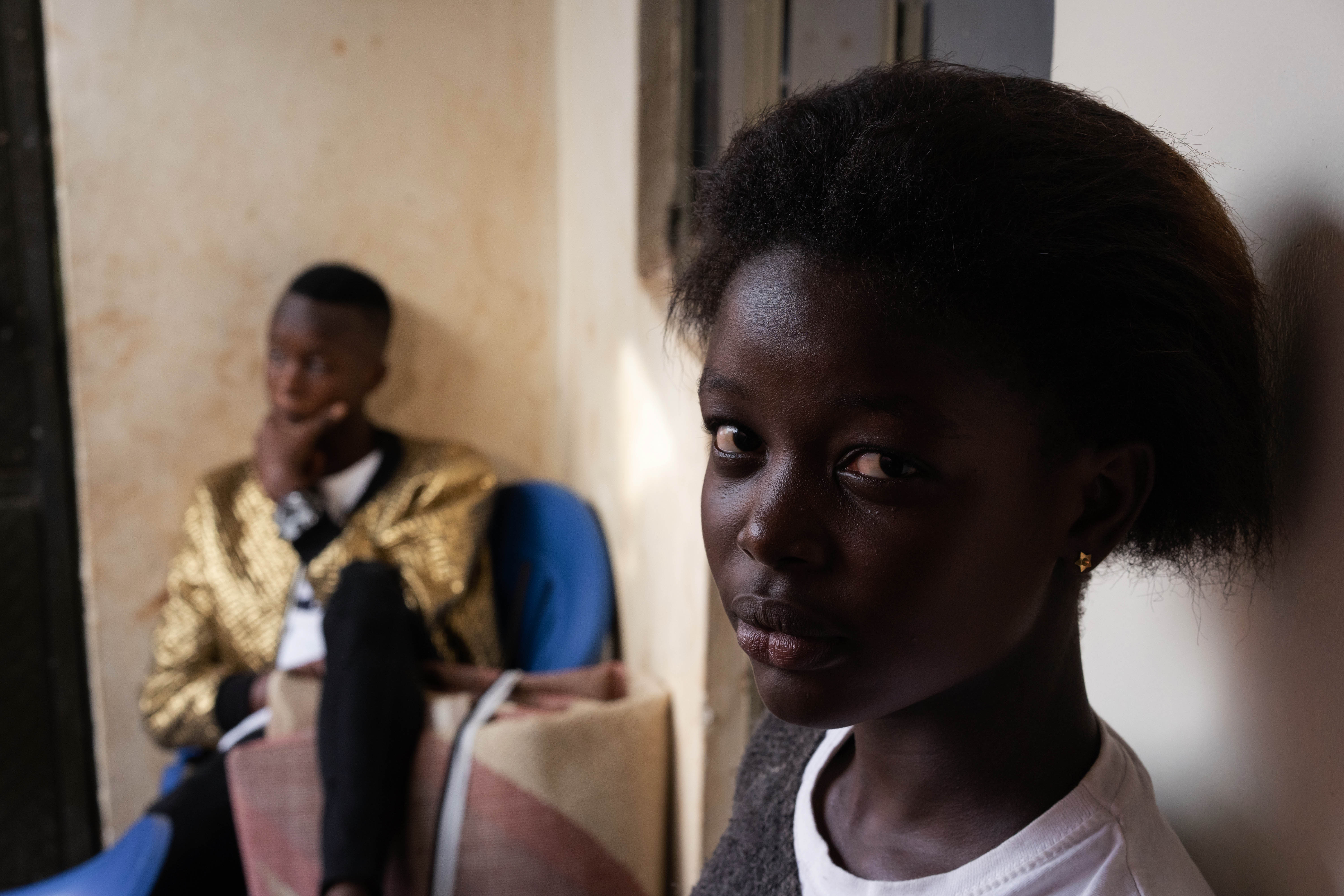 If it wasn’t for Soccer Without Borders, playing football as a young girl would’ve been as alien as the idea of learning English according to Anifa.

A year later, she can do both.

Anifa arrived in Kampala as a refugee from the Democratic Republic of Congo in 2018.

“Before joining the programme, I didn’t play football and couldn’t speak English,” she said.

“I didn’t know girls played football. I thought it was only for boys.” 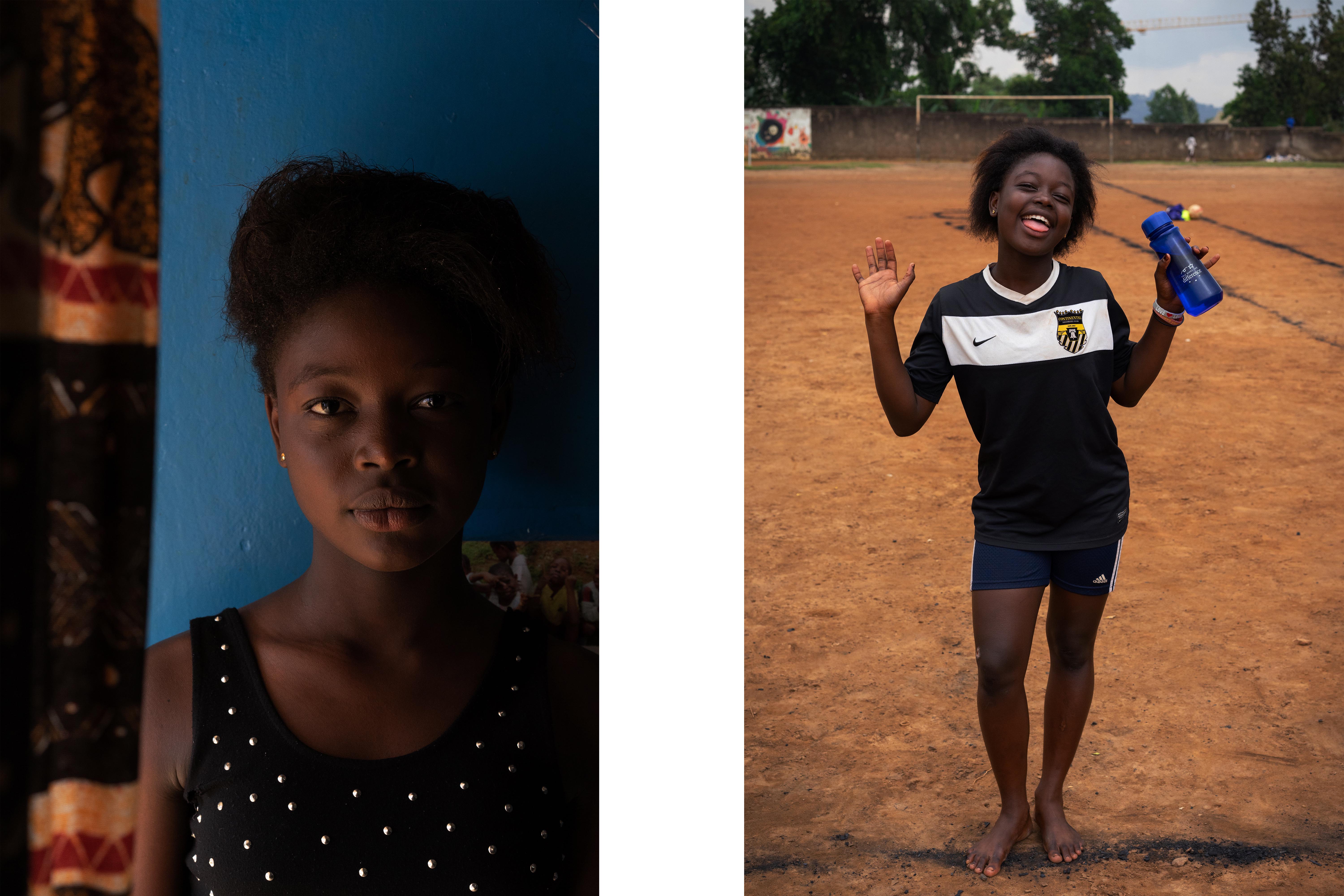 Her enthusiasm for the sport has grown so much that Anifa now wishes to become a professional in the future.

She was particularly inspired watching the Womenʼs World Cup last year on the television, and won top goal scorer in The Barefoot League.

“Football has given me more confidence both on and off the pitch,” Anifa said.

She plays with a smile on her face, though her focus and determination are clear to see. She has discovered a natural talent. 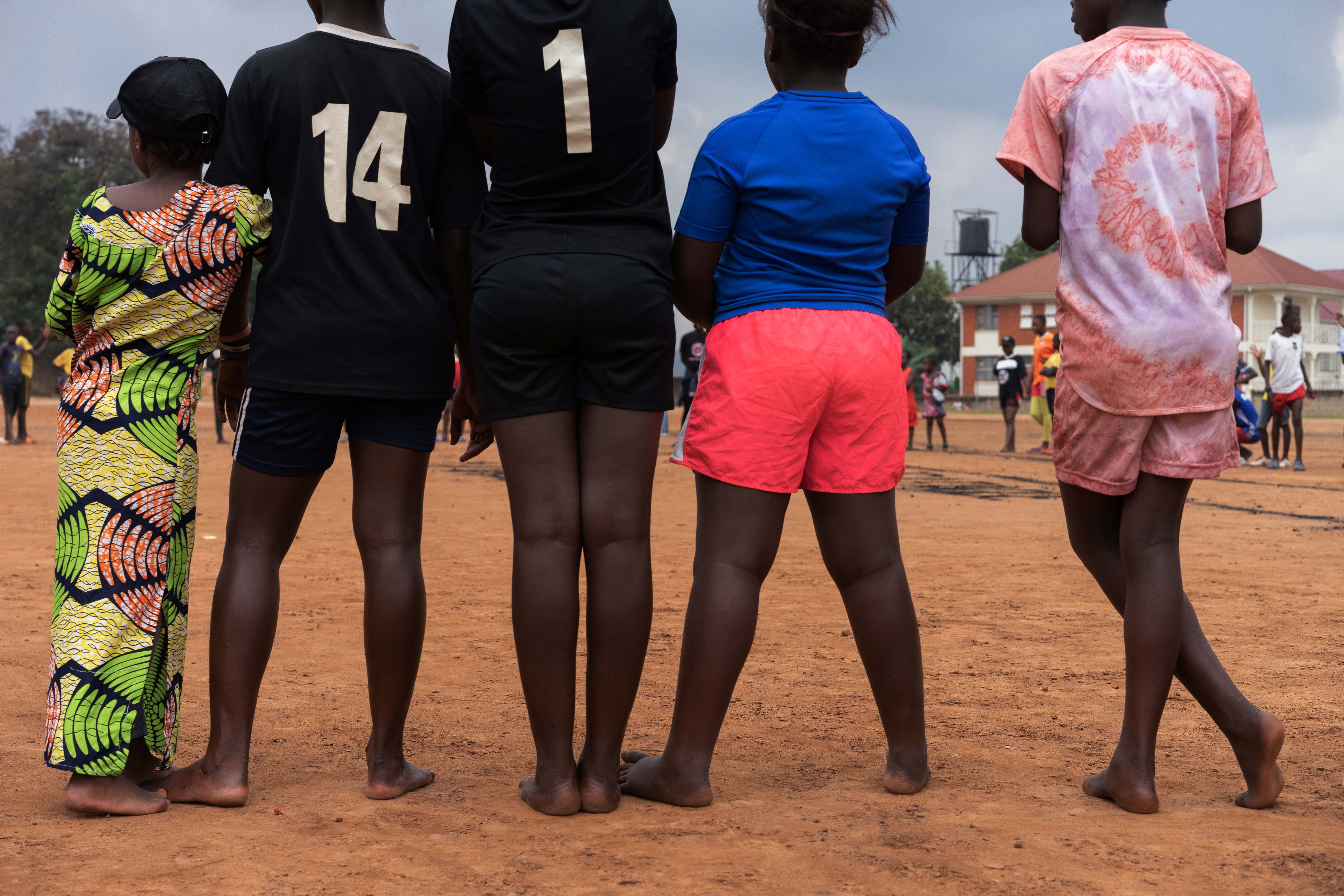 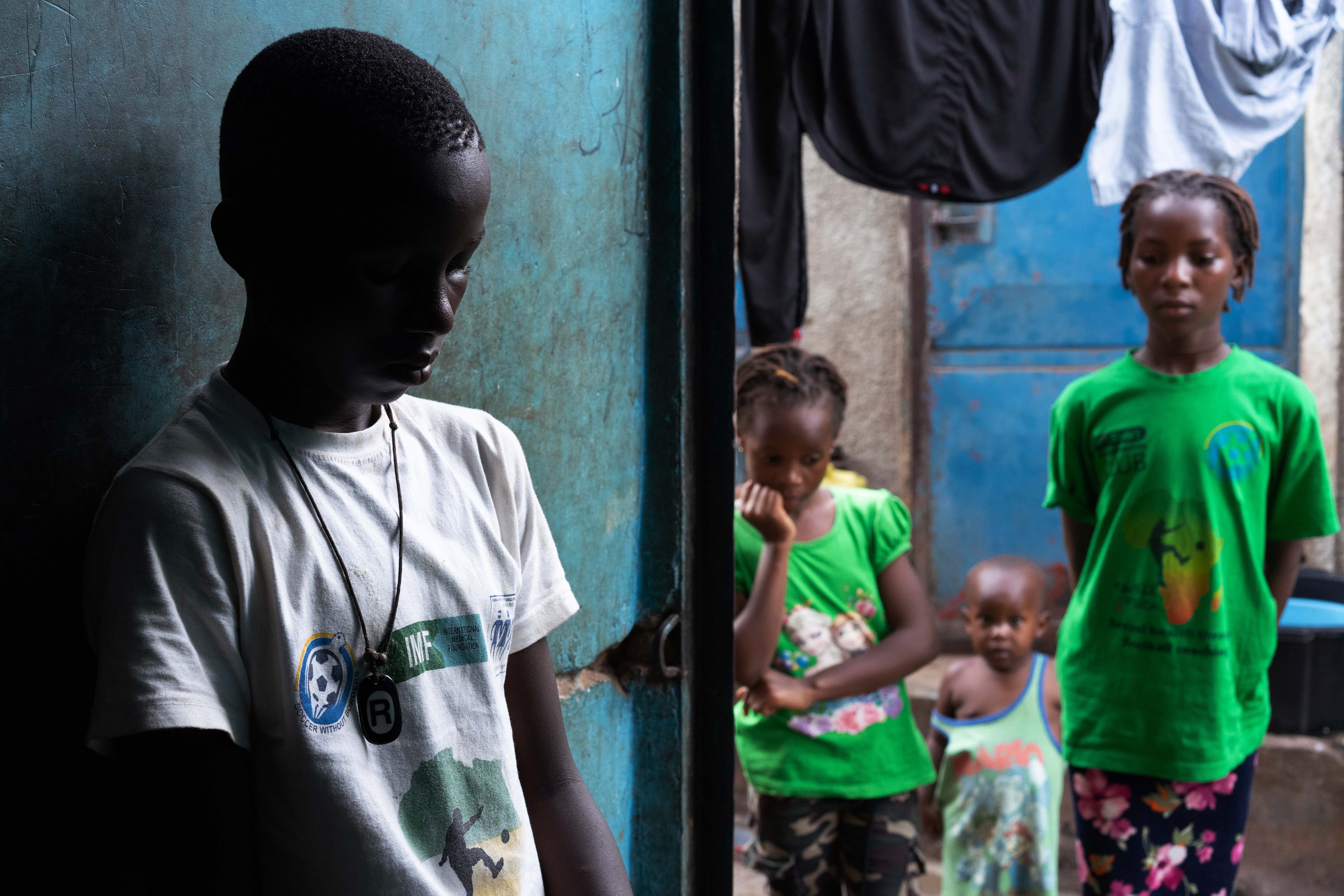 Gangs and crime could’ve been the route for Rama had it not been for Soccer Without Borders, his mother believes.

“He [Rama] would be on the street, vulnerable to the dangers of gangs, without their help,” she said. 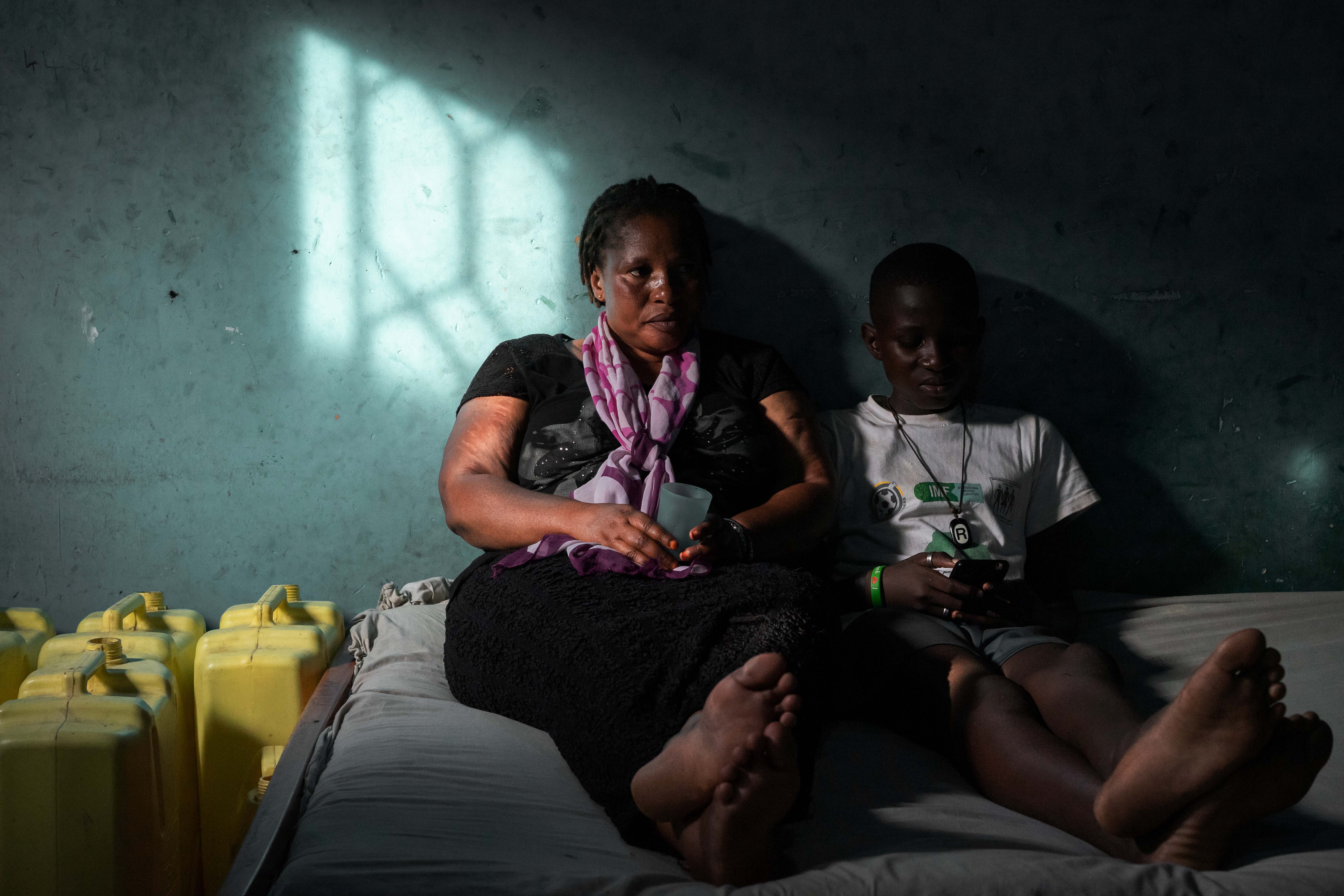 Rama has been in Kampala since 2016, escaping conflict in the DRC with his family.

Like Anifa, Rama could not speak any English before joining the programme.

“Through football I was able to learn English, which was important because otherwise I wouldn’t have as many opportunities in the future,” said Rama.

“He’s now helping me translate at the local markets,” said his mother, invaluable to her and her small business which helps keep the family afloat. 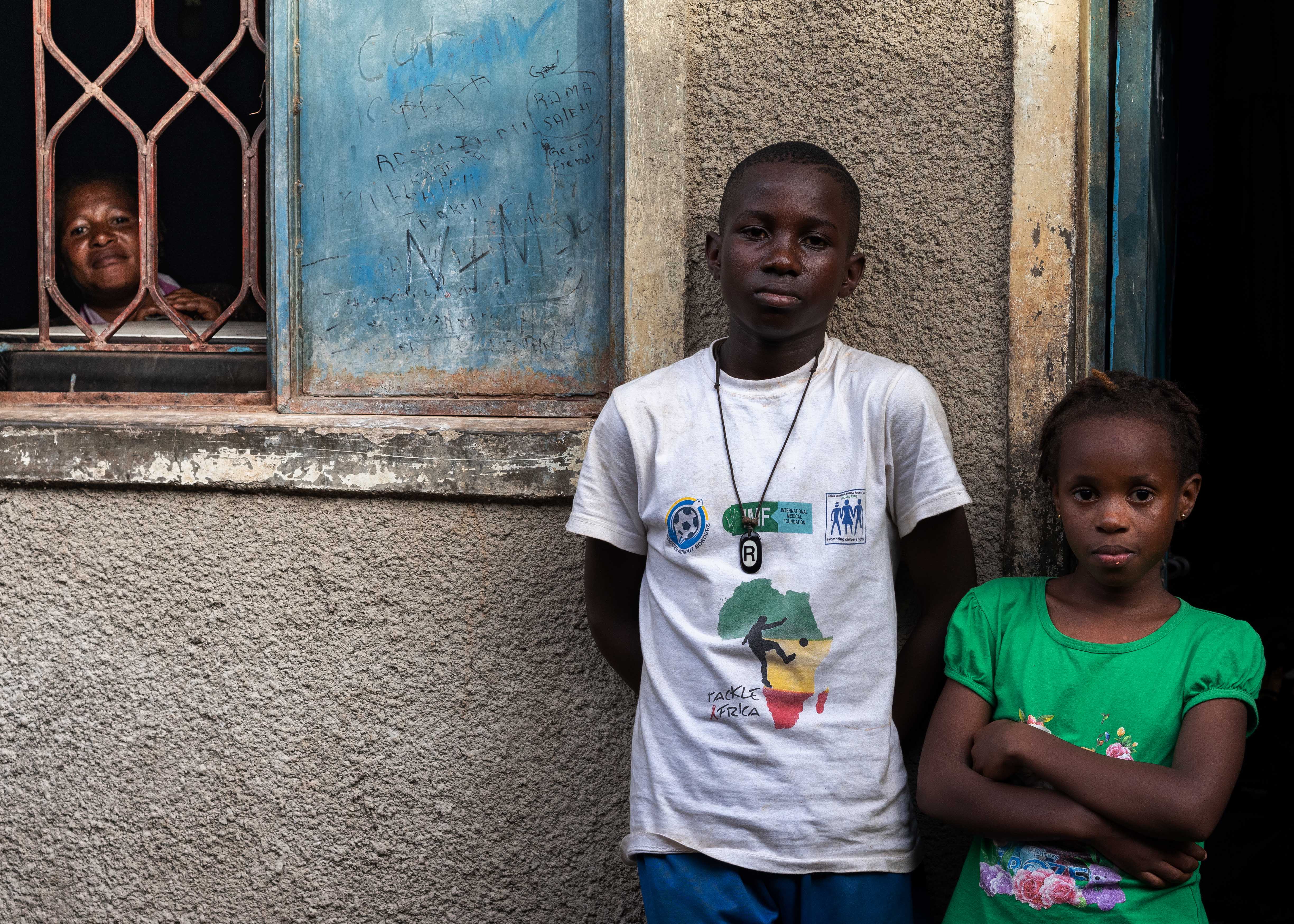 On the pitch Rama has excelled as a goalkeeper and defender, and played a key part in The Tigers winning so many fair play points during The Barefoot League because of his positive attitude.

“I love football. I have made so many friends since I started playing here,” he said. 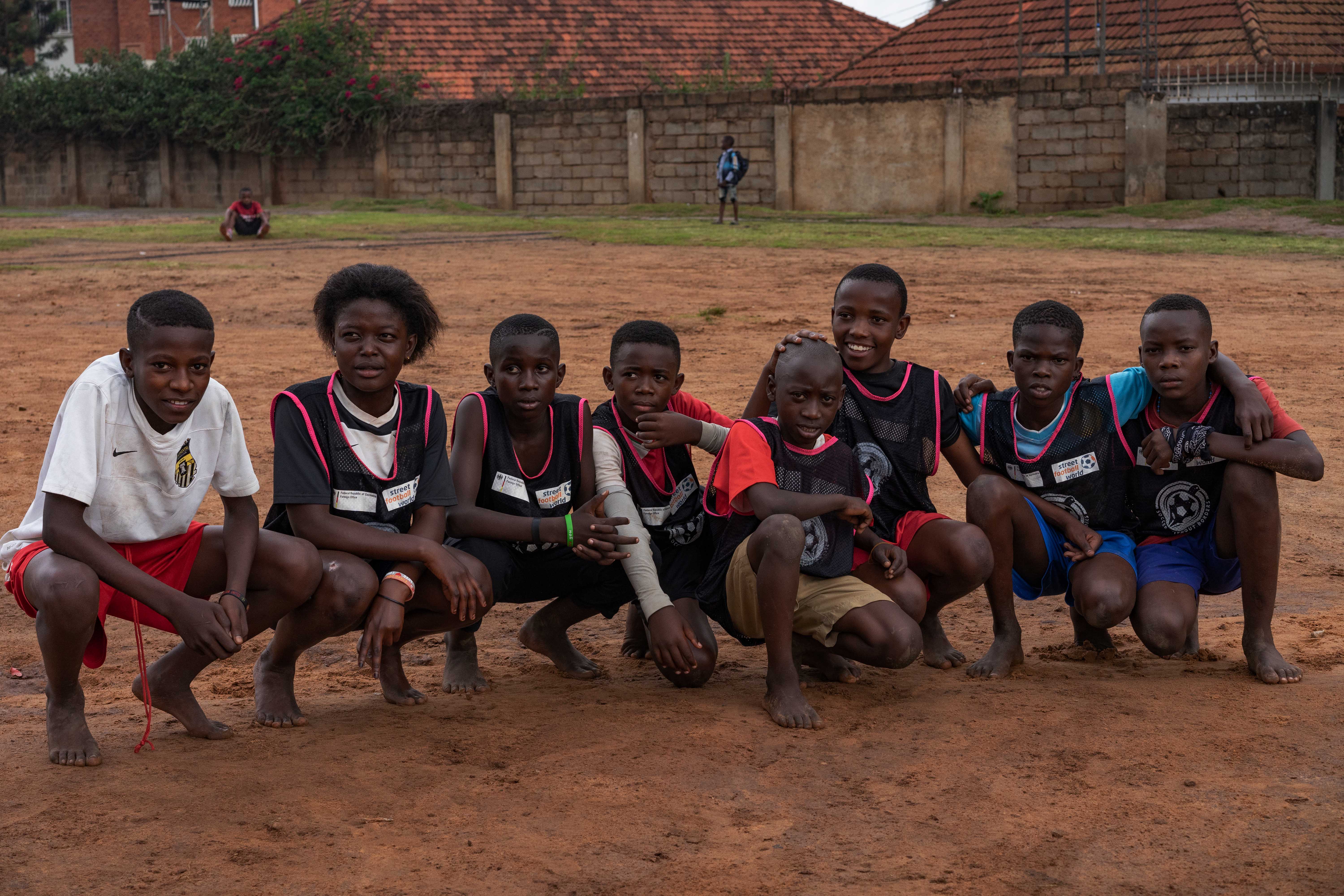