Roughly 800 million women and girls around the world have their period every day. However, in many places, taboos associated with menstruation, combined with an overall culture of silence around the topic, limit the ability of women and girls to fully and equally participate in society, undermining their overall social status and self-esteem and putting their health at risk.

In India, for instance, many girls are told not to leave their homes during their periods. As a result, one in four female pupils do not attend school during menstruation.

In Burundi, East Africa, some communities believe that if girls bathe near shared utensils during menstruation, it can cause the deaths of family members.

In light of these challenges, Common Goal has teamed up with WASH United – an advocacy NGO and expert in the field.

The goal of this partnership is to develop, test and implement a Menstrual Hygiene Management (MHM) Education Guide that can equip girls with the knowledge of what menstruation entails, and how to independently and hygienically manage it.

The project is designed to support teachers, football coaches and community workers in addressing a sensitive and often taboo topic in a fun and empowering way for girls and young women.

Within this context, the Menstrual Hygiene Management project uses football as a way to open a dialogue and impart menstrual hygiene education in a playful environment that does not restrict.

The project was first launched in India in 2018, in cooperation with WASH United and Slum Soccer, a football for good organisation using football to promote female empowerment as part of their curricula. During the first year of implementation, WASH United and Slum Soccer jointly worked on three objectives: developing the Menstrual Hygiene Education Guide for India; building the capacity of other football for good organisations in India through a training-of-trainers programme; and implementing the Menstrual Hygiene Education guide in 22 schools across India.

By weaving together football exercises with lessons on Menstrual Hygiene, increased knowledge has resulted in overcoming taboos to form improved management practices. For example, through the likes of the ‘No Limits Game’ players are encouraged to write down the challenges or limits they face with regard to their period, placed in containers propped up, to then be physically and symbolically kicked down and out with a football.

In 2018, the project reached more than 3,031 girls who improved their knowledge on Menstrual Hygiene Management and are now empowered to manage their period safely, hygienically and with confidence.

It further succeeded in helping to overcome restrictions and taboos surrounding menstruation. Following the training, 43% of the girls who had participated decided to stop following societal restrictions and 52% said that they could now speak openly about restrictions with their families.

“Now, they are not hesitating to ask difficult questions,” said Abhijeet Barse, Director of Slum Soccer. “Even among girls, it was very difficult to open such a topic, but now they don’t shy away, they also don’t shy away from sharing the information. This is one of the biggest impacts we are seeing reflected in our ongoing programmes”

With the support of other non-profit organisations and governmental partners, the Menstrual Hygiene Education Guide is being used in more than 15,000 schools empowering approximately two million girls. 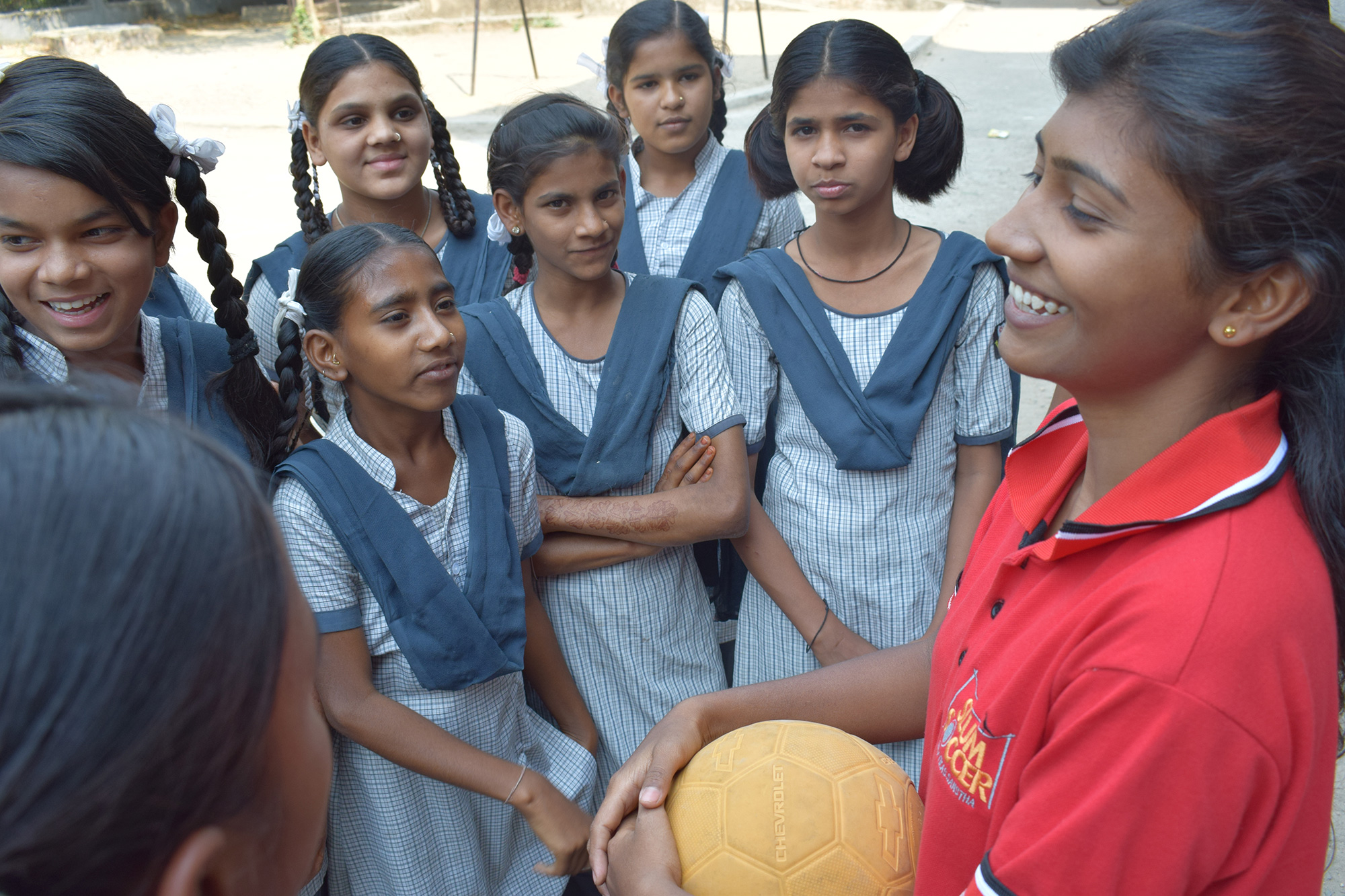 Following the project’s success in India, and with a tried-and-tested implementation tool to hand, the MHM Education Guide is ready to be brought to many more football for good organisations around the world.

The project is currently being expanded to East Africa where it is first being carried out in Uganda.

The second phase of the project kicked off in 2019 during the East Africa Festival hosted by football for good organisation Youth Environment Services (YES) in the Busia District of Eastern Uganda.

It is an annual festival that gathers a group of 20+ football for good organisations to discuss the impact and future of football for social transformation in the region. In 2019, the Menstrual Hygiene Management project became a centrepiece of the event.

“Young girls don’t know how to manage a period. When we did some studies, we found that when girls get pregnant early it is often because they donʼt know about periods or how to manage them. It is important to break the taboo and help these girls.” 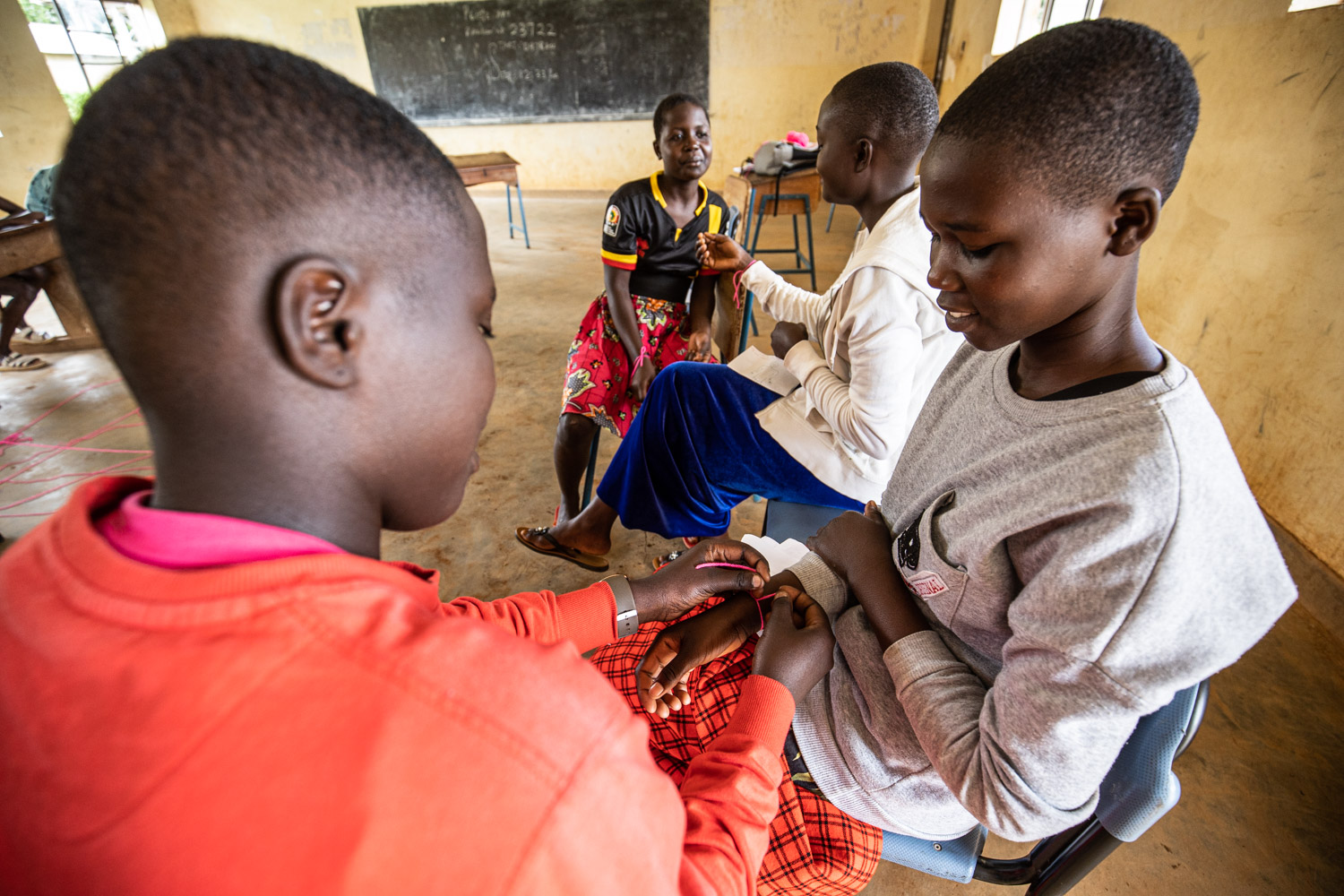 Once more, the workshop delivered by WASH United Master Trainer Ines, was tackling the lack of education that women have about their health that leads to negative consequences in their lives.

Workshop participant Mina, who passed out during her first period due to fear and lack of information, left wanting to teach girls that they do not have to isolate themselves during menstruation.

“They can tackle the reality properly without embarrassment,” she said. “Without missing school, while managing it comfortably and hygienically; changing the perception of menstruation is vital. The moment we think of it as normal, the problems faced because of menstruation will stop.”

Through Common Goal, the aim is to continue training football for good organisations in the region so that they can integrate menstrual hygiene education into the core of their programmes.

To ensure that the methodology can be widely shared and scaled to the wider African continent, the project includes the adaptation of the Menstrual Hygiene Education Guide into a freely accessibly online tool that registered organisations can use.

The online tool will also offer webinars and one-on-one mentorship for football for good organisations.