From a pledge to help fifteen young street children living on one of the world’s most infamous rubbish dumps, to Cambodia's widest-reaching grassroots football programme

“There she was, this young woman, without barely anything by way of material,” explains Martin Cubbon, one of Indochina Starfish Foundation’s (ISF) founding trustees. “She was surrounded by a group of young kids in her bedroom in the middle of the Stung Meanchey dump, teaching basic Khmer and maths.”

Since 2005, ISF have been providing educational and footballing opportunities to help break the cycle of abject poverty in Phnom Penh. Yet, had it not been for this chance encounter, the past fifteen years of work may never have been set in motion.

“It all happened in a very serendipitous manner,” recalls Cubbon, as he explains how good friend and founding trustee Peter Slater met Therey, the teacher from Stung Meanchey.

“Being between jobs, he was travelling a lot and I recommended Cambodia after recently falling in love with the country,” says Cubbon. During his travels, Slater met Thereby, who was working as a local tour guide, had two side jobs, all while studying at university.

In trying to learn more about Cambodia in the short time he was there, she offered to show him a side of the country tourists normally do not experience.

Somewhere amidst the rubble and rubbish stretching 100 acres – home to thousands of Cambodians and including entire families – she brought him to her makeshift classroom. 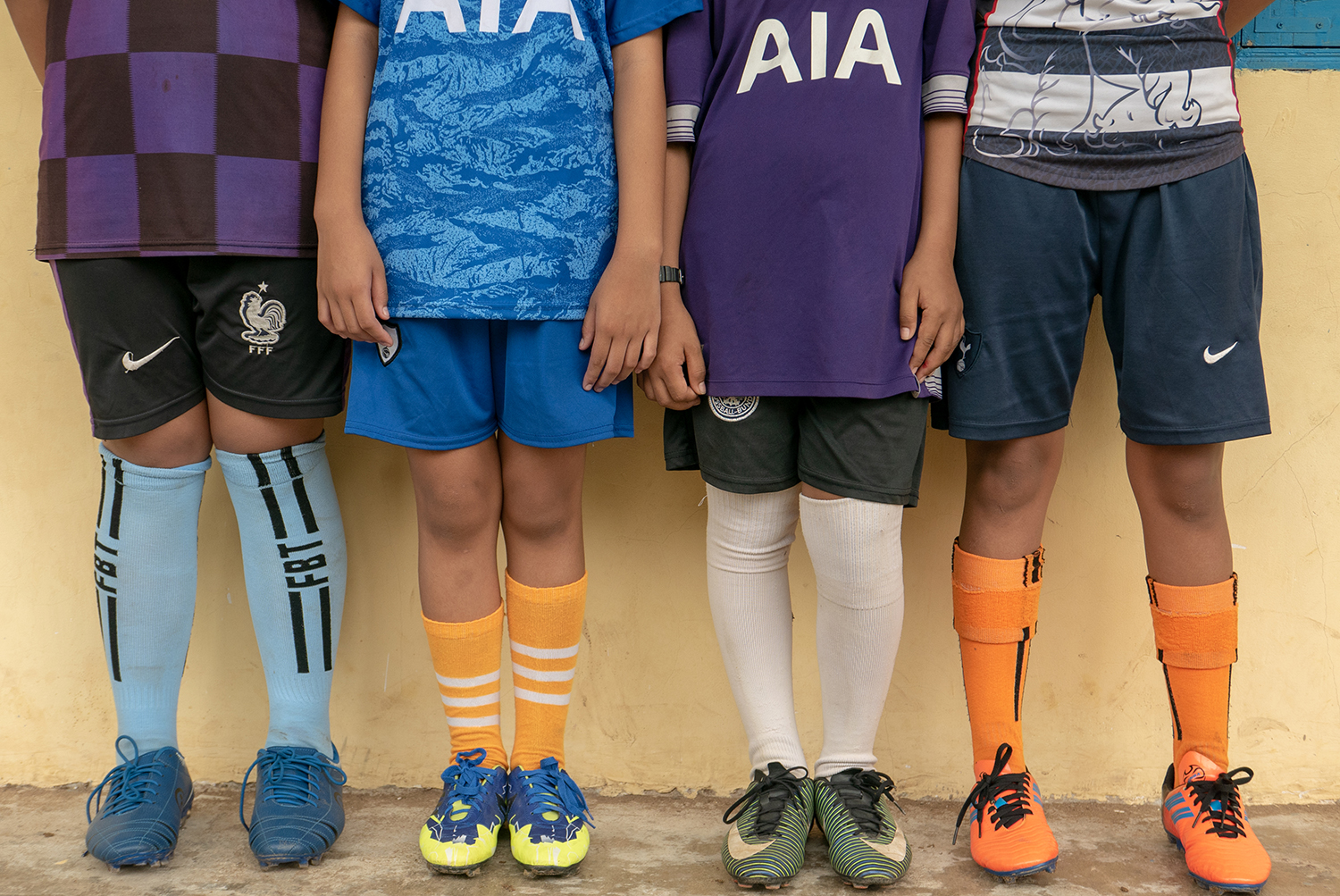 Every afternoon, young children would stop rummaging through the heap – gathering and selling whatever materials that others had disposed of – to learn.

“He was so blown away by her work,” says Cubbon, “that he paid for her to stop working and to concentrate purely on her own studies and her passion of helping these kids.”

“The reason Peter wanted to use the name ‘Starfish’,” explains fellow founding trustee, Leo Brogan, “was because her [Therey’s] work reminded him of the starfish parable.”

Adapted from Loren Eiseley’s The Star Thrower, Slater’s thoughts turned to the little girl who, one by one, saved thousands of starfish left stranded on the beach:

“What are you doing little girl? There are millions of starfish out there dying. You cannot believe that you can make a difference.” The girl kneels down, picks up a starfish, throws it into the sea and says, “I made a difference to that one.”

Stories From the Field: Finding Courage Through Football

From the moment he set out to help young people in Cambodia, it was his aim to create “one large family” built upon “having fun and everyone enjoying themselves”.

In name and nature, the philosophy has stood the test of time, though from those early days much has changed.

Be it common to many newly founded NGOs, ISF’s early problems were never ones of funding. The problem was what they were offering itself: education.

In Stung Meanchey, whether young people went to school or not was determined by the necessity of working and contributing to the family’s or individual’s financial survival.

“To get kids to attend the school and stay there, in a sense we had to bribe parents,” explains Brogan, “which meant compensating the parents on what they would be losing out on through a day’s child labour,” he remembers.

The partners decided to instate a policy that stipulated, as Brogan explains, that: “if your child attends 80% of school, or 23 days within a month, we supply the families with a monthly food package containing the necessities: rice, vegetables, preserved meat, and cooking oil.” 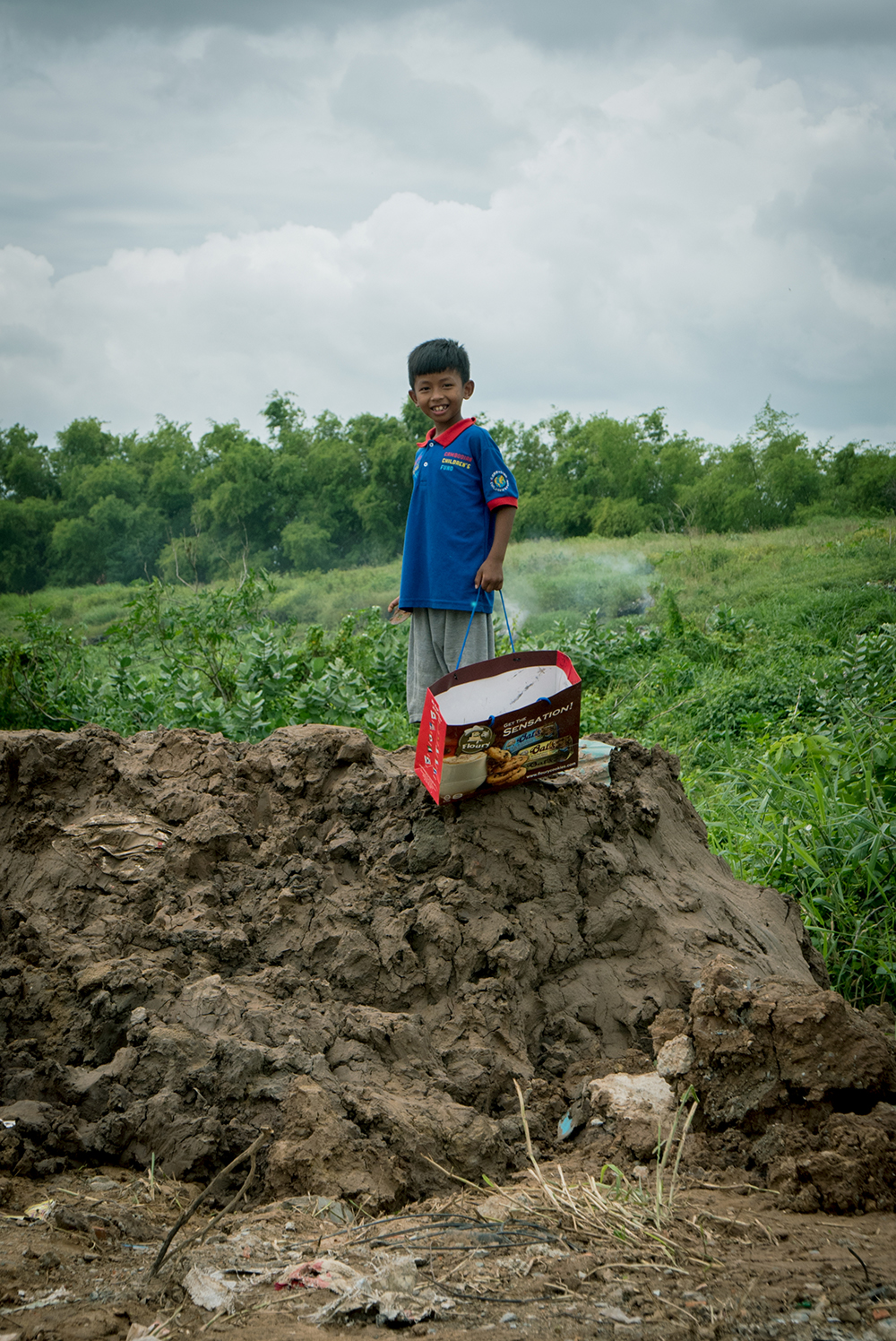 Beyond forfeiting education to make ends meet, lay a deep-rooted suspicion of education tied to the dark history of the country’s all too recent past. Among the millions that fell victim to the Cambodian genocide under Pol Pot’s dictatorship, one section of society the Khmer Rouge regime targeted and effectively decimated, were those considered to bear intellectual qualities.

There was also an apprehension, as Cubbon describes it, towards “a group of guys in their fifties wanting to set up a school, especially following years of well documented cases of foreign organisations offering aid and nothing of any good coming from it.”

In hindsight, both Cubbon and Brogan place ISF’s early struggles down to a limited understanding of the cultural nuances Phnom Penh presented.

“At that point, alongside the free meals and vaccinations, we were still pushing teaching English, perhaps subconsciously thinking a job in a restaurant or a bar later in life would be enough,” says Cubbon. 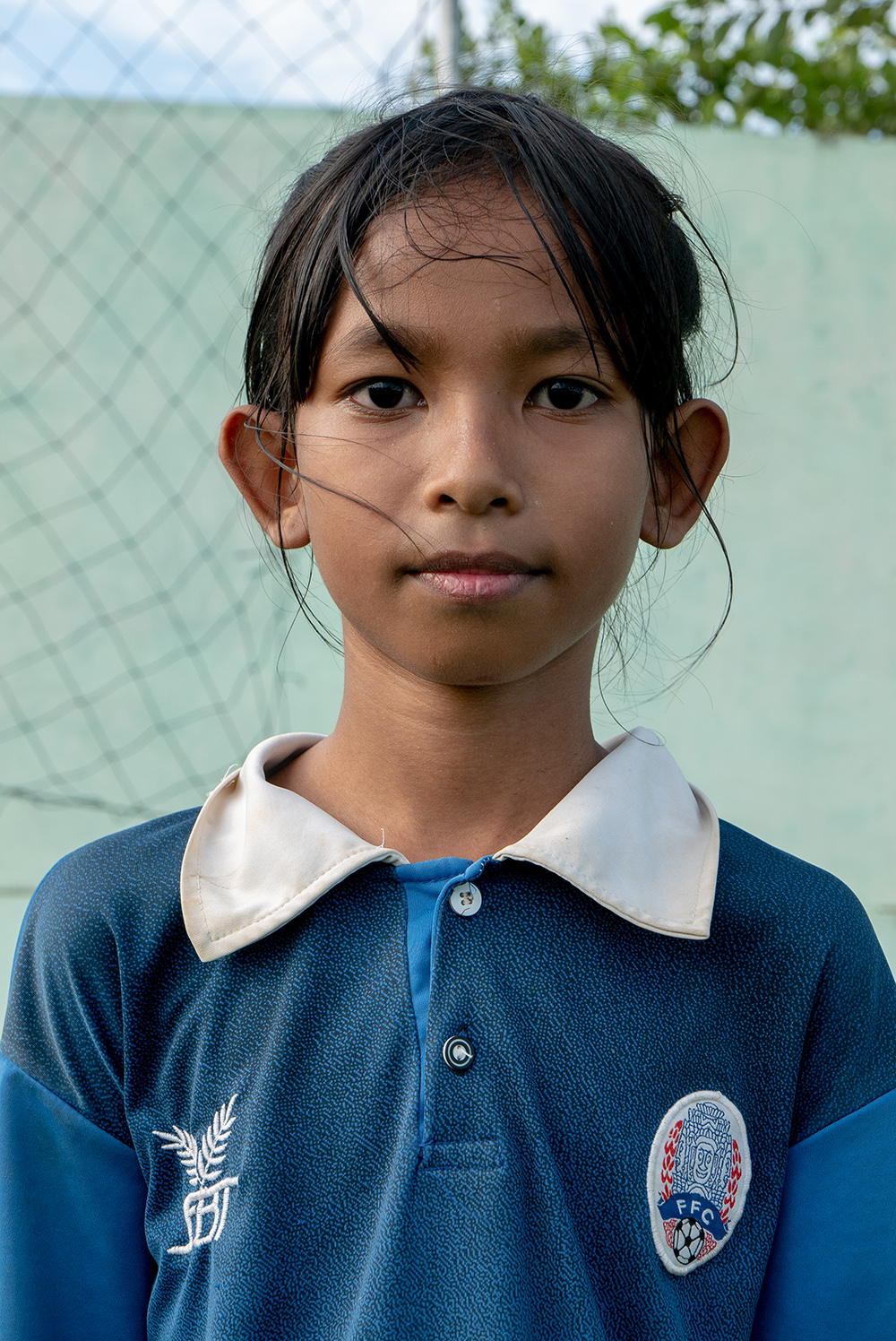 “But was that going to break the cycle of poverty years down the line? Definitely not.”

“In terms of education, we’re talking about kids with absolutely none. They needed to be taught Khmer and be fast-tracked back into the local school system.

“As westerners, you can have your perception of what you think people need but we’re not from Cambodia, we haven’t lived through what they have, and in fact we barely know the country.” 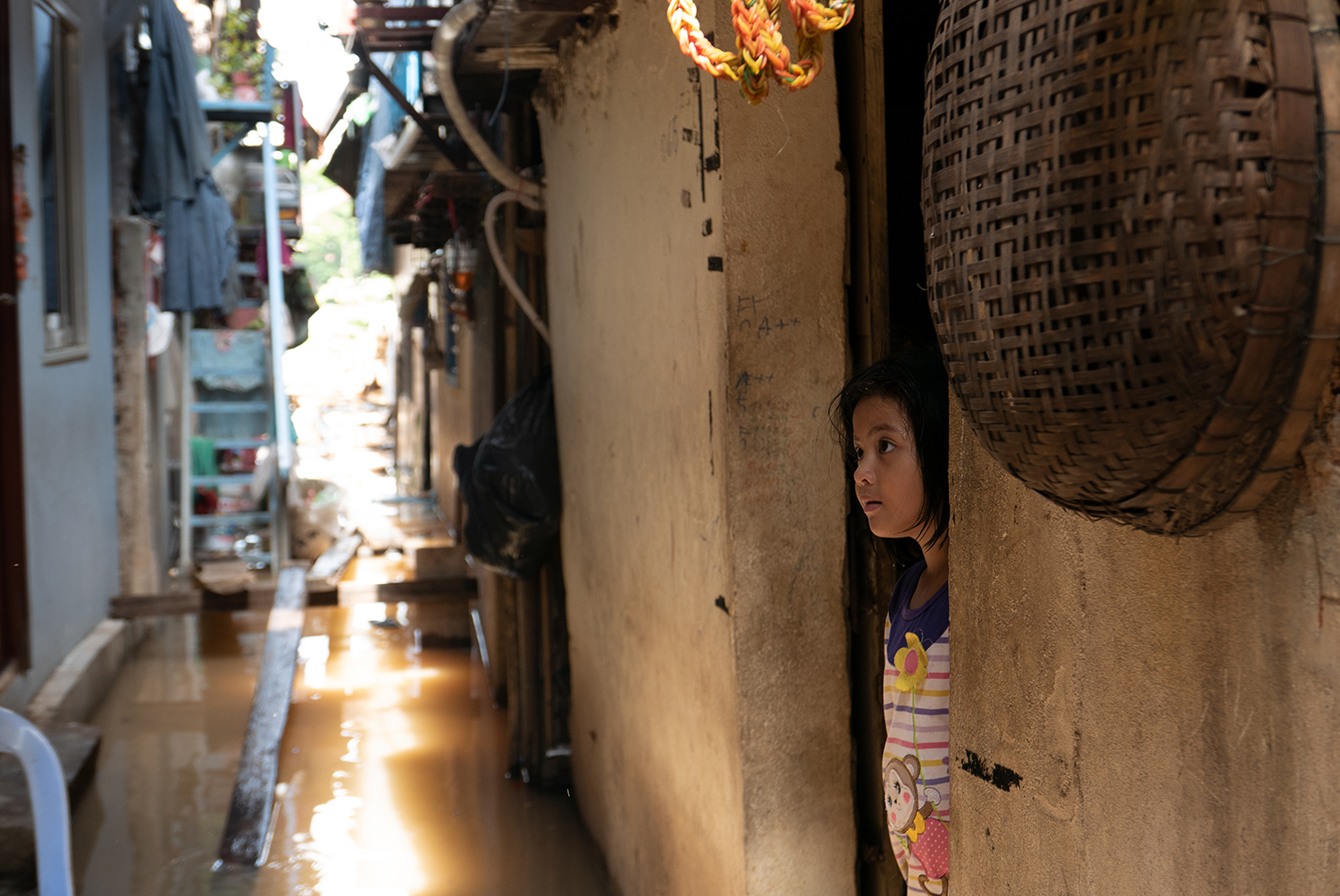 Brogan then explained that it took a sobering realisation of who they are and what they know: “None of us had any idea of the NGO sector, and as far as poverty, we knew what it looked like in Australia or the UK. In our profession, we were used to dealing with high-net-worth-individuals with tax or funding issues. It was a cultural shock.”

The breakthrough eventually came through football.

While out on another visit to a local NGO, they strolled past an old dried out former rice field being used as a makeshift football pitch. In passing, the pair mentioned flattening the field for the children to play free of fear from injury, then offered to erect a set of goals, paint lines, and eventually find a coach.

Suddenly news spread and they started getting phone calls from across the city. “We said: ‘Look, we’re not in the business of building pitches, however, we can provide the coaches if you’ve got the space’,” Brogan remembers. 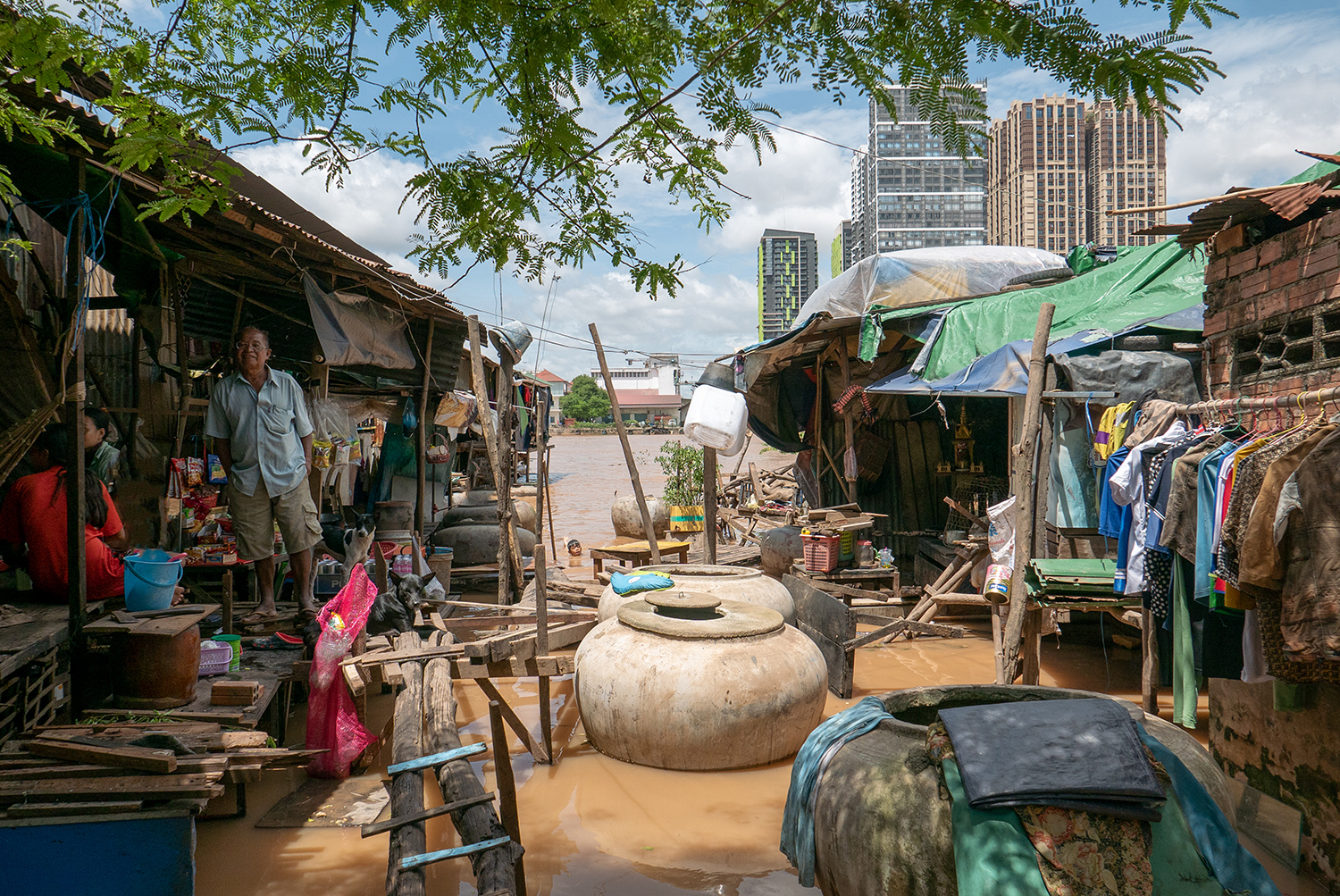 “Football is a simple game, all it took for us was some open space to play and it enabled far greater reach than we thought possible,” explains Cubbon. “And beyond that, we saw that it created a captive audience, who were more attentive and willing to learn.”

Brogan remembers that during a meeting about sponsorship with ANZ Royal, Cambodia’s second largest bank, he was asked by the managing director – a native New Zealander and rugby fanatic – “Have you ever thought about Rugby?”

His answer: “Not for longer than a split second.” 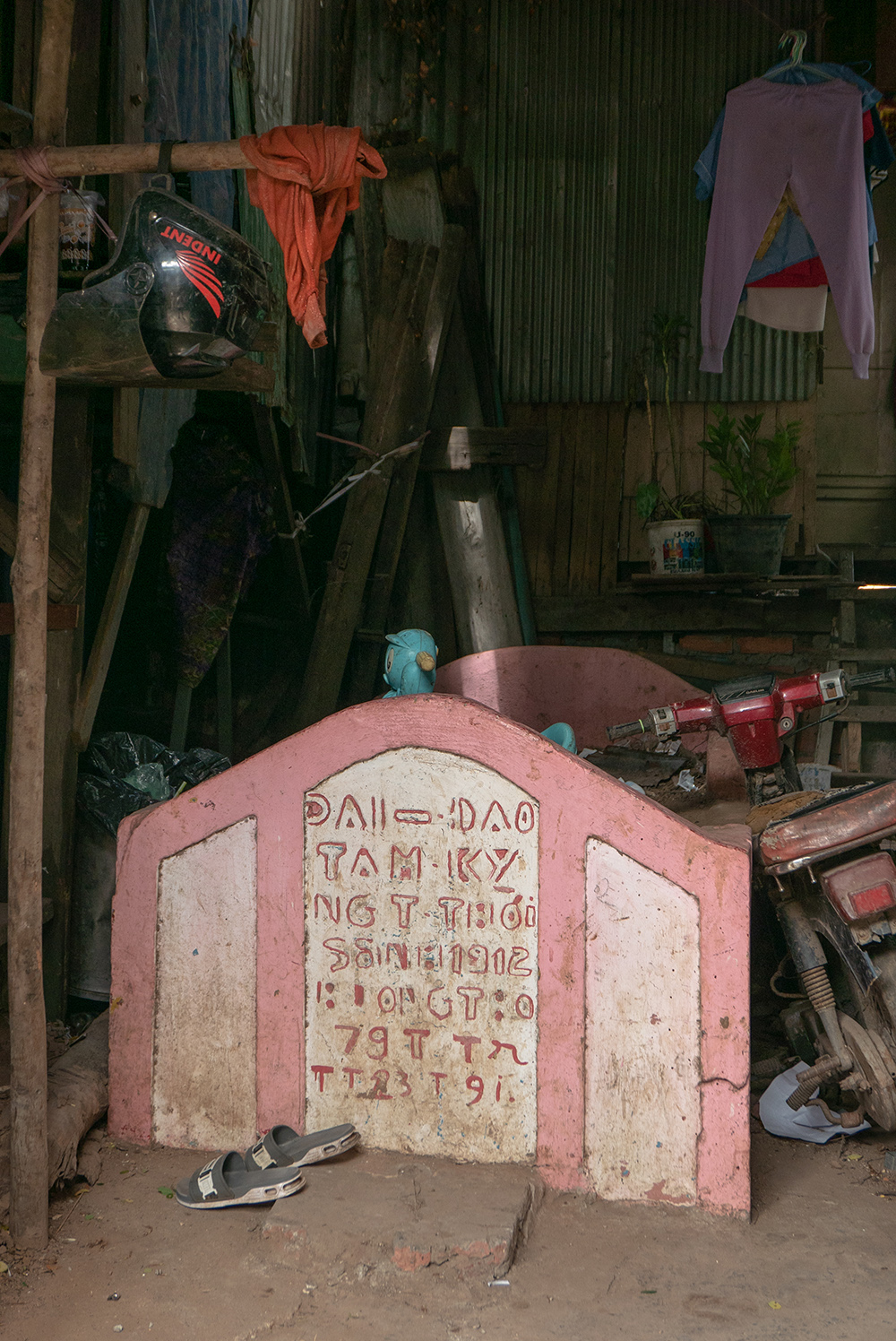 Vietnamese gravestones double up as beds in Smor San.

For the first few years, without a pitch to call their own, most evenings ISF coaches would scour Phnom Penh looking for spaces to play. Come nightfall, they may have found a patch of grass for activities, only to be told the next day it was unavailable.

“You could see by having the uncertainty of not knowing if you’re playing or not, we couldn’t grow,” said Brogan. With every session lost, one less starfish was being helped back to sea.

After investing in land, the organisation now boasts its own pitches and its very own school. With 728 young Cambodians within Indochina Starfish Foundation’s fast-track education system, more than 8,000 take part in the organisation’s football activities through multiple leagues and tournaments stretching beyond the city’s edge. 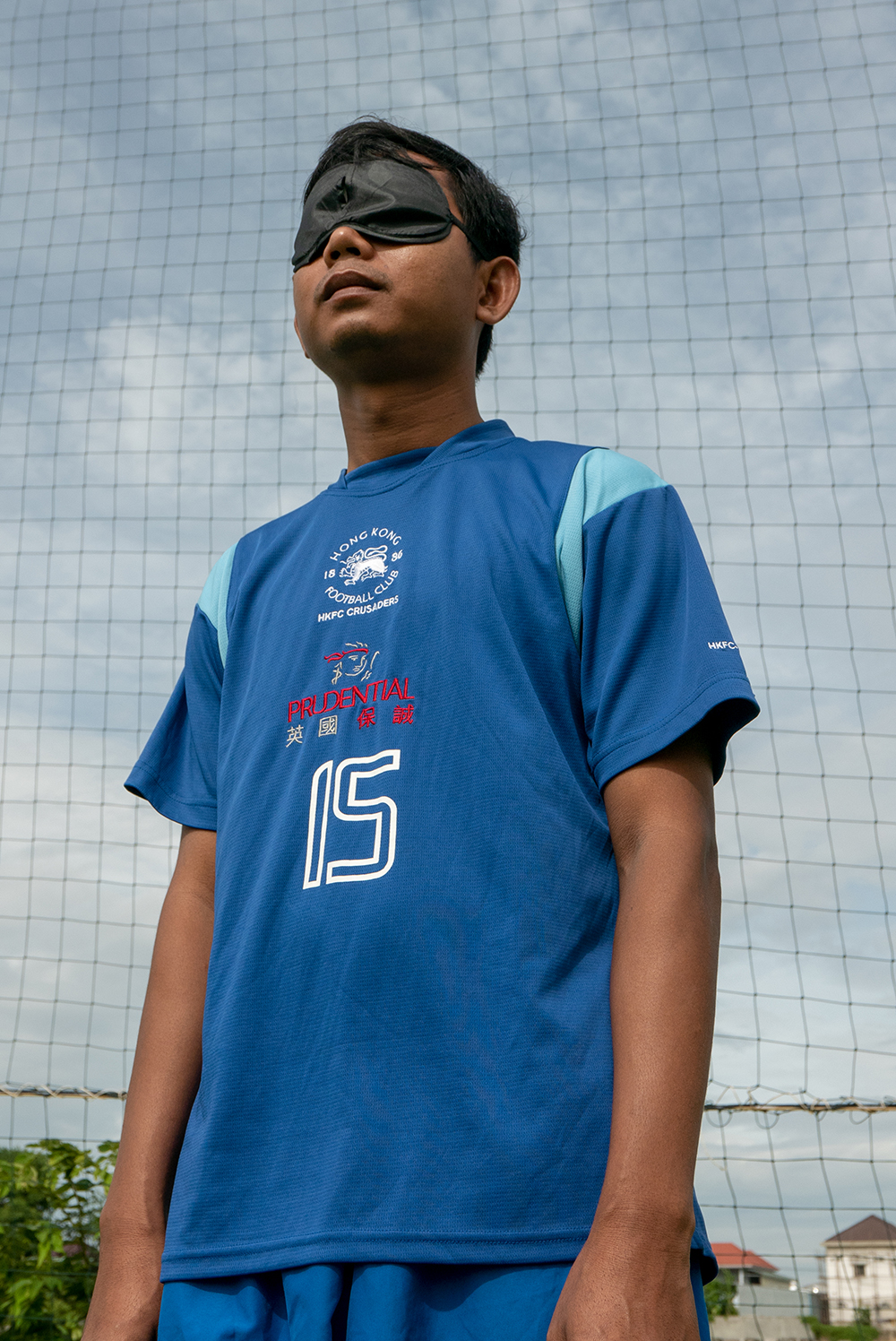 And beyond Stung Meanchey, through outreach football programmes, they were able to access yet more vulnerable communities in the city, from Smor San Community, Derm Sleng and Derm Chan.

Like Punna Song, many former participants once eked out a living by collecting rubbish and are now full-time staff and coaches.

She epitomises the desire among parents to get their children into the school, which Cubbon makes clear has brought its own challenges: “We’ve thought about scaling up but we need to operate within our means to make a real difference.”

“Sustainability is paramount. Our approach is to do as much we can, for as many as we can,” Brogan declares, adding that, “with over 15 years plus in Cambodia, I’ve seen a lot of great, great NGOS die because they didn’t live within their means.” 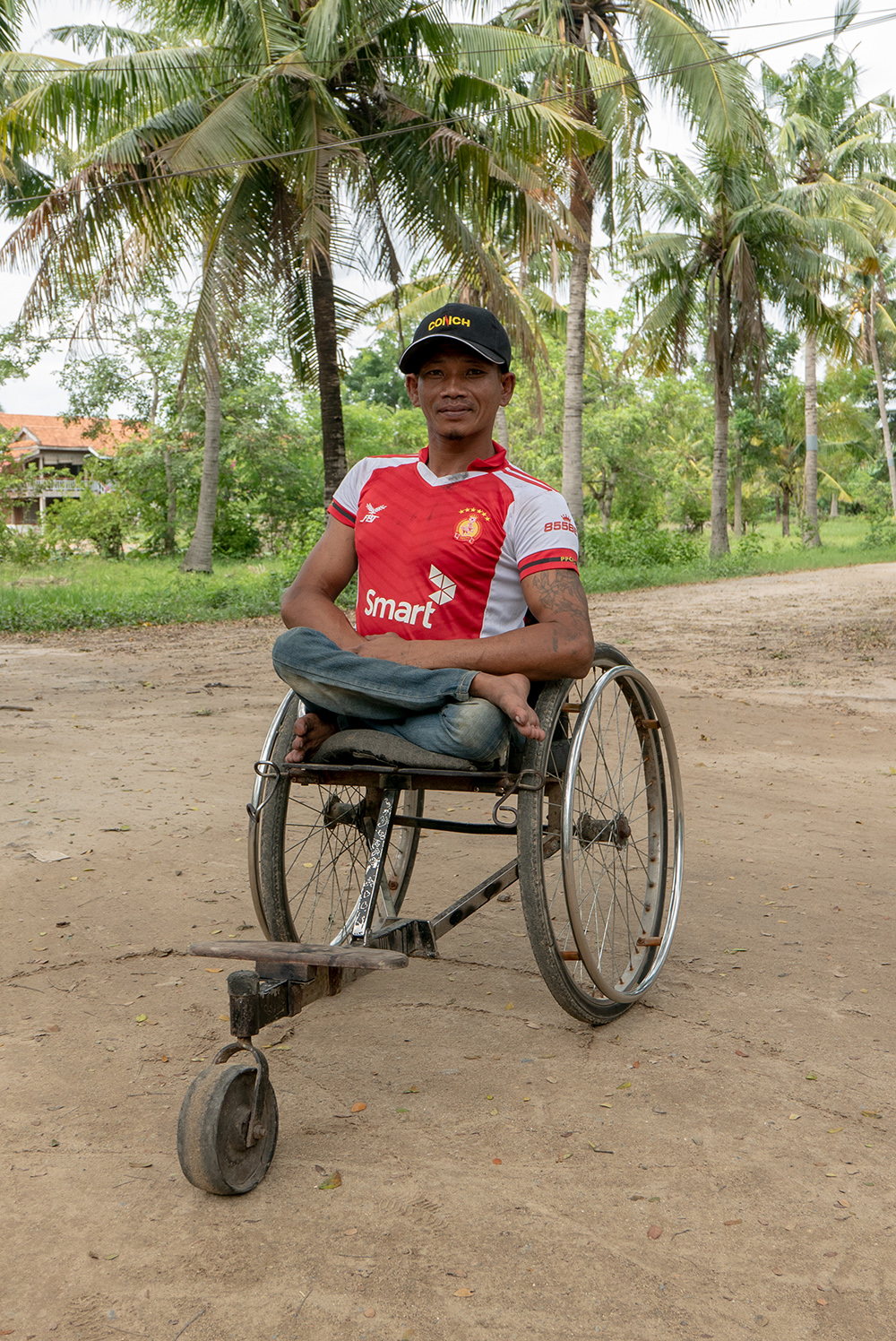 “Every year, when we sit down to discuss capacity there might be 500 applications and it’s a matter of taking on 80 young children or 90,” he says.

His words hark back to the encounter with Therey, with thoughts toward young Cambodians who could benefit from what Indochina Starfish Foundation has to offer. Most importantly, however, the family that once numbered 15, continues to grow.

“Unfortunately, we can’t help everyone,” says Brogan, “otherwise we would. But we’ve got a fantastic programme, we’ve got to make sure we maintain it.”