Rwanda was a country ‘ripe for vengeance violence’ that has seen football play an important part in building something very different – a nation at peace.

That’s according to journalist John Clarke and filmmaker James Erskine whose collaboration on the documentary This is Football: Redemption earned them an Humanitas Award complete with a $10,000 prize that they chose to donate to Common Goal.

This is Football: Redemption tells the story of a group of Liverpool fans from Rwanda set against the backdrop of a country still affected by the horrors of the 1994 genocide.

John has visited Rwanda as a journalist numerous times since 1994 and the power of football is something that not only captured his attention but stayed with him throughout the years.

“Along the way I saw time and time again the healing influence of football,” he said.

“The idea stayed with me and to have a chance to dramatize it on film under James’ leadership was an unmissable opportunity. 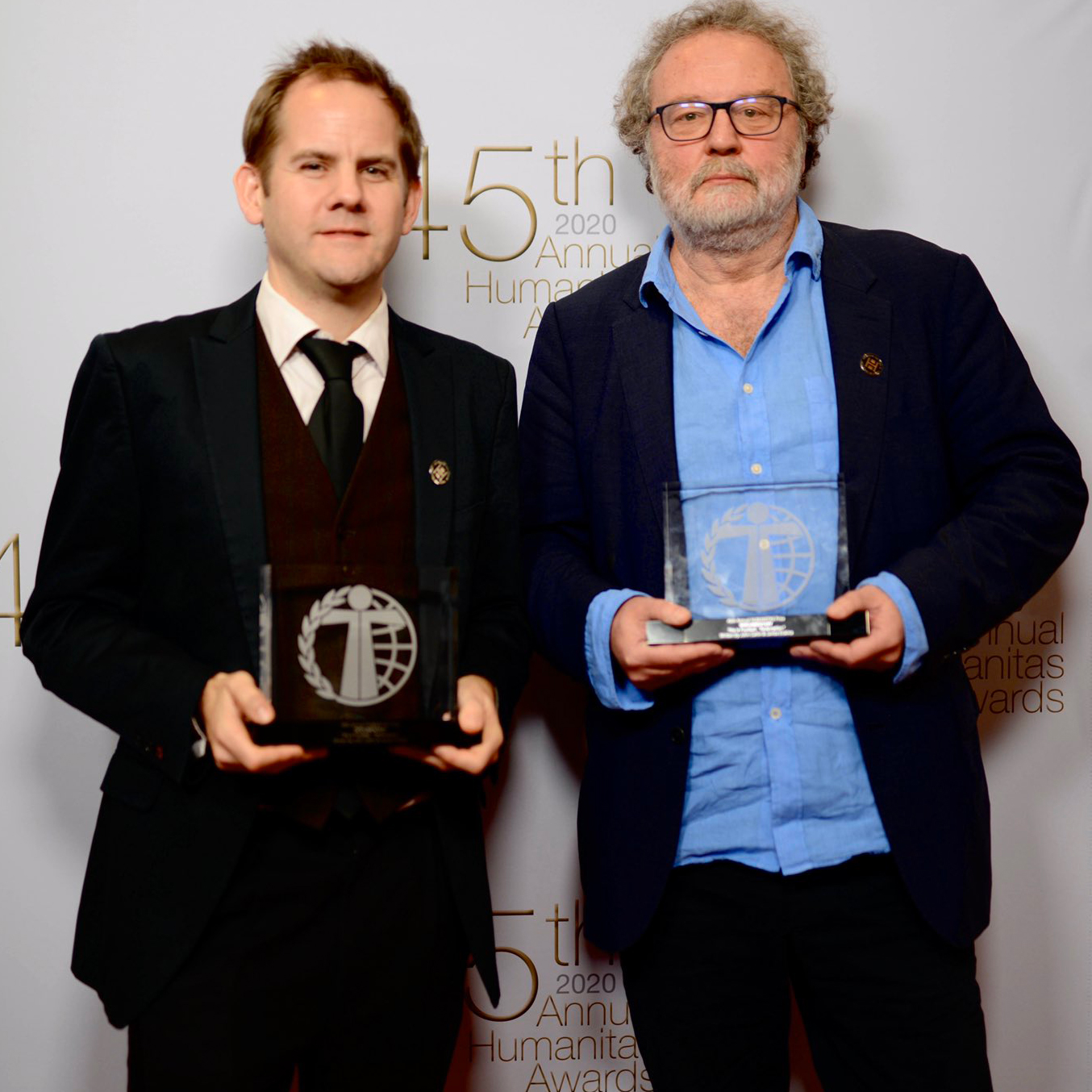 “We arrived with a strongly developed sense of football’s capacity to influence lives for the better and in Rwanda we saw the thesis tested to extremes.

“What we learned was that football was even more of a force for good than we had imagined. It is almost impossible to conceive of a country more damaged and more ripe for vengeful violence than Rwanda.

“Football has played an important part in ensuring quite the opposite outcome: a nation at peace, more prosperous than it ever has been.”

This is Football: Redemption was released on Amazon Prime in 2019 and claimed the Documentary award at the Humanitas awards in February.

And for the pair there was no doubt that donating the $10,000 prize to Common Goal would be the best way to ensure a lasting and impactful legacy for the film beyond the screen.

“We have both met Juan Mata a number of times and know him to be a thoroughly good and thoughtful man (as well as a terrific football player!) It follows that any cause he spearheads is worth supporting,” said James.

“We both share Common Goal’s principles and aspirations: football is not only the world’s leading religion, in terms of numbers, it has the power to improve people’s lives and make the world a brighter place.

“And having found a football story in Rwanda that allowed us to make a film we are proud of, it felt right to share the spoils of our success with people who can put the Humanitas award money to far more valuable use than we could in our own relatively pampered lives.”