A conversation with: William Troost-Ekong

In action to help eradicate Neglected Tropical Diseases. How the Udinese and Nigerian player is using his membership of Common Goal to make a difference in Nigeria.

Before joining Common Goal in March 2018, Wiliam Troost-Ekong admits that he knew nothing about neglected tropical diseases (NTDs). The term refers to a diverse set of parasitic and bacterial infectious diseases that affect more than 1.7 billion of the world’s most impoverished people – among them are over 1 million children.

The player for Italian club Udinese and the Nigerian National Team learned that, every year, thousands of people are still dying from diseases that can be prevented. He also found out that 600 million people in Africa need treatment for neglected tropical diseases, 120 million alone in Nigeria, the birth country of his father.

The 26-year-old centre-back decided to become part of the collaborative effort to tackle this issue through his membership of Common Goal. In 2018, Common Goal and streetfootballworld had teamed up with The END Fund, a private philanthropic initiative with the sole purpose of ending the most common tropical diseases. Through this alliance, a project was launched in collaboration with local football-based organisations Youth Empowerment Development Initiative (YEDI) in Nigeria and Espérance in Rwanda to inform at-risk communities about NTDs and to provide them with the treatment they need.

We speak to William Troost-Ekong about how he is using his platform as a footballer to ensure that many more people are informed about NTDs, how he initially became involved in Common Goal, and what his vision is for building on the first chapter of his engagement with the movement in the decade ahead. 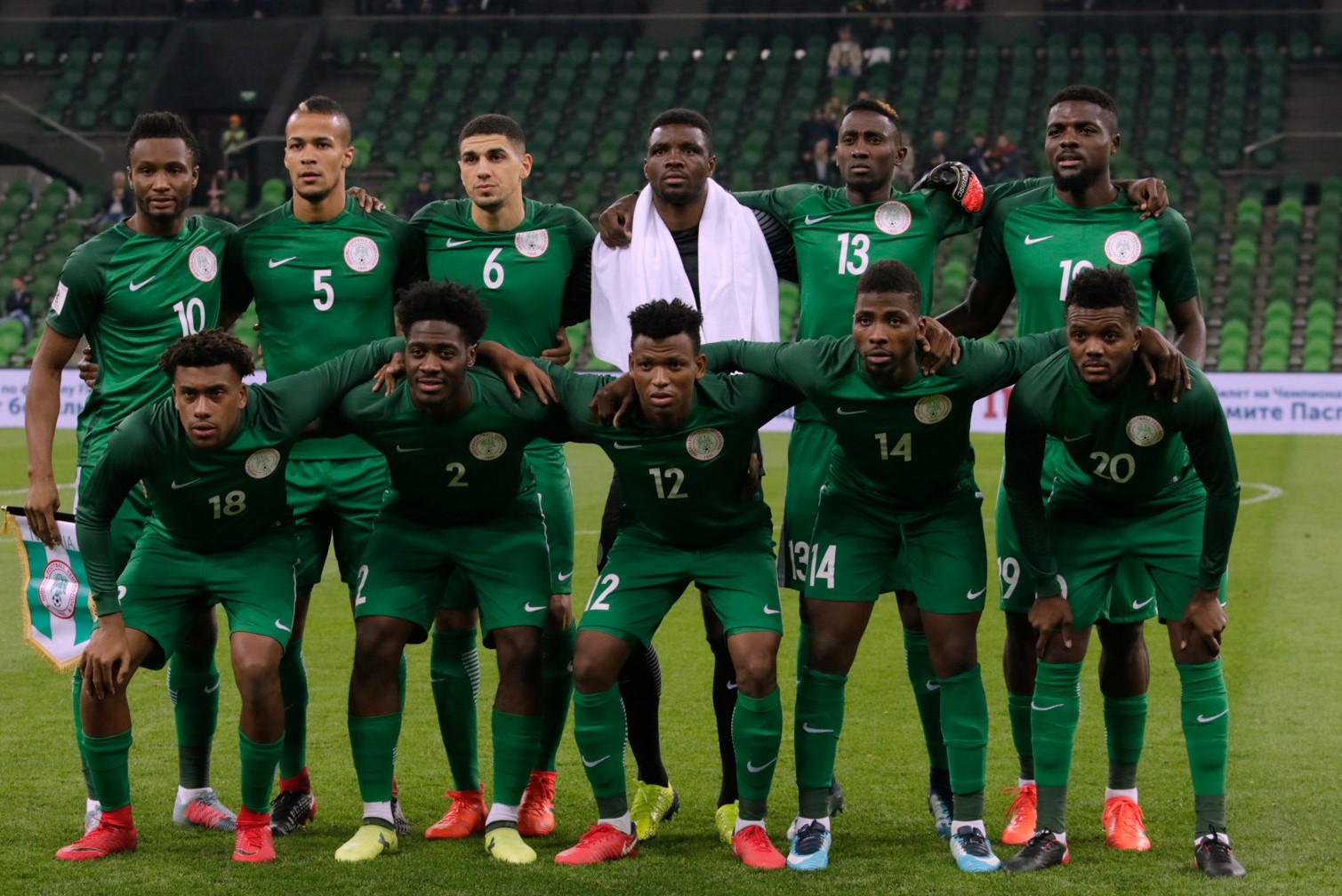 WHY IS IT IMPORTANT FOR FOOTBALLERS TO SPEAK OUT AGAINST ISSUES LIKE NEGLECTED TROPICAL DISEASES?

So, it is obviously something that I am now doing publically because the idea is to raise awareness for it. I see quite a lot of footballers who are doing their own charity work which is not always in the public eye. It was also not my goal to raise awareness for me, but this particular campaign needs the attention and that’s why I think it is good to try and talk about it as much as you can.

HOW DID YOU FIRST HEAR ABOUT NTDS?

When I started working with Common Goal, we went through the different projects that I could be a part of. When they told me about NTDs, it wasn’t something that I was aware of myself. Of course it comprises of different sorts of diseases. For me, what was astonishing is the fact that The END Fund was already doing work and that the treatment is free for people and they just need to be aware of the situation. It seemed like a perfect initiative to start my Common Goal journey with.

WHAT IS SOMETHING ABOUT NTDS THAT YOU DIDN’T KNOW BEFORE, BUT NOW KNOW, THAT YOU THINK IS IMPORTANT TO SHARE WITH THE GENERAL PUBLIC?

I didn’t know that there were so many diseases that were preventable and curable by, sometimes, only one form of medication. I am sure a lot of other people didn’t know that either. I think it is a great lesson to learn as well as the availability of these medicines for everyone.

YOU HAVE A PARTICULAR PUBLIC SERVICE HEALTH CAMPAIGN RUNNING IN NIGERIA AT THE MOMENT. TELL US ABOUT THE CAMPAIGN AND HOW YOU CAME TO BE A PART OF IT.

The fight against NTDs is a great campaign because it affects millions of people in West Africa and Nigeria. To be on TV in Nigeria now is probably the best way of spreading the word. It has been on radio and TV stations and been translated into different languages. The whole idea is to raise awareness because the treatment is free but people just have to know about the possibility of getting the treatment and hopefully, it can prevent a lot of people from getting sick.

YOU AND YOUR SUPER EAGLE TEAMMATES ARE TRULY A FORCE FOR GOOD - HAVE YOU SPOKEN TO THEM ABOUT COMMON GOAL AND/OR ABOUT NTDS?

Of course, when we spend time together we talk about so many different topics and people see what I am involved with on social media as we all follow each other a lot of the time. Everyone is aware of the campaign and I was glad to see Leon Balogun join [Common Goal] as well and hopefully more players will get involved with Common Goal and from there on, everyone can choose different projects to be a part of. I think the main thing is awareness, and somehow just by retweeting and also supporting a campaign that can already have a lot of impact on other peoples’ lives. But, I also see a lot of charity work that is not necessarily publicised. I think there is a great awareness in the form of the responsibility within the team now for us that are sort of privileged to try and give back to our communities and Nigeria because we’re a country that could improve a lot. So, it is fantastic to see that the guys are involved in different projects.

HOW DO WE GET MORE FOOTBALLERS TO FOLLOW IN YOUR FOOTSTEPS AND SUPPORT NTDS - DISEASES THAT AFFECT THE POOREST OF THE POOR AND PREVENT COMMUNITIES FROM LEADING HEALTHY AND PROSPEROUS LIVES.

I think that the main thing is spreading the word. The football world is quite a small bubble when you really get into it. Often, you might have played against different players, you meet a lot of players when you change teams and if you’re privileged enough to play for the national team you normally play with players who have quite a following or a voice within their countries. The main thing is by talking about it openly and also for other players to know that whatever you decide to donate might not seem like much for one person relatively, but it can help so many more people.

WOULD YOU BE INTERESTED IN GOING WITH COMMON GOAL AND THE END FUND TO NIGERIA TO SEE HOW THESE DISEASES AFFECT COMMUNITIES?

That is another great way of doing the work. Unfortunately, I’m quite strapped for time because I have my responsibilities here in Italy and, when I do have some free time, I always seem to be with the national team in camp. I have limited windows of opportunity, but I think during the summer break I might have a little bit more time and an opportunity to get involved and also visit some of these sites and hopefully speak to some people and interact and see how I can help.

WHAT IS YOUR MESSAGE TO YOUNG PEOPLE ABOUT NTDS?

The main thing is that treatment is available in many different places. My message to young people is to be informed because it can benefit you or your families’ lives.

WHAT IS YOUR VISION FOR THE DECADE AHEAD AND HOW ARE YOU LOOKING TO GROW THIS CAMPAIGN TO BIGGER THINGS?

I am a part of the YEDI Skills Programme which is run now in Lagos and I am hoping to expand every year. I want to keep the awareness relevant and find new ways to spread the word every time. Of course, when we have big tournaments like the AFCON this past summer, it is a fantastic point to up the campaign and use that platform not just to focus on us but what we can do for the country. The idea is that every year we expand so that’s a good thing to have from Common Goal so they have great ideas they think with me and they help me to choose different projects. Like with The END Fund – I wasn’t aware about the NTDs and, just because they made me aware, that gave me an opportunity to work on that. Hopefully, every year we can expand and let’s see what we can do during my footballing time.

HOW DID YOU FIRST GET INVOLVED IN COMMON GOAL AND DECIDE TO JOIN?

I read about the initiative, then we got in contact with them. I thought it was a fantastic idea. I think it is, somewhat, the responsibility of us football players to give something back to our communities and for the whole world because we are privileged, that’s why I decided to join Common Goal. I thought that if we united more as football players, then we can have more of an impact.

HOW DO YOU SEE THE COMMON GOAL MOVEMENT EVOLVING IN THE NEXT 10 YEARS?

I think it is good to see now that there are more and more players joining, I think that’s the main part to see that Common Goal is growing. We have seen some other football clubs joining which I think is a great initiative as well. Hopefully, it will become something that is second nature in the football world and the more players and clubs that get involved, [the more] it can become something that is globalised and a part of modern day football in the future.